Karim Benzema was targeted with a laser pen by fans moments before keeping his cool to slot home a stylish Panenka penalty in Real Madrid’s defeat at Manchester City.

The pulsating Champions League semi-final encounter saw City take away a 4-3 advantage at the Etihad Stadium, but Benzema’s spot-kick eight minutes from the end to complete the scoring in a seven-goal thriller could prove critical in the tie.

The striker was already under pressure to put the Spanish side back into contention following Aymeric Laporte’s handball to help give Carlo Ancelotti’s side renewed hope heading into the second leg, but he also had to deal with outside influences. 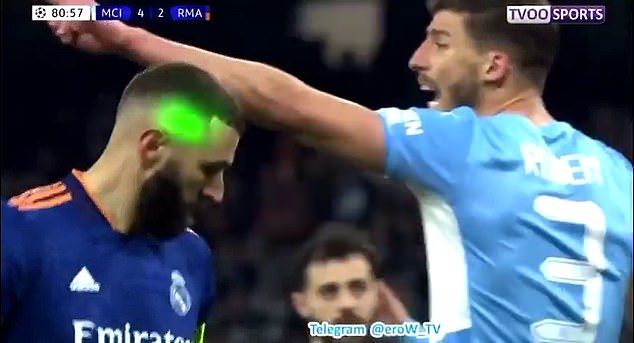 Primary those included attempts by supporters to put him off after a laser pen targeted his face just seconds after he started to walk back to take the spot-kick.

The veteran striker though showed no reaction to the laser, as well as Ederson’s attempts to put him off by waving his hands on the goal line, as the striker audaciously chipped the ball down the centre before going off to celebrate.

It’s not the first time a player has been targeted by laser pens while taking a spot-kick recently. 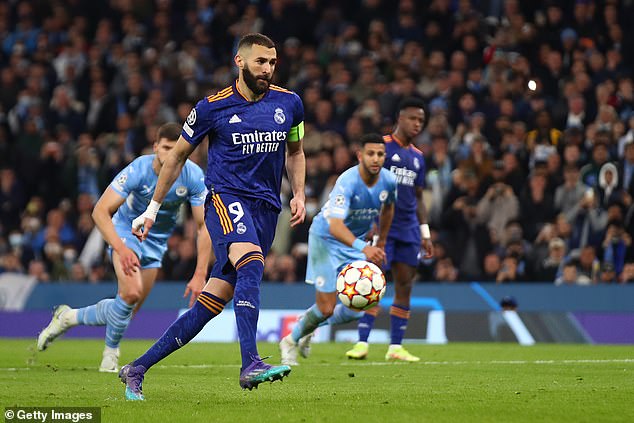 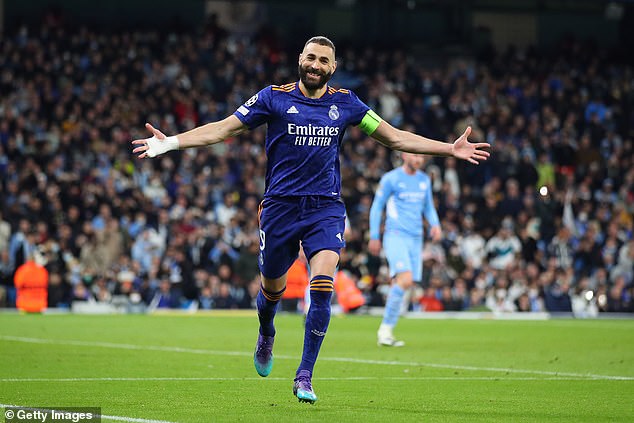 Liverpool’s Mohamed Salah was targeted by numerous lasers before blazing over a penalty in the shootout in Egypt’s crucial World Cup qualifier defeat by Senegal last month.

Benzema’s spot-kick was a reflection of his excellent contribution to Madrid’s attack having also helped them pull a goal back at 2-1 half-an-hour into the tie with a precise volley past Ederson during the first half.

Vinicius Junior was also on target for the visitors, with Kevin de Bruyne, Gabriel Jesus, Phil Foden and Bernardo Silva all finding the net for the Premier League leaders.

Madrid will now be hoping that Benzema can maintain his form heading into the second leg that takes place on May 4.