Karim Benzema is enjoying the finest season of his career

Karim Benzema is often a quiet figure in the dressing room, but there are pointed moments when the striker feels the need to speak up. One came at half-time during the Champions League second leg against Paris Saint-Germain when Real Madrid were trailing 2-0 on aggregate and seemingly heading out at the last-16 stage without much of a fight.

“Do not panic,” he told his teammates. “Because PSG will panic. We’ve seen it before. We only conceded because we were attacking. There’s no shame in that. Be careful for the counter-attack but, if we press them, they will panic.”

Then came the rallying cry. “We are Madrid. We never give in.”

Those words have come to define their Champions League season. They have been repeated among the squad at so many crucial moments, right up to the break before extra-time in their quarter-final against Chelsea.

Madrid didn’t give in. They kept going. Benzema gave even more, scoring yet another crucial goal – and another late goal – to make it seven in these knockout stages alone. 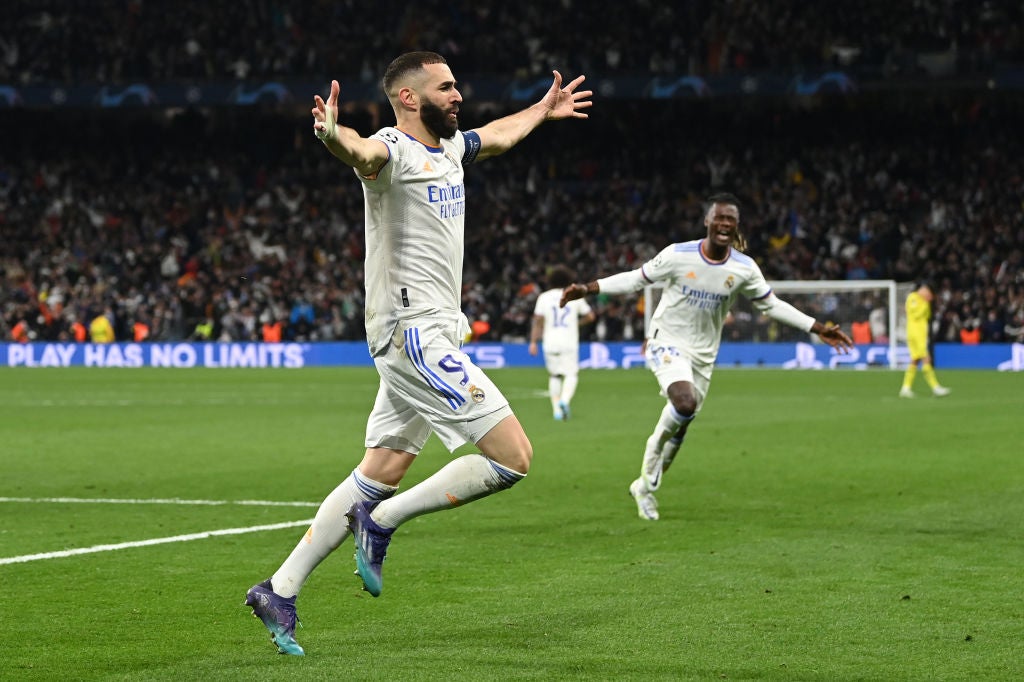 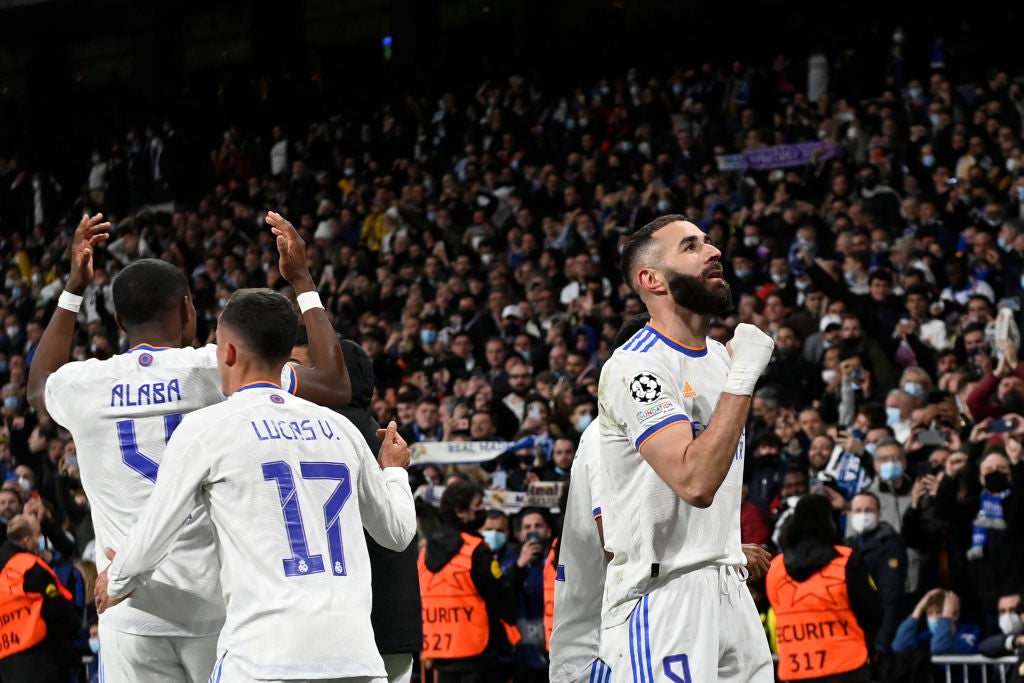 It is a level of influence that has so far gone beyond most Champions League campaigns from even Cristiano Ronaldo and Lionel Messi. Even at their peak, they were rarely as dominant as Benzema has been this season.

This is the level we’re talking about from the forward, and at the age of 34.

It is not just something Manchester City have to stop, though. It frames their entire semi-final with Madrid.

The theme of this tie, and much of this campaign, is Champions League totems seeking to defiantly show the value of experience; to persevere when few expect it.

Benzema personifies some of the few qualities that Pep Guardiola’s side still lack.

Because, when you stand back, there is little doubt that City are the superior side. They’re closer to their prime, they have probably been the best team in Europe for the past five years.

The financial aspect of their superiority is one reason why City currently look likelier to sign Erling Haaland over Madrid, but that pursuit also points to the obvious flaw in their squad. It is a gap shaped like Benzema.

Not even the best sides are perfect, after all, and the Champions League has a habit of exposing these imperfections to a more exacting degree than any other competition. It has only occasionally been won by the best team in Europe, as Guardiola knows all too well.

Madrid know that all too well, but from a different perspective. There is an argument they were only the best side once in their four victories of the last decade, in 2016-17. That was the only time they also won the Spanish league, to go with the Champions League. 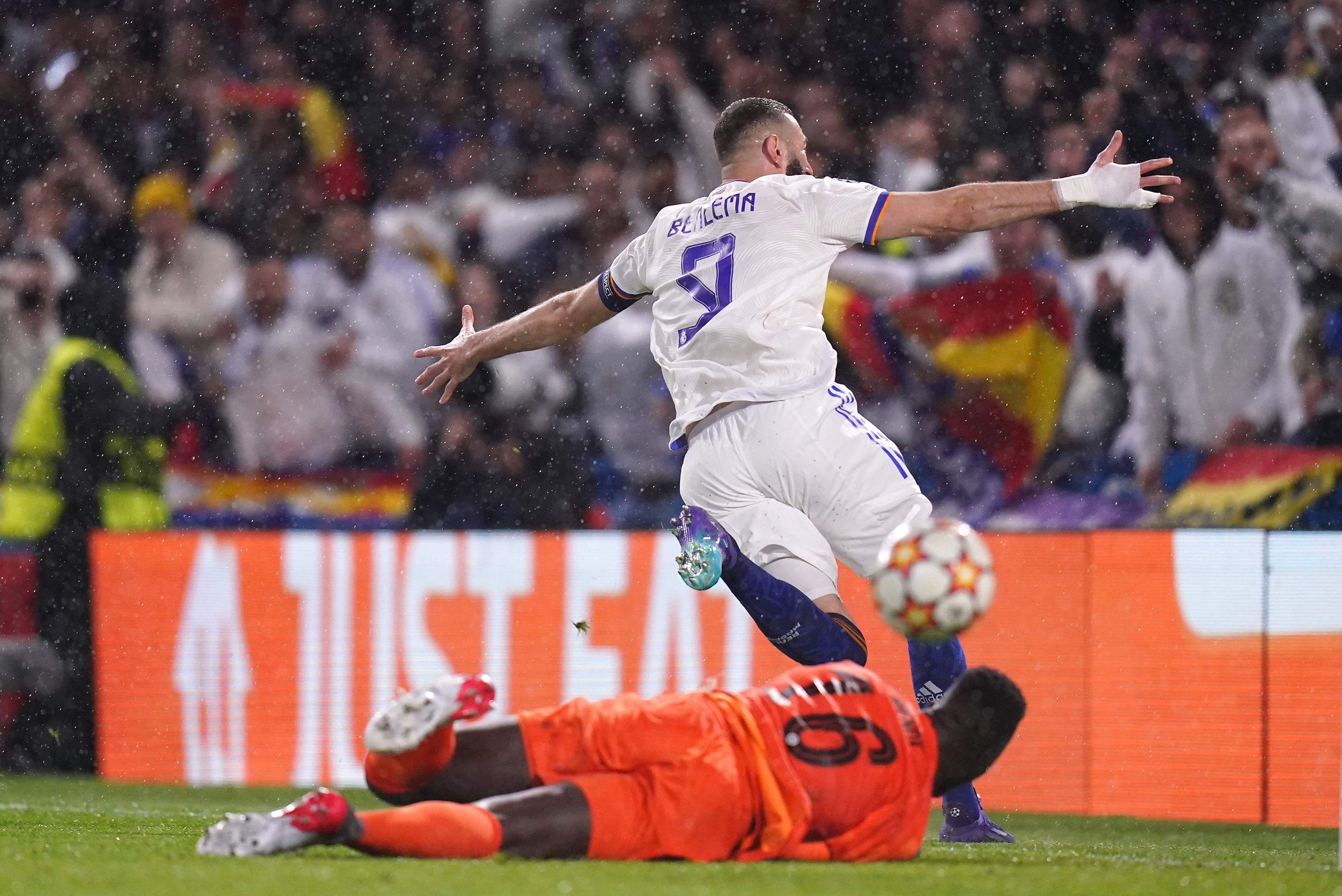 The difference, in so many senses, was that they just had a feel for Europe; a nous for when to keep it tight, when to raise it, when to strike and win.

This season has seen a restoration of so many of those qualities. That is not just about the return of Carlo Ancelotti, Benzema and Luka Modric’s best form, or purely psychological values. It is about base physicality, too.

Ancelotti brought back conditioning coach Antonio Pintus. As well as Juventus in the 1990s, Sunderland during their late survival rally in 2013-14 and Antonio Conte’s Internazionale, the Italian had worked with Madrid during their Champions League-winning seasons of 2016-17 and 2017-18.

He is credited with a conditioning programme that has restored Madrid to relentless levels, and lifted Benzema and Modric to new peaks. It is remarkable that the club’s most influential players have a combined age of 70, but then this is a team that seems to defy time in so many senses.

Madrid have scored 22 goals after the 80th minute of games in the league and Champions League this season, with eight of those coming between the 85th and 90th minutes, and another eight coming after the 90.

Of those 22, a majority of 12 have been crucial to the end result. Nine of those have come after the 85th minute.

This is why City just won’t be able to rest, no matter how much control they have over the tie as a team. Madrid have proven they can undo an entire night’s work in an instant, through individual inspiration. It is most likely to come from Modric or – above all – Benzema. How Guardiola could still do with both.

Even with a midfield as fluid on the ball as City’s, Modric could still elevate the level, and how they miss someone like Benzema at the top. There have been times watching him for Madrid where it feels like the French star is perfect for what Guardiola wants. 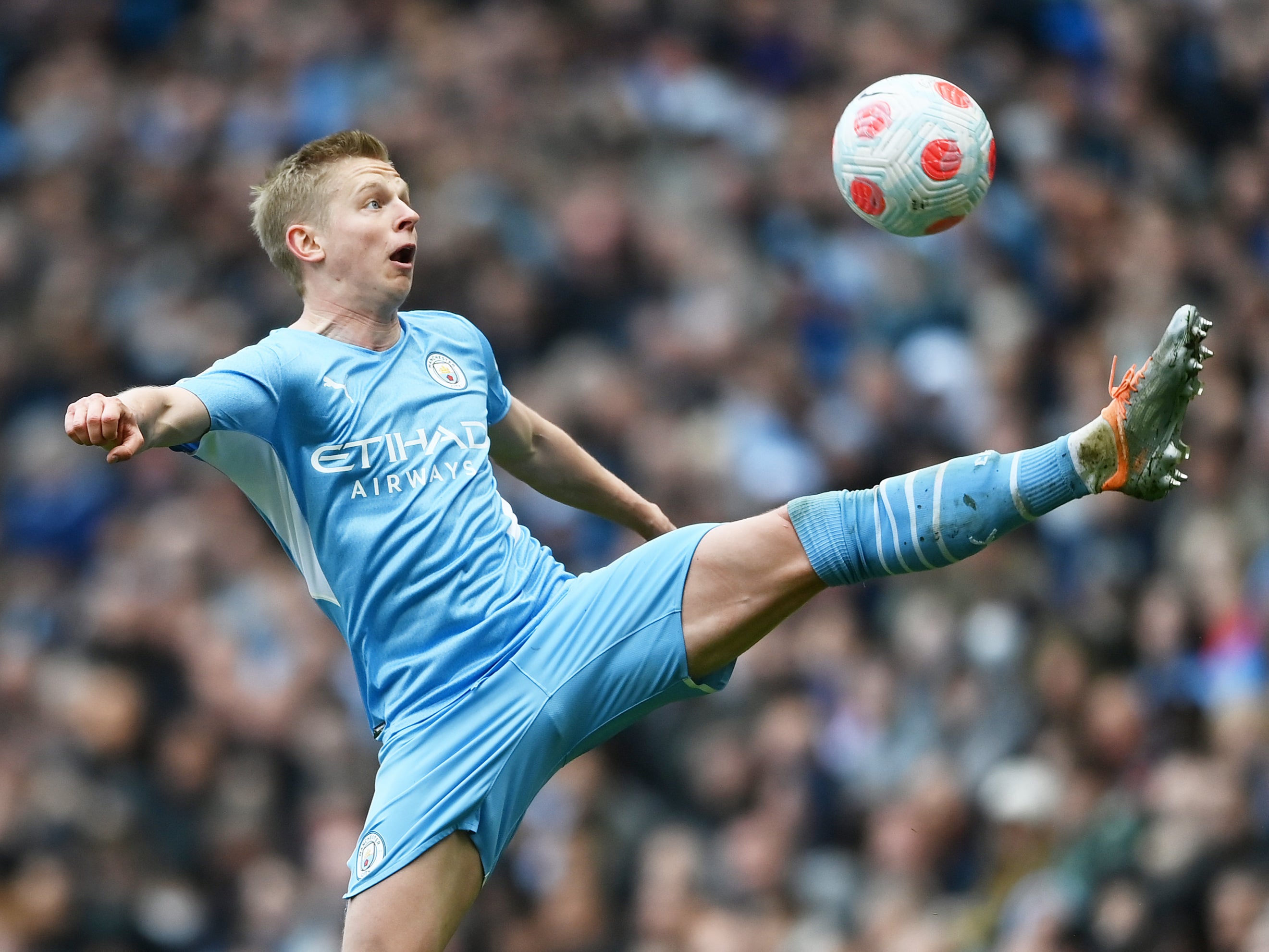 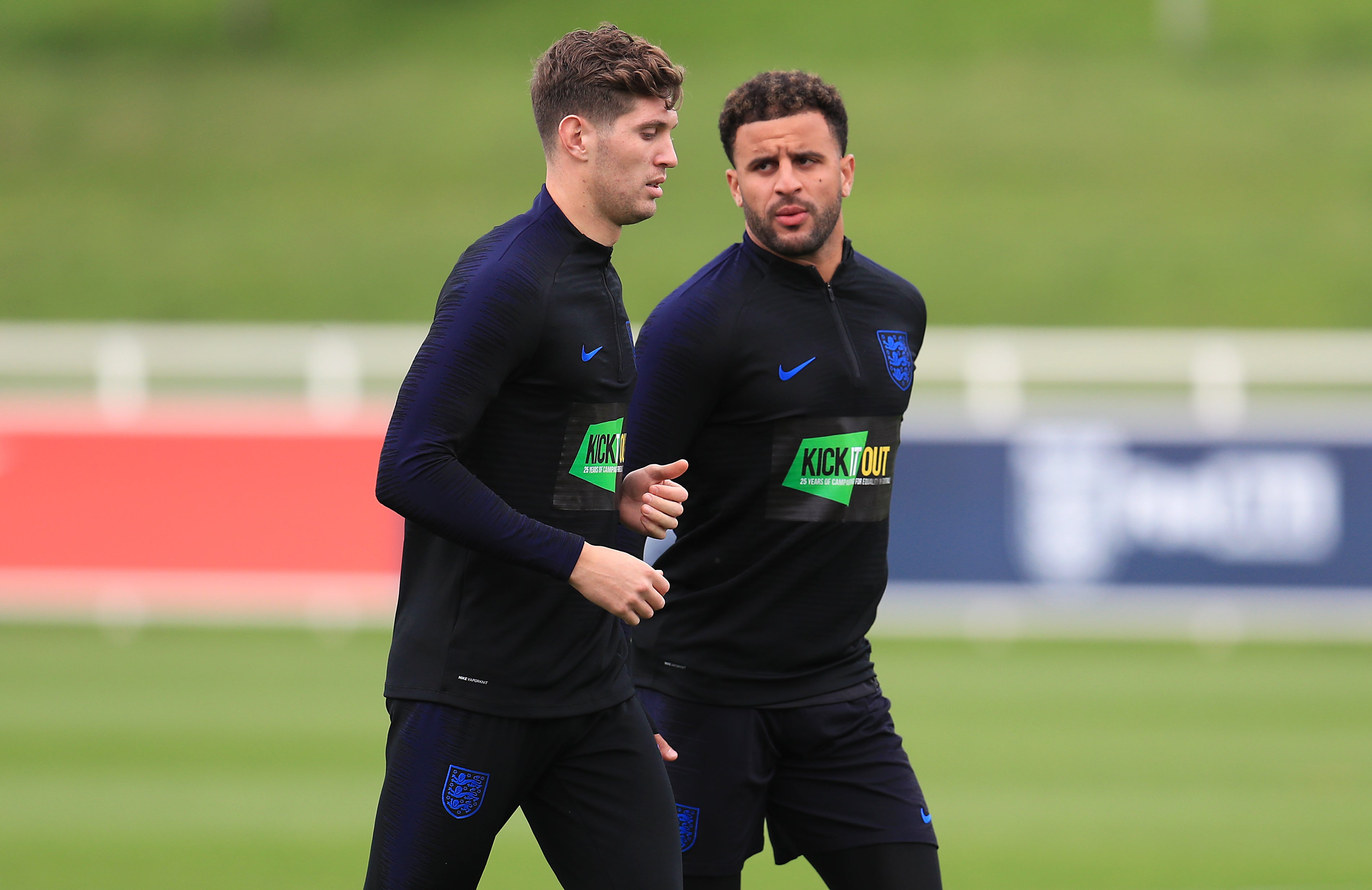 He can do it all. His goalkeeper Thibaut Courtois says he is the striker that is the most difficult to defend because of the unpredictability of his movement. Hence so many examples of Benzema catching goalkeepers out, as with both Gigi Donnarumma and Edouard Mendy this spring.

The overall assessment within Madrid, meanwhile, is that he is a striker with the abilities and vision of a midfielder. Again, utterly perfect for Guardiola – but maybe less than ideal for this match.

An irony is that, although Benzema is more capable than almost anyone at working within the kind of tactical rigours that Guardiola imposes, he is greatly enjoying the freedom.

This is what figures at Madrid say has made such a difference in the last two years. Benzema loves to wander. It has allowed him to express himself, which is the real difference between before and now. We’re seeing the true Benzema, as he truly fulfils his talent, pushing himself to the limit.

That will be the least required against City. As brilliant as Benzema has been, and as laudable as Madrid’s resilience is, there was still a sense their two victories so far were more about the opposition. PSG imploded in that PSG way. Chelsea were undercut by the uncertainty around the club.

The only uncertainty around City is that doubt around the Champions League. Madrid will attempt to bring that out. They will look to keep it narrow and stop Kevin De Bruyne, just as Atletico Madrid attempted. They also know they have more weapons than their city rivals. They have Benzema. They have a rare resilience, entirely bound up in what the Champions League is. This is something City, for all their riches, haven’t yet developed.

Madrid never give in, is the cry. They’re also going to have to give more. Benzema, however, is ready for that.