Phillips excited to work under Guardiola after joining Man City

Manchester City midfielder Kalvin Phillips has explained there “was never any chance” of him signing for Manchester United this summer. The England international left Leeds to join the Premier League champions earlier this month after previously attracting attention from the Red Devils.

Phillips, who made 232 appearances for Leeds after coming through their academy, said: “Going to United? No, there was never any chance of me going there. You know my loyalty to Leeds. My family as well – they’re all Leeds fans.

“I was honoured that United wanted me – such a big team and one of the biggest teams in the world. But no, I had to stay loyal to Leeds and choose to go to the other side of Manchester.

“It’s just the way I am, the way I think and the way I’ll always be. I want to be loyal to the people who’ve given me the biggest opportunity in the world. Leeds were the first team to sign me – I made sure that was one of the main things I’d do.” 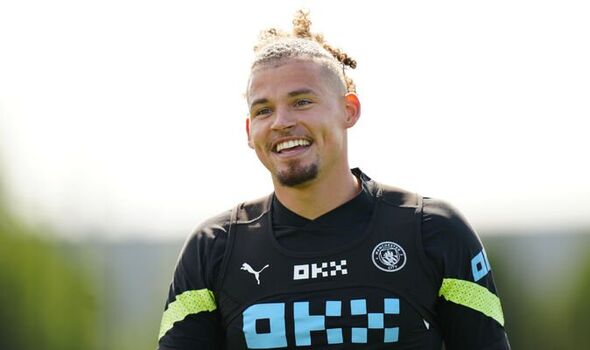 Phillips, 26, got his first taste of senior football with the Whites in 2015 and became a first-team regular during the 2016/17 campaign. The ace made 163 Championship appearances for his former employers and helped the side win promotion back to the Premier League in 2020.

He has excelled in the top-flight and has been rewarded for his fine performances with international recognition. The player has won 23 caps for England and was a key part of Gareth Southgate’s Three Lions side that reached the final of last summer’s Euro 2020.

United had been linked with Phillips following his outstanding international displays 12 month ago. But they ultimately missed out on landing him as he put pen-to-paper on a six-year contract at the Etihad Stadium. 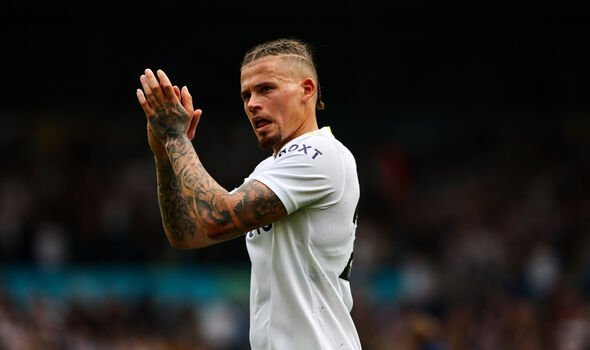 Phillips is currently with the City squad on their summer tour of the USA. And the star has revealed he has been chatting to Erling Haaland, who was born in Leeds as his father Alf-Inge also played for the Yorkshire club.

The Englishman added: “It’s been nice to see Erling and speak to him about Leeds and where I’m from and where he was born. He’s a big fan of Leeds, so he tells me. But I don’t know if he’s more Leeds than City though.”

Phillips has enjoyed a rapid rise to prominence over the last two seasons. And he will be hoping his performances during pre-season will be enough to convince City boss Pep Guardiola to throw him into the team when the Citizens begin their Premier League season against West Ham on Sunday, August 7.