A day after Ronaldo agreed to rejoin his former club Manchester United, Juve were downed by a first-half goal from Leonardo Mancuso.

Juventus coach Massimiliano Allegri said his team cannot think about the departing Portugal forward and must come together to turn things around. 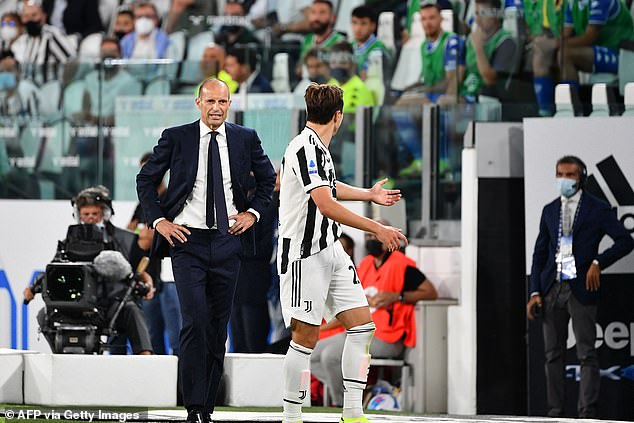 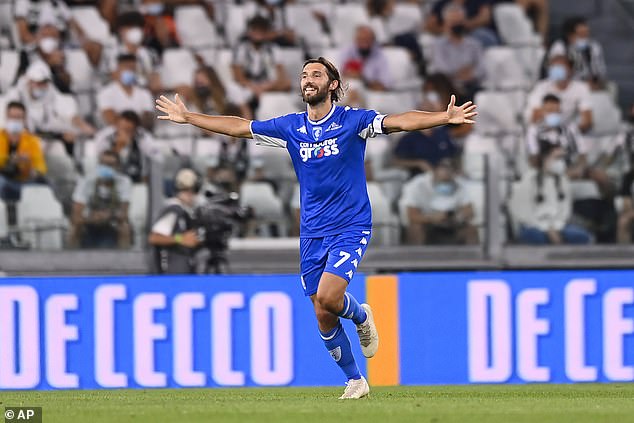 Juve were downed by a first-half goal from Leonardo Mancuso, meaning they remain winless

Juve looked flat in their first home match of the season against promoted Empoli and lost without creating any clear chances.

‘Cristiano spent three years at Juventus, he scored goals, which he is very good at, he’s an extraordinary player, but we cannot think about Ronaldo from now on,’ Allegri told DAZN.

‘I have a fine squad, we simply must realise that we can’t just dominate every match. We need to come together and this will help us for the future.’

Juve also dropped points in a 2-2 draw in their season opener at Udinese after being two goals up, with substitute Ronaldo denied a stoppage-time winner by VAR in his last appearance for the club. 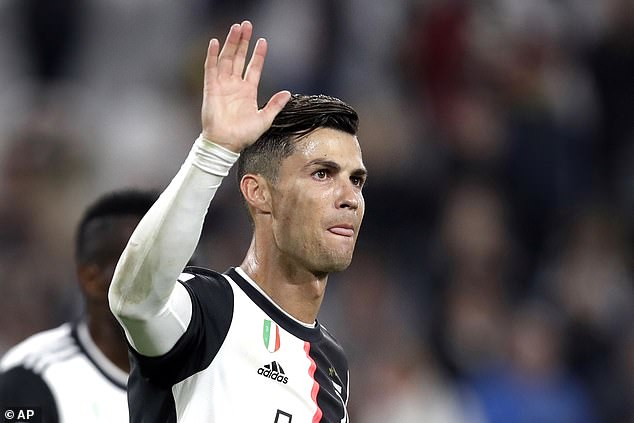 ‘We need to work on our solidity, but these two slip-ups will inevitably do us good. This is a strong squad, it has values and gradually they will emerge,’ added Allegri.

Only Federico Chiesa really tested Empoli keeper Guglielmo Vicario, who did not make a save in the second half, as Leonardo Mancuso got the winner and Juve were jeered off the pitch.

‘The lads had started strongly, they then conceded at the first mistake playing out and got too panicky,’ said Allegri.

‘We must have the patience to approach games calmly, play as a team and not try to resolve things as individuals.

‘There have been too many players who have done things poorly who don’t usually drop to that standard.’ 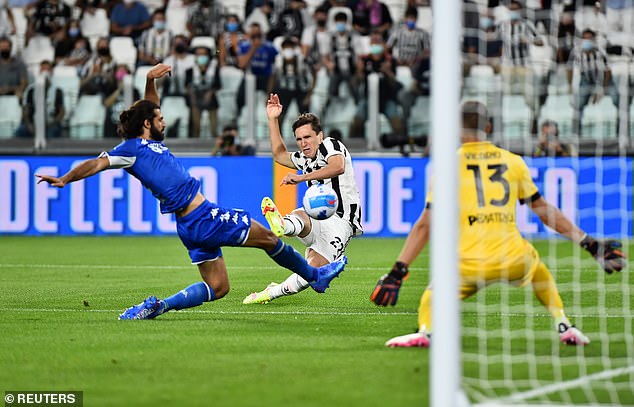