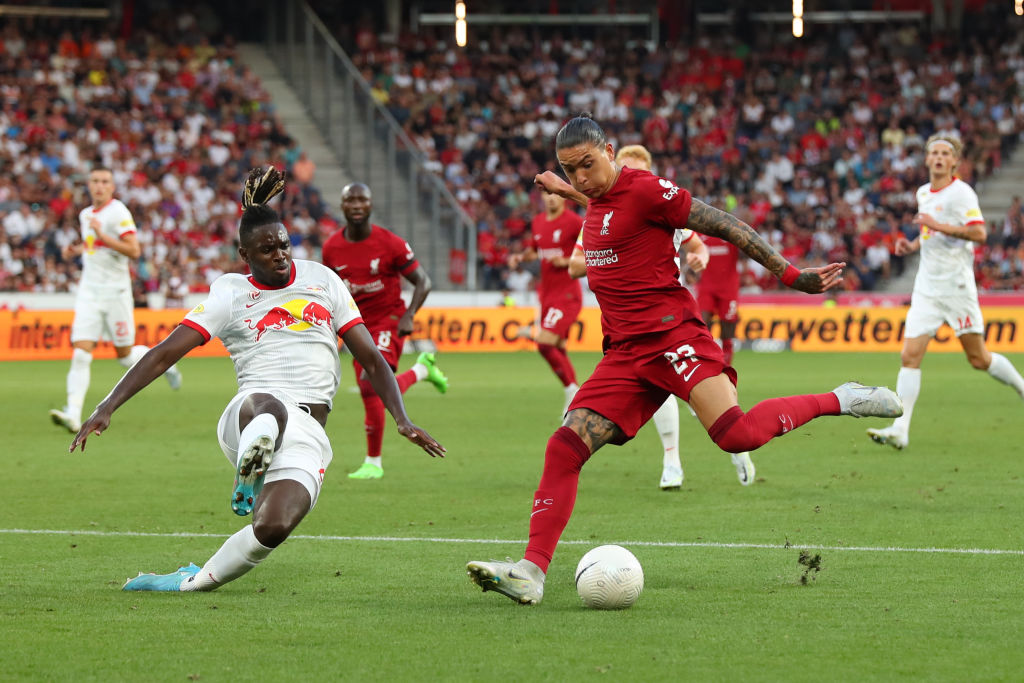 Jurgen Klopp defended striker Darwin Nunez after a forgettable performance from the new signing in Liverpool’s 1-0 friendly defeat to Salzburg on Wednesday night.

The 23-year-old only played the first half in Austria before he was replaced by Roberto Firmino at the break, with the Reds going on to dominate the second half without managing an equaliser.

Nunez struggled to make much of an impact at all in the first half, but Klopp said that was more down to the lack of ammunition he was provided by his teammates.

The German said that his new striker would have been very threatening in the second half, when the likes of Mo Salah, Luis Diaz and Trent Alexander-Arnold had come on and were providing better balls in.

‘We set the boys up and it’s all fine, they can do much better and they had good moments as well,’ said Klopp. ‘But especially the first half, the majority of players have to get used to what we do.

‘Darwin was much too often alone. Everybody dropped, everybody was involved in the build-up but too wide and we could only pass the ball to Darwin in the box.

‘He had his moments and nearly scored, but he needs much more support around him. You keep other players busy that they cannot focus on him. So many things.

‘Second half, imagine now Darwin would have been there in the box, that would have helped as well. It is like it is – doesn’t feel great, but we take it and go from here.’

Klopp was not best pleased with some heavy challenges from the home side, particularly in the second half, although he insists that it will not be keeping him up at night.

‘For Salzburg it was definitely no friendly,’ said the Reds boss. ‘For us not as well.