Jude Bellingham has urged his fellow footballers to get vaccinated – with England boss Gareth Southgate also reiterating his advice for players to be jabbed.

Borussia Dortmund and Three Lions midfielder Bellingham, 18, revealed he has had both of his Covid-19 vaccinations, as well as a booster. 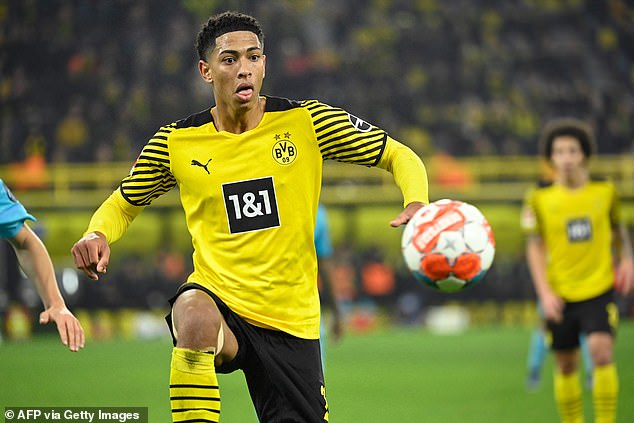 Bellingham has returned to England for Christmas with the Bundesliga now on a winter break.

‘It is a personal choice for me. I have had both the jabs and a booster, just to be safe. I don’t want to be passing anything to my family or be missing games myself. 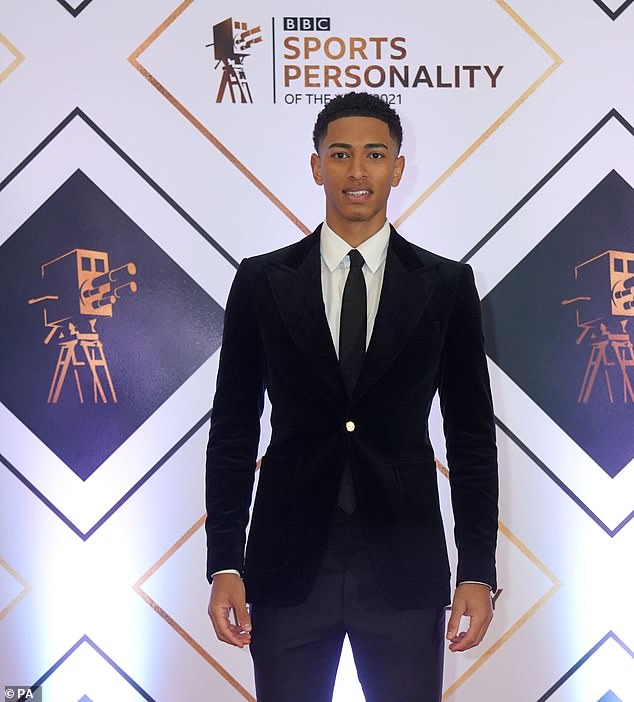 ‘If people choose to get it, then they should get it. If they don’t, they should have a look at reasons why. It is not for me to sit here and say everyone has to get vaccinated but I want everyone to be safe so I would probably advise them to get it.

‘I am out in Germany and it is going quite well. We have fans starting to come back into stadiums a bit slower than England but vaccine rates for players are a lot higher.

‘That may be one thing they need to look at and also the fans, making sure they can go to the games safely is the most important thing.’ 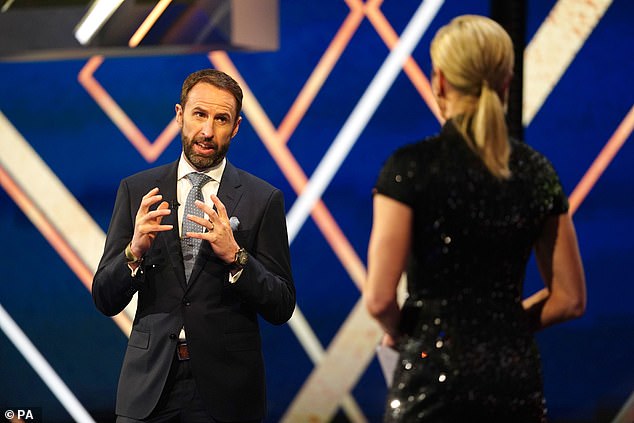 Gareth Southgate was alongside his England player Bellingham at SPOTY, where he won Coach of the Year.

‘We all have that responsibility to think of other people as well as ourselves at times like this,’ he told BBC Breakfast.

‘I don’t see another way out of the situation we’re in (other than being vaccinated). We won’t get clear unless the numbers are high.

‘I think we’ve got huge medical experience and if you’re listening to the right experts, that should give people comfort in that situation.’