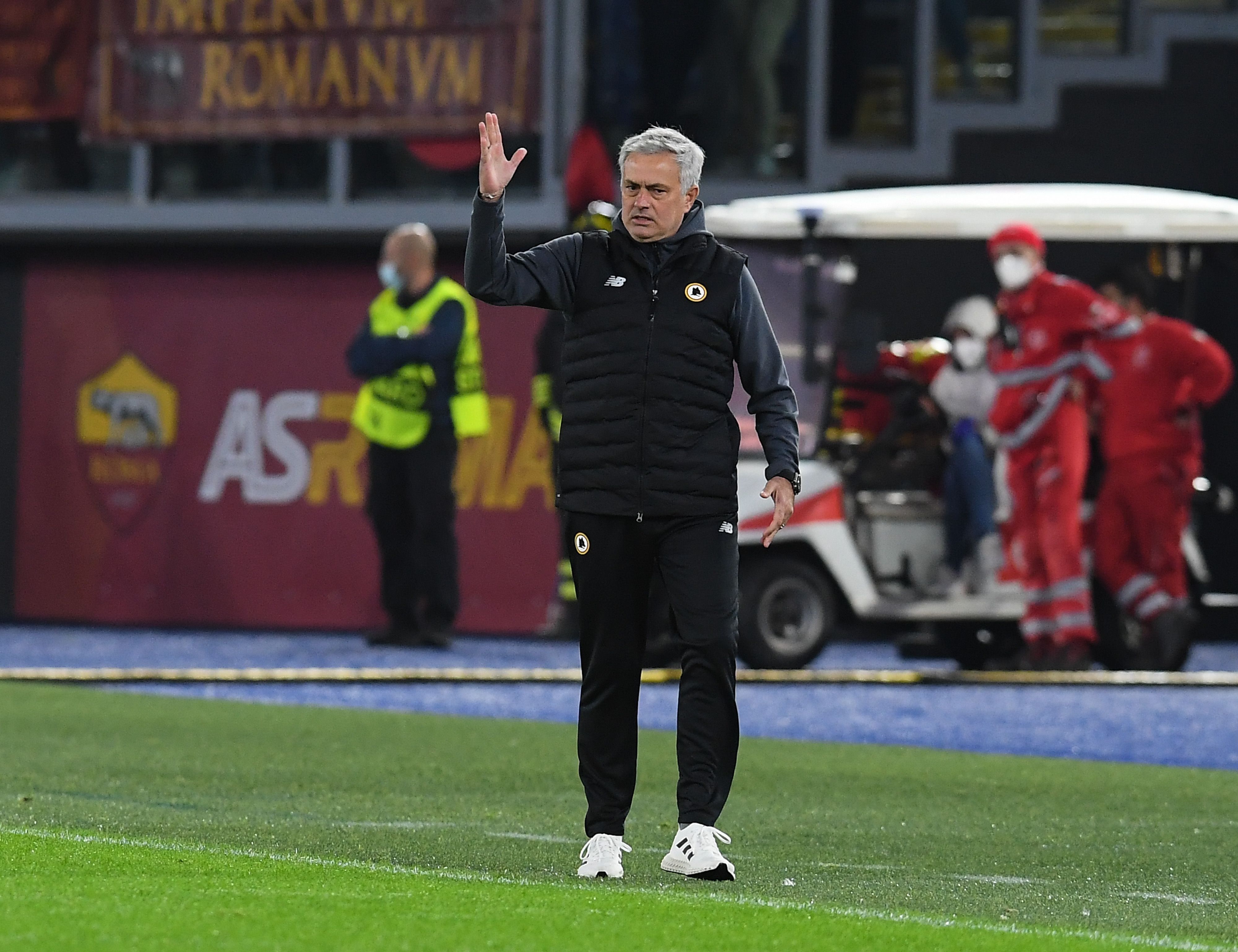 Jose Mourinho once again took aim at the referee as his side were denied two penalties in Roma’s 2-2 draw with Bodo/Glimt.

Roma fell behind twice at the Stadio Olimpico and needed goals from Stephan El Shaarawy and Roger Ibanez to rescue them a point in the Europa League Conference.

Mourinho took responsibility for making several changes in the reverse fixture last time out as they suffered a humiliating 6-1 defeat to the Norwegian side.

The former Chelsea boss has recently vented his frustrations at refereeing decisions going against his side and with no VAR being used in the Europa Conference League, Mourinho let rip at full-time.

‘I think the result is harsh on us. It wasn’t a great performance, we made a lot of technical errors, especially in the first half when playing out from the back. Every time it went to [Jordan] Veretout or [Ebrima] Darboe, we lost the ball,’ Mourinho told Sky Sport Italia.

‘The reality of the game is 2-2, but the two penalties were clear as day. Clear as day.

‘You can talk about whatever you want, but the reality is 2-2, they had two shots on target and two goals. We scored two goals and had two clear penalties denied.

‘I don’t know if they get referees who are poor and starting their careers for the Conference League.

‘I didn’t say anything about the referee in Norway, because we lost 6-1, but here the two penalties were clear.’

Pressure is starting to grow on Mourinho now with Roma winning only one of their last seven matches in all competitions.

The goals have dried up up front with former Chelsea striker Tammy Abraham unable to find the net in his last five appearances.

‘It’s true, [Nicolo] Zaniolo and Abraham are not in good shape,’ Mourinho added.

‘Only El Shaarawy is doing well in attack at the moment, Shomurodov did fairly well off the bench.

‘We can look at those pragmatic statistics, but how many points did we lose because of refereeing errors? Look at the games with Juventus, Milan and Bodo/Glimt.’