Tottenham head coach Jose Mourinho says Gareth Bale’s social media post on Wednesday was a contradiction of reality, after the Wales forward was left out for the defeat to Everton in midweek despite saying he had a “good session” in training.

Mourinho admitted after the 5-4 defeat to Everton on Wednesday that he was surprised by Bale’s injury issue, saying he did not think it was an “obvious, clear injury”.

The Spurs boss suggested Bale himself may not have been responsible for the post which was “totally wrong” and said he will be in contention to feature against Manchester City on Saturday, live on Sky Sports Premier League, if he comes through Friday’s training session unscathed.

“I have to admit that his post created a need of being addressed. There was a contradiction between the post and the reality,” said Mourinho.

“Since the beginning of the season, in relation to everything, I’ve tried to be very private and keep everything indoors but I felt that I needed to address the situation.

“Probably the post was not even his responsibility, but it was showing that training session was ‘great’ and ‘I’m ready’ which was totally wrong. So when questioned I had to give the reality of things.

“I repeat for the last time. He was not feeling good. He asked for a scan. He had a scan. The scan did not show an injury but his feelings were still there but as coaches, medical people we can never go against the player feelings.

Bale has played 230 minutes in the Premier League for Spurs since joining on loan from Real Madrid in the summer, starting twice.

‘Bale’s absence will become a theme if niggly injuries continue’

“Jose Mourinho talked about his surprise Bale was not available for that game against Everton. The last time I checked in with somebody close to Bale he was happy at the club, continuing on. I think we know Jose Mourinho demands a lot out of players and no matter who you are, you could have the best CV in the world – and you look at Gareth Bale’s CV and it’s not too bad with all of the Champions League titles and the goals he’s scored – but you still have to do what Jose Mourinho wants and you still have to adapt to everything.

“So clearly he does not feel Bale – a bit like Dele Alli, in a way – that there’s a space for him in the team at the moment.

“It has been strange to see him come back on this massive deal. Sometimes the view of the manager and the view of the club can differ. There is sometimes a big pressure from the club side, from the business side to get the best out of someone they invest a lot of money in. It’s just not happening for him at the moment.

“There was a hope over the Christmas period that in the second half of the season he would really step up but, with the niggly injuries and not being able to match the intensity Jose Mourinho wants, that’s developing into the next theme.

“No doubt we will hear a lot from Jose Mourinho – he will certainly be asked a lot of questions about Gareth Bale – over the coming weeks if he continues not to play.”

Jose opens up on personal relationship with Guardiola 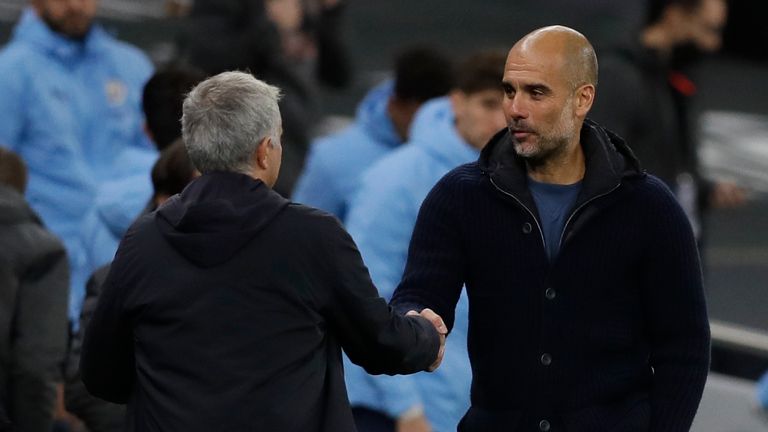 They shared a dressing room together as a young coach and captain at Barcelona in the late 90s, before clashing in heated rivalries across the dugout, most notably with Real Madrid and Barcelona in La Liga and later at City and Manchester United in the Premier League.

Mourinho says despite their public spats in the heat of title races and major competitions, the two hold a long-standing mutual respect privately.

“The problem with us coaches is that is not easy to cultivate or develop friendships because we don’t see each other. We see each other before and after games it is difficult,” Mourinho explained.

“With Pep I keep the three years where we worked together, we saw each other every day, we celebrate together the titles that we won, we were disappointed together when we lost.

“A great period of our lives, him as a player and myself as a young assistant. After that I can only have good feelings with him. I am from the generation where what happens in a football mach stays in a football match.

“There are moments in life where we don’t forget things. One of the things I don’t forget is when my father died, he knew how important he was to me so he made a call.

“Of course when his mum died, I replied the same way. These are the things people do not see. Today I am sharing because I have the opportunity.”

Kane expected to be fit, Lo Celso not close 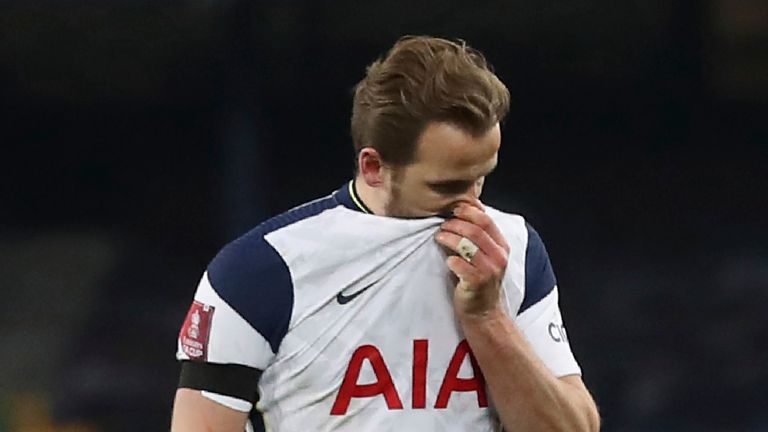 Harry Kane is expected to be fit for Saturday’s game against the Premier League leaders after coming through 60 minutes of action against Everton without any setbacks.

Giovani Lo Celso, however, is not yet close to a return.

“Yes I believe [Kane can play]. He played 60 minutes and no negative feelings. Maybe just a little stiffness,” Mourinho said.

“(Gioviani) Lo Celso is not even close.”