‘Be a clown the way many who dive like they’re in a swimming pool do in this league’: Jose Mourinho encourages his Roma players to dive after he was sent off for contesting penalty decision in defeat to Atalanta

Roma manager Jose Mourinho has suggested that his players should start diving after he was sent off during his team’s 1-0 loss to Atalanta.

Zaniolo was involved in a tussle with Atalanta’s Caleb Okoli but didn’t go down in the box. 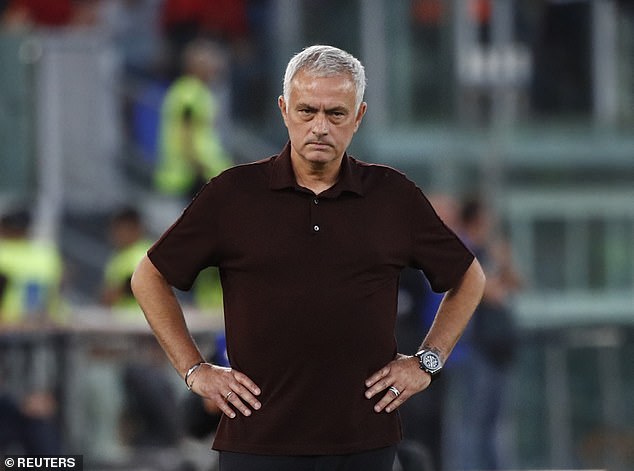 Mourinho was heavily critical of referee Daniele Chiffi and indicated that his players need to dive in order to get penalties.

As reported by Football Italia, Mourinho said: ‘There was a very clear penalty. I asked the referee afterwards why, and asked him to be clear with me that it was because Zaniolo did not go down.

‘So therefore I have to change my advice to my players, I have to tell them don’t try to stay on your feet, don’t play the ball, be a clown the way many who dive like they’re in a swimming pool do in this league, because that is evidently how you get penalties.’

Roma are in sixth place in Serie A following their defeat, with Giorgio Scalvini having scored the only goal of the game. 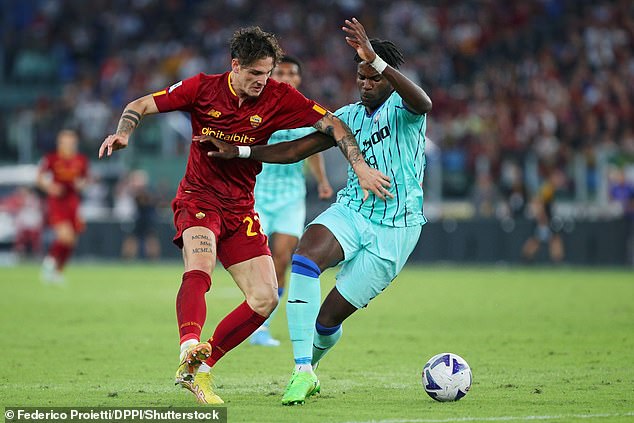 Mourinho’s side were dealt a blow before the game, with Paulo Dybala suffering an injury in the warmup which meant that he had to be replaced by Nemanja Matic in the starting lineup.

Reflecting on the game, Mourinho stated that he felt Roma played well enough to win the game.

He said: ‘It went badly because we lost a game that we should’ve won easily, considering the way we played.

If we can imagine this domination we had in the final third, with many chances created, we can speculate that with Paulo on the field it might’ve been different.

‘Nonetheless, those who played did well enough to win the game, easily, but unfortunately we did not score and that is why we lost.

‘It is not pleasant to leave empty-handed, but it was a good performance, good spirit. We didn’t dominate Monza or Cremonese here for 90 minutes the way we did Atalanta.’ 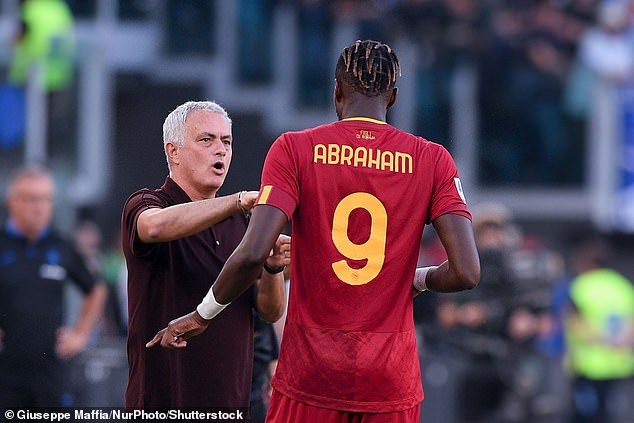 Mourinho also defended Tammy Abraham, despite the England striker missing an inviting opportunity in the first half.

He said: ‘Tammy is an extraordinary lad who wants to do well and suffers when he doesn’t do well. He had a slight injury, games that didn’t go well, it’s not a good moment for him. Strikers are like that, they go through these periods.

‘But zero criticism, he continues to be a good lad and a great professional, he is not here on vacation, he wants to learn and improve. He’ll get there.’