Tottenham midfielder Giovani Lo Celso was extremely lucky to avoid a red card after a horror tackle on Chelsea defender Cesar Azpilicueta. VAR originally said there was no serious foul play but Stockley Park have since admitted they were wrong.

And after the match when Jose Mourinho was asked about the incident he simply wished there were more admissions from officials when they were wrong.

He exclaimed: “I hope the noise is the same [from Stockley Park] as when the VAR kills us.

Mourinho then went on to talk about the performance in general and believes his side played well despite losing 2-1 to Chelsea. 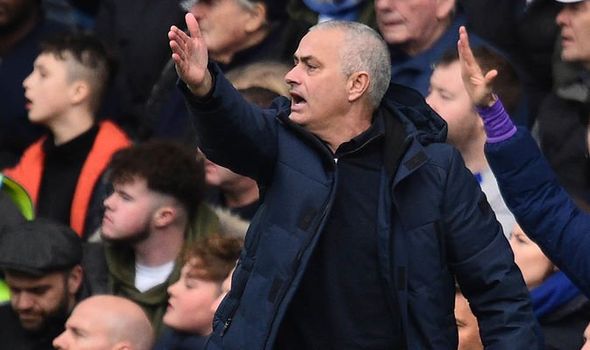 Olivier Giroud and Marcos Alonso were on target for the Blues before Antonio Rudiger put through his own net late on.

And the result means Chelsea are now four points clear of Tottenham in the race for the top four.

Spurs could be leapfrogged by Sheffield United and Manchester United if they win their matches this afternoon and tomorrow respectively.

“I’m very proud of the players, they gave absolutely everything. We don’t have a striker. Our attacking players are not strikers and are in huge levels of fatigue, so very, very difficult for us.

“No tactical problems, [we were] completely in control of the space, punished by a couple of individual mistakes. 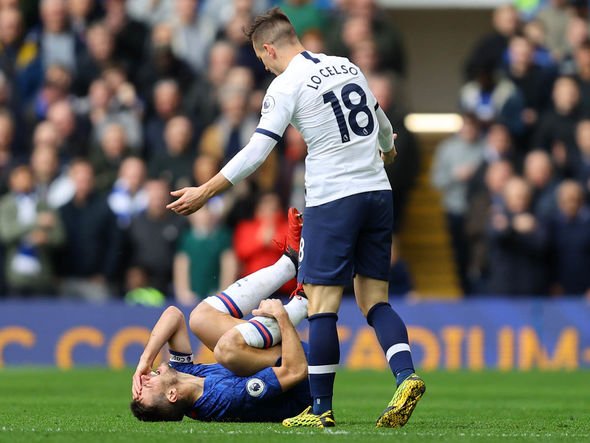 “To create chances you need a target man or fast people that can interchange positions, you need a different dynamic to the team. We don’t have a striker and we have tired players, it’s as simple as that.

“We did very, very well. If we score before our opponent, I think we have a chance because we are well organised. But when they score before us and drop back it’s very, very difficult for us.

“A defeat is a defeat, but the good thing is, in the last seconds the players were still fighting for a result and that for me is a very important thing.”

Tottenham return to action against Wolves in the Premier League on Sunday, March 1 (2pm).