Bournemouth caretaker manager Jonathan Woodgate says he is ‘surprised’ to find himself in temporary charge of the club.

Woodgate only joined Bournemouth as a first-team coach on Monday – two days before the club sacked their former manager, Jason Tindall, following their fourth league defeat in a row.

Woodgate insists he has not yet thought about the ‘permanent role’ as he didn’t believe Tindall would be cast out after just six months in charge. 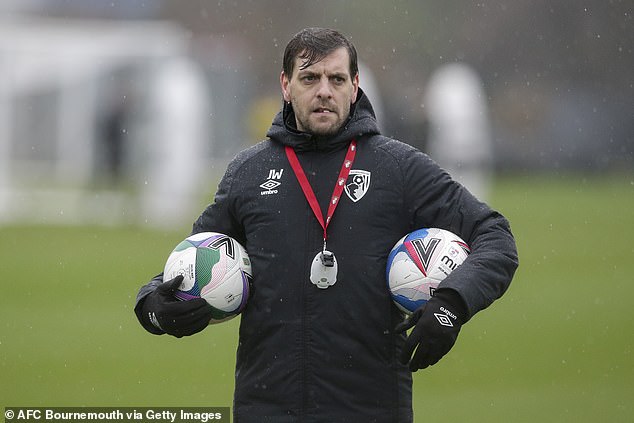 When asked to explain his reaction at being named Bournemouth’s caretaker manager, Woodgate said he was: ‘Surprised.’

The former England centre-back added: ‘I didn’t think anything like this would happen so early.

‘I know managers come under pressure at times. I have been involved with [around] 25 managers over my career and I know it is a cut-throat business, but I didn’t think it was going to be that early that it would happen.’ 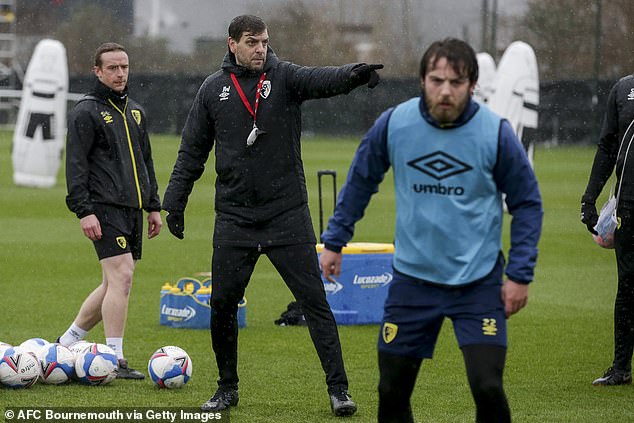 Woodgate has since become the caretaker manager of the club, after Jason Tindall’s dismissal 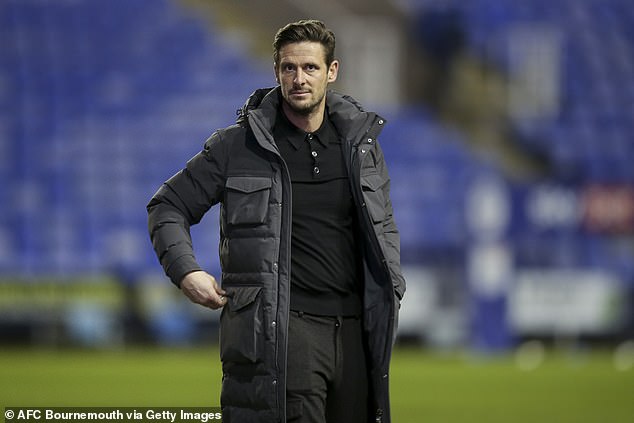 Tindall was sacked after losing at home to Sheffield Wednesday, their fourth defeat in a row

Having been drafted in as the temporary manager just two days after arriving at the Vitality Stadium, Woodgate insists he hasn’t ‘thought about’ the permanent vacancy.

Woodgate also highlighted the importance of continuity at the club, as Bournemouth have now sacked two manager in the space of six months.

He said: ‘This club has been used to stability with Eddie Howe and Jason Tindall in charge and now two managers have gone in the space of six months,’ Woodgate said. 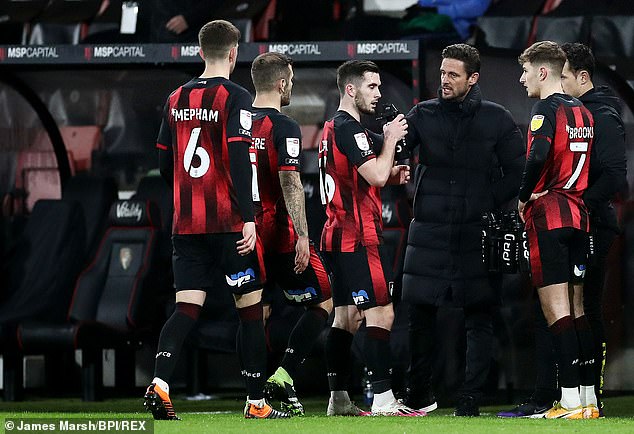 ‘It is something the players are not used to. It has been a difficult situation for everyone.’

Woodgate will manage the Bournemouth players against Birmingham City at the Vitality Stadium on Saturday.

As it stands, Bournemouth remain in contention for the Championship play-off as they set sixth in the table – despite winning just one of their last eight league matches.