Gabriel Jesus believes Tottenham signing Richarlison has the potential to be in the running for the Premier League Golden Boot this season.

Spurs completed the signing of the Brazilian from Everton earlier this month in a deal worth £60m.

And Brazil team-mate Jesus, who joined Arsenal in another high-profile move, thinks his club’s north London rivals have a real player on their hands. 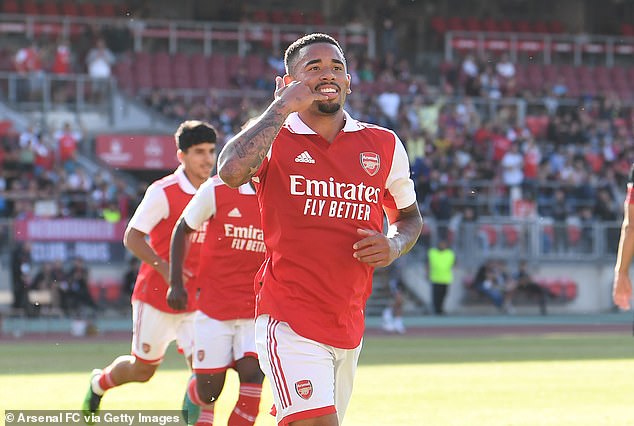 Speaking during Arsenal’s pre-season tour of America, via The Mirror, the Gunners’ forward said: ‘I hope that we can both end the season fighting for the Golden Boot because I like him.’

Jesus added: ‘He’s a very good guy, amazing player, so I wish him all the best but not against us!’

Mo Salah and Heung-min Son shared the award for top Premier League goal scorer last term after the pair both finished on 23 goals.

Jesus has already netted three goals in his first two pre-season games for the Gunners. 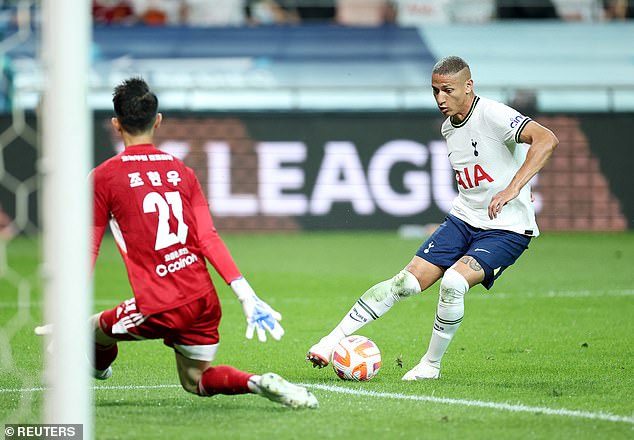 Richarlison, however, has drawn a blank in both of his but manager Antonio Conte is not concerned.

‘I think he is strong physically and a good personality, good character, good quality,’ he said last week.

‘For sure also for Richy in this period, he is working and we are working on the tactical aspects with him because he has to go into our idea.

‘At the same time, we have to work on the physical aspects for him to be fit. For sure he is a player that gives me important positions up front, he’s is a good player, strong and very good [at] protecting the ball and attacking the space. Also, he made a good assist, I’m very happy that we signed him.’