West Ham and Arsenal are among the English clubs credited with an interest in Schouten – who made his international debut against Wales this week.

The midfielder could leave Bologna this summer with growing interest in him from across Europe. 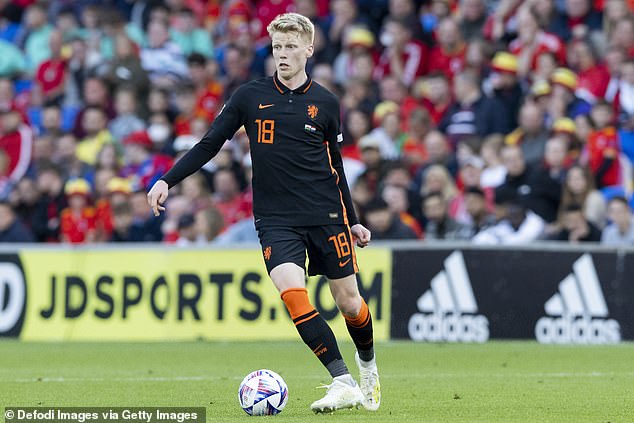 It is understood Schouten would give serious consideration to joining an English club this summer, though a number of clubs in Italy are also interested. 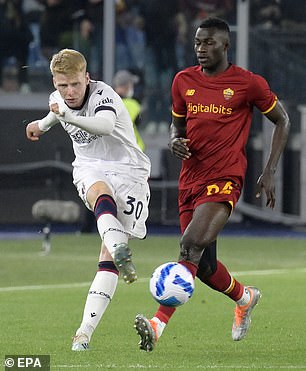 Schouten left Exelsior for Bologna in 2019

‘He is really one for the future, that is Frenkie de Jong quality,’ said Van der Vaart.

‘Frenkie de Jong is of course of a different level, but you can see his high potential splashing off with him. It’s great to see him.’

De Jong could also be on the move this summer, and has been the subject of high-profile interest from Premier League giants Manchester United.

Sportsmail previously revealed that United were trying to acquire his services for around £45m plus add ons. 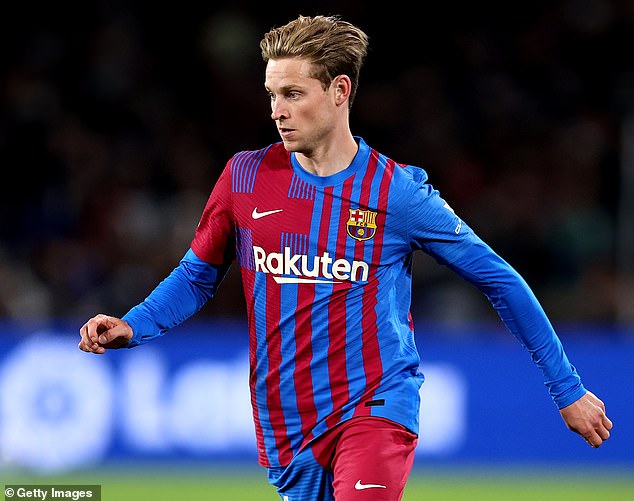 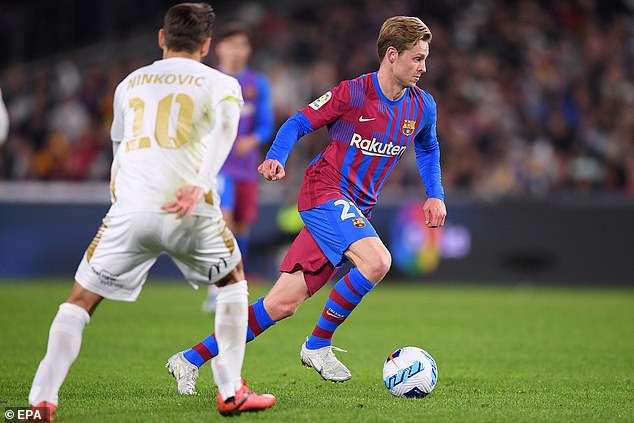 The Barcelona midfielder, 25, has reportedly ‘given the green light’ to the deal with United

The Red Devils have not yet presented a ‘definitive offer’ but Barcelona are reluctant to budge on their asking price and will only see the Dutchman for the ‘right price’.

Schouten started the game against the Welsh, assisting his country’s opener for Teun Koopmeiners before eventually being replaced by De Jong.