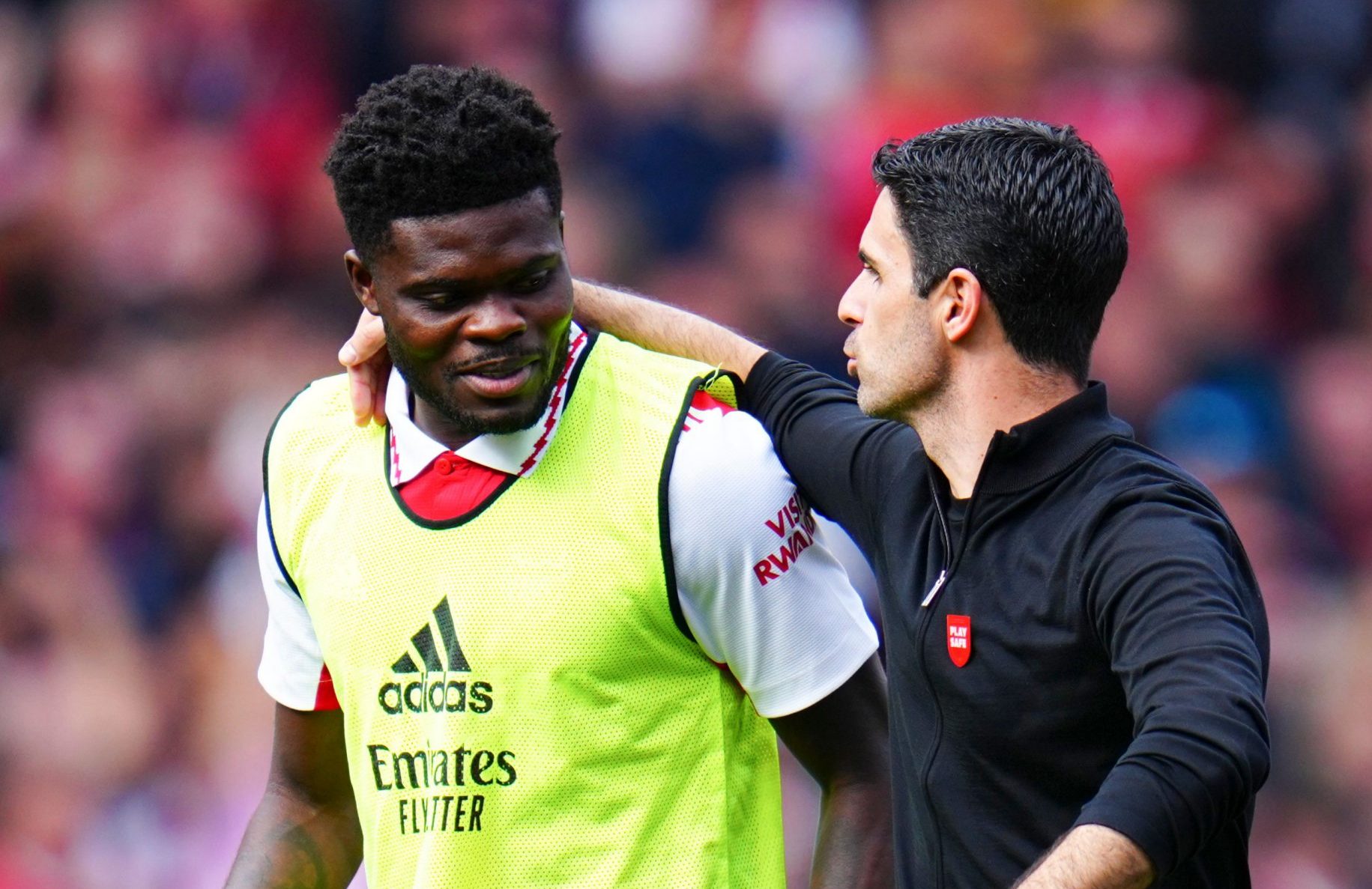 Jermaine Jenas believes Arsenal need to sign a midfielder to compete with Thomas Partey in the January transfer window.

Mikel Arteta’s side currently lead the way in the Premier League having won seven out of their first eight games this season.

Arsenal’s latest victory came on Saturday as they ran out 3-1 winners over north London rivals Tottenham at the Emirates Stadium.

Partey scored the opener for the Gunners against Spurs and went on to deliver a performance which saw him voted as ‘man of the match’ by the club’s supporters.

But Jenas believes Arsenal need to strengthen their central midfield options in order to maintain their current form.

‘You can’t rely on him,’ Jenas said of Partey on Vibe with Five.

‘If I was Edu that would be the first position I’m going for in January, or the summer [transfer window], because you can’t rely on him.

‘He is very important and you see the difference when he’s in there but the minute this thing starts to crumble, that position, [Gabriel] Jesus, and you end up with [Eddie] Nketiah, Fabio Vieira, this is a different game we’re talking about.’

Meanwhile, Rio Ferdinand disagreed with the Arsenal supporters who awarded Partey their ‘man of the match’ against Tottenham.

‘How’s he even getting a shout out? He wasn’t their best player,’ Ferdinand said.

‘He might not play three out of the next five [games]. Saliba was their best player.

‘If they lose Jesus it’s curtains for them.’