Should Jack Grealish start for England? What’s the best midfield combination? Is three-at-the-back the way forward? Will Ross Barkley be back for the Euros? Jamie Redknapp gives his verdict on the issues facing Gareth Southgate on the Pitch to Post International Podcast. It’s all eyes on England once again, with their friendly against the Republic of Ireland on Thursday followed by key Nations League games with Belgium and Iceland. But how well are Gareth Southgate’s progressing ahead of next summer’s European Championships?

Read on for his verdict on a wide range of topics, from the clamour for Jack Grealish to be included to England’s best midfield set-up and more…

Should Southgate gamble with Grealish?

There have been games where I would have loved for Jack Grealish to come on and give England something different. You don’t have to be a rocket scientist to figure out Gareth Southgate is probably not that keen on him, he maybe feels he’s a little bit loose. He picks up little positions around the pitch, some managers and players like that, some don’t.

I always enjoyed having a player like that in my team, I would have loved to have played with Jack Grealish as a footballer because he is someone who can get you up the pitch and win fouls around the box. People ask why he gets fouled all the time – that is bravery on the ball and committing players to tackles. Then we will get free-kicks on the edge of the box for the likes of Trent Alexander-Arnold, that is what you want: special team players that can do things and win a game for you. I would love to see him get a bit of a run and a game.

It’s important you say to someone like Jack Grealish what position he has to be in when we do not have the ball. Grealish plays a little bit off the cuff and you have to weigh up the good with the bad. We are not a team that is that free-flowing and scores bundles of goals, so why not give someone like Grealish that opportunity. He’s is red-hot form.

I know you cannot allow fans to dictate what they want to you, but it almost feels like if Southgate does not like him then let things happen organically, and then if he is not doing a good enough job, people will find out anyway. Right now, England are not in a position where they have players in such form to say ‘we don’t need Jack Grealish’.

I am so pleased he is in the squad. I know it is early and we should not get too excited about it but I am a massive fan of how he plays. There are certain young midfielders who come along who make you go, ‘wow, this kid has got everything’. He is a lovely passer of the ball, he looks so composed.

Even if he does not touch a ball in the next three games, just for him to be around the likes of Jordan Henderson, Harry Kane, just to get a feeling of what it is like to be in an England squad is going to be vital for him.

Alexander-Arnold or James – Who is England’s best right wing-back option? 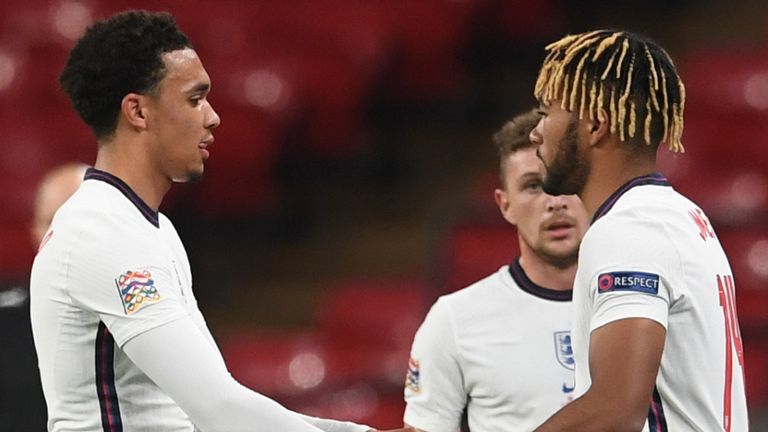 I do think in a wing-back situation, because he has had more time doing it under Frank Lampard, under different coaches at Chelsea, and it is a system he has played before, it seems to suit Reece more than it does Trent.

I think for Reece James and Trent, this is a decision that he is going to have to make. If we played in a four you would go with Trent, but with wing-backs, I thought Reece James was far and away our best player against Denmark and it does suit him a little bit more.

At Chelsea, they brought in Ben Chilwell and straight away you get a lovely balance about the team. I am a big fan of Kieran Trippier, but he ended up playing as a left wing-back against Belgium [when Chilwell was sidelined], and it does not suit him. Straight away the flow, every time we went down that left side, he wants to cut back onto that right foot.

He did a good job – a really good job – against Belgium because he is a good player. But you do lose that impact down that side. He is not a naturally left-footed player and you end up going to the right again. It is your natural instincts.

Is there a way back for Barkley? 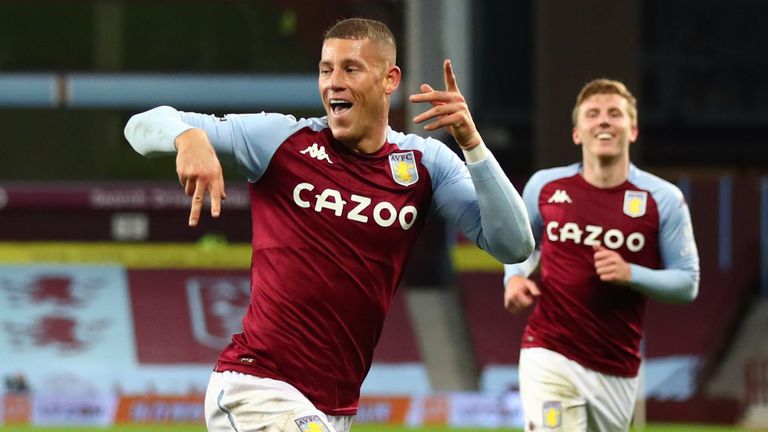 In the midfield position you do not want straight up and down players, you need something different. In someone like Ross Barkley, of course you need that consistency, but he offers something different by running and driving with the ball. I do not think right now you could say he is better than the ones we have got, but he is playing regularly and consistently in a team that is doing well after being in and out of the team at Chelsea.

If I was Ross Barkley, I would want to be knocking on the England door and back in the squad by February and March. All players have egos, everyone wants to play for their country and be picked, I do not care who you are. Right now he should go about his business and play well every week. It is the same thing I threw at Jack Grealish after the last England game; in the nicest possible way, if Gareth Southgate does not fancy you, the only thing you can do is keep ramming it down his throat by showing him what you can do every single game.

Be the star man, score goals, lead from the front and answer all the question marks over things you cannpt do as best as you can. The same applies to Ross Barkley to a certain extent. Go and show the coach how good you are.

What Redknapp wants to see from England this week

Playing against Ireland may be another audition for Jack Grealish, like the Wales game, where he hopefully goes and tears it up and shows us what he can do. I wouldn’t be surprised if he started with a couple of the other fringe players, and then the big guns play in the next two, which are crucial for qualification. But if someone shows what they can do in the Ireland game, maybe they can play in the next one.

In an international week special, Jamie Redknapp joins Kate Burlaga to react to Joe Gomez’s injury news and, along with Peter Smith, analyses where England must strengthen ahead of next year’s European Championships.

Plus, Sky Sports News reporters Charles Paterson and Paul Gilmour have a detailed lowdown on the challenges Scotland and Nothern Ireland face this week in their play-offs.