‘They’ve BOTTLED it’: Jamie Carragher says Manchester United have thrown away their title chances after conceding last-gasp equaliser against Everton

Jamie Carragher has said that Manchester United have ‘bottled’ a Premier League title challenge and talked themselves out of being contenders.

Ole Gunnar Solskjaer’s side missed the chance to go level on points with Manchester City – who have a match in hand – after Dominic Calvert-Lewin scored a 95th minute equaliser for the Toffees.

‘I think Man United have bottled it now they’ve got there, they’ve almost talked themselves out of it,’ said Carragher on Sky Sports following the game. 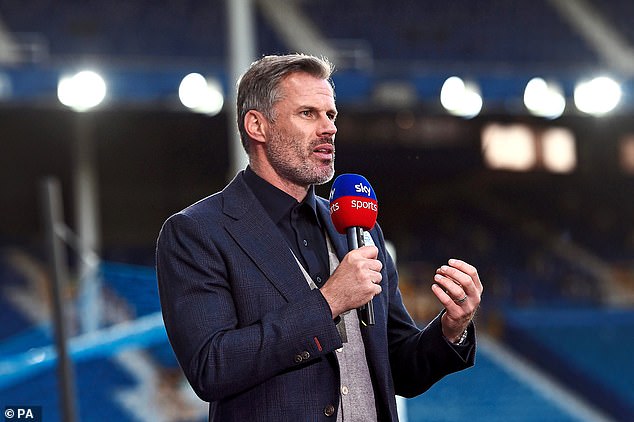 ‘We shouldn’t even be considered as title-chasers. That’s one for you (the media).’

Responding to Solskjaer’s comments, Carragher concluded: ‘I think it’s only Liverpool who can stop them – I don’t think Man Utd fancy it.’ 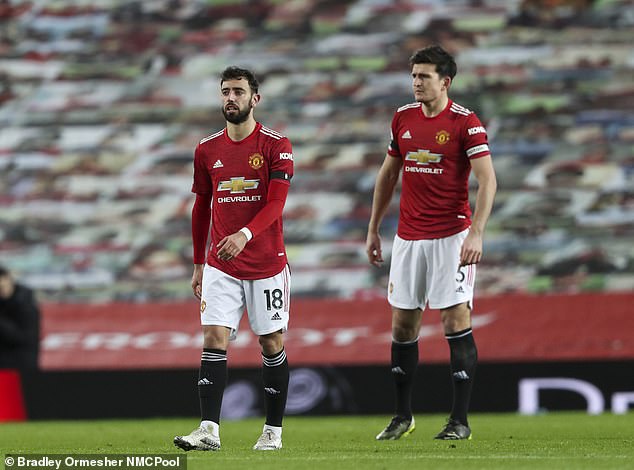 United looked like they were on their way to a comfortable victory with Edinson Cavani and a sensational strike from Bruno Fernandes giving them a 2-0 lead going into the break.

They threw away their two-goal advantage just seven minutes into the second half though goals from Abdoulaye Doucoure and James Rodriguez.

United re-took the lead after 70 minutes through Scott McTominay, but Calvert-Lewin took advantage of some weak defending to tap in from Lucas Digne free-kick, to give Everton a share of the spoils at the death.