Jamie Carragher has disregarded Manchester United as genuine title contenders with the Liverpool icon claiming Ole Gunnar Solskjaer has “bottled it” in recent weeks. The 2020/21 Premier League season has already thrown up a number of surprises but Manchester City have stepped up in recent months to lay down a marker to their rivals.

A number of different teams have held top spot in the table this season, but City appear to have hit top gear to make them clear favourites to win the title.

The chasing pack have failed to keep up, particularly Liverpool who have fallen off the pace since Christmas.

Jurgen Klopp’s side head into the fixture against City having won just two of their previous eight league matches.

Tottenham have also failed to capitalise on poor results from teams around them as United appeared to be the likeliest to give City a run for their money. 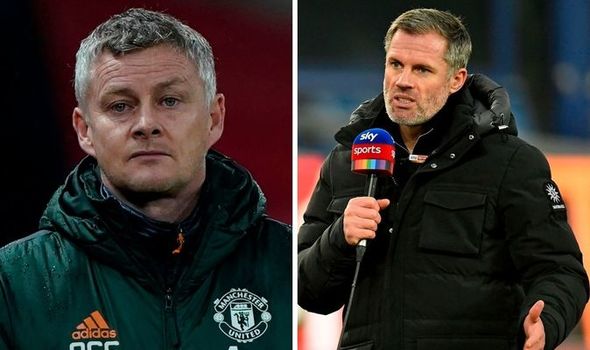 But United are on a small blip of their own having won just one of their last four league fixtures.

They still remain City’s closest challengers as they sit just two points behind the league leaders.

However, Carragher believes Liverpool are the only team who will be challenging City come the end of the season and has taken aim at United’s recent run of form.

“I think it’s only Liverpool who can stop them because I don’t think Man United even fancy it,” he said on Sky Sports.

“Listening to the comments of the United manager yesterday… Man United seem like they’re just happy to be involved.

“I can’t believe it. I think this is a unique season in that we know it’s different. Liverpool have got no centre-backs, City have got no strikers, De Bruyne’s out today.

“We’re saying how great a season City have had but last season we were saying they were off the boil and nowhere near their best.

“They’re only three points better off this season so it still shows that they’re not the City of two, three years ago. 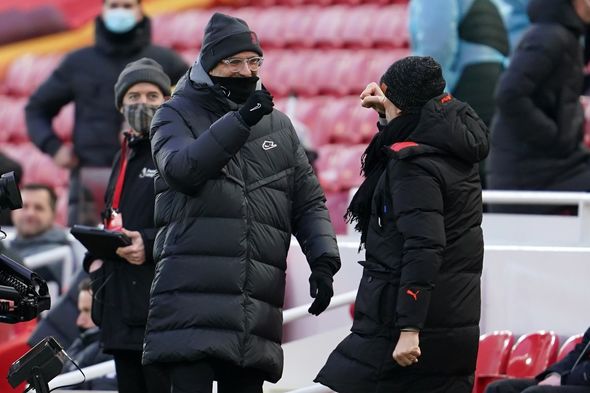 “It is a strange season and I think Manchester United in the last few weeks have almost bottled it.

“They’ve almost like got there and just been that excited they’re there and they’ve almost talked themselves out of it with the last few results they’ve had.