James Ward-Prowse is Southampton’s saint in shining armour and insists he plays ‘for the love of the game’ with the European Super League in ruins – now, having lived the dream with his boyhood club, his sights are on making it to Euro 2020

Football is currently gripped in dark, dark times. The very nature of the game looked as though it would be stripped away in a dozen boardrooms worldwide. Over the last few days, fears mounted that the memories held by every supporter, and the underdog stories that capture our imagination, would be wiped out forever.

Unfortunately, there is no escaping the fact that the foundation of the sport, the everlasting love for it and each tumultuous high and low, is still at risk.

This is a sentiment James Ward-Prowse agrees with. It was far from the easiest subject matter to discuss, especially with Premier League footballers left in the dark, but the captain of Southampton, one of the 14 clubs who furiously rebelled against the bombshell proposals, was certainly concerned. 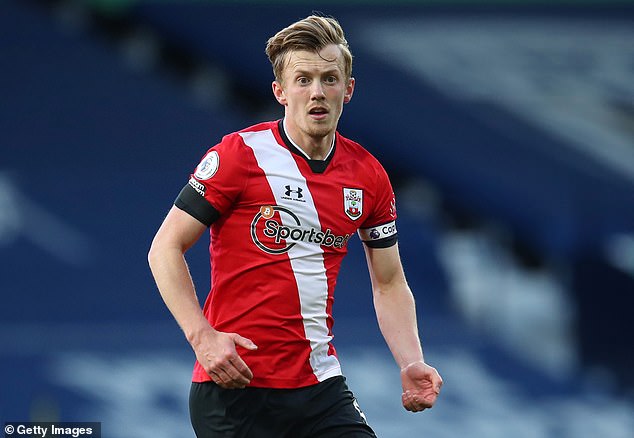 There is a slight hesitation before his answer when Sportsmail asks him about the ill-fated Super League. Of course there is, who can blame him? The face and shape of our national game was reduced to sheer chaos. It will take some time to process.

It threatened to affect everyone, including the athletes who stood exposed and befuddled at the heart of it all. But after taking a second, Ward-Prowse chooses to cast his mind back to his younger days and recall exactly what makes the beautiful game quite so special to him. 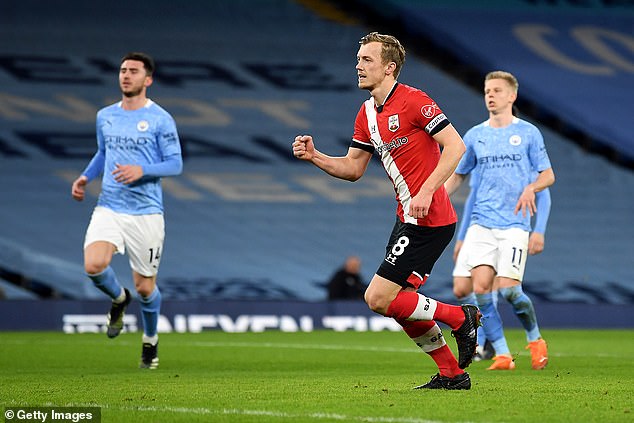 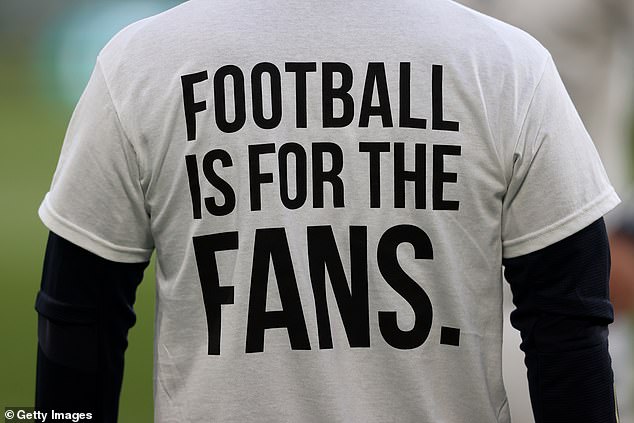 ‘There’s no thought about where the money is. You play because you love it. It’s something that you enjoy, that you’re good at. And we all love watching the competitive nature of relegations and promotions.

‘That’s why football fans tune in, because you like seeing the teams at the bottom scrapping out against the top teams, and equally the top teams having to fend off the lower teams in order to achieve their goals.

‘In terms of the sport and its merit, it does taint it slightly. Hopefully with the details that are emerging, the right scenarios will play out.’

Thankfully, after a nightmare 48 hours, they did. And that is only good news because, as Ward-Prowse himself believes, it is dreams that keep clubs outside the so-called ‘Big Six’ alive. 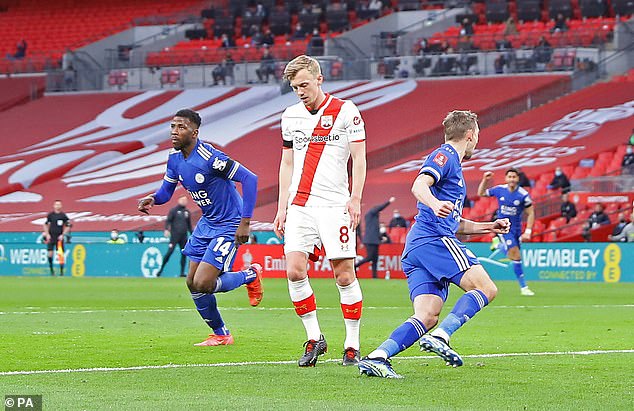 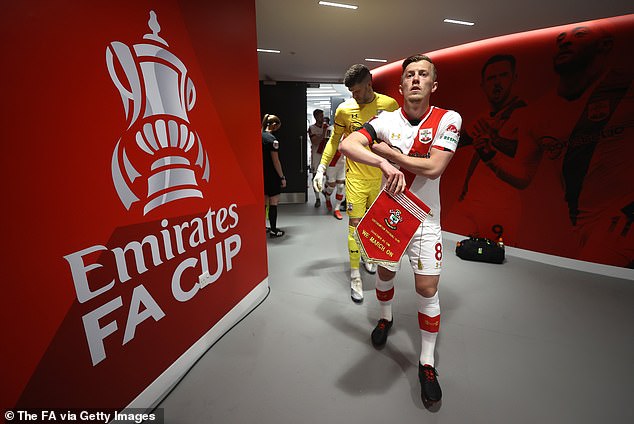 Ward-Prowse has labelled the occasion as ‘special’, having led his team-mates out in London

They will hope for Wembley outings, appearances in major finals and maybe even taking that giant leap into Europe one day.

Luckily for Ward-Prowse, he can tick all three of these achievements off his bucket list. The definition of a one-club man, he has been with Southampton since the age of eight and revelled in every step of their rollercoaster journey.

His most recent appearance under that famous arch in London ended in disappointment, however, although Ward-Prowse, ever the optimist, has taken plenty of positives from the experience.

‘It was a special moment for sure,’ he says. ‘You know, when you grow up through the Academy, you don’t necessarily think about 300 games later into your career. You’re only thinking, “I’m focusing on that first one” really. 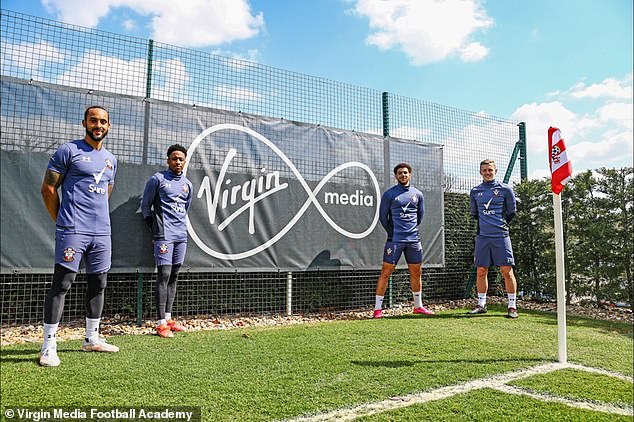 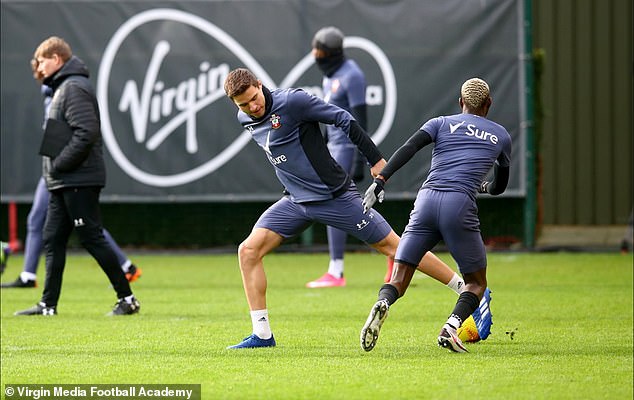 ‘I’ve had some really special moments in a Southampton shirt, in terms of some big games. And on Sunday night, albeit we lost, it was a special moment, a proud moment to lead the team out at Wembley.

‘It was just a shame that we didn’t have 40,000 Southampton fans out to help us and cheer us on. It was a special kind of pinch me moment. It’s something I can be proud of for sure.’

Ward-Prowse has been ever present for the ride this season, having featured, by his own request, in every game.

Named as captain in June 2020, the 26-year-old played a crucial role in steering his team to the top of the Premier League for the first time in their history, and to their date with destiny against Leicester. It has been nothing short of a magical journey. 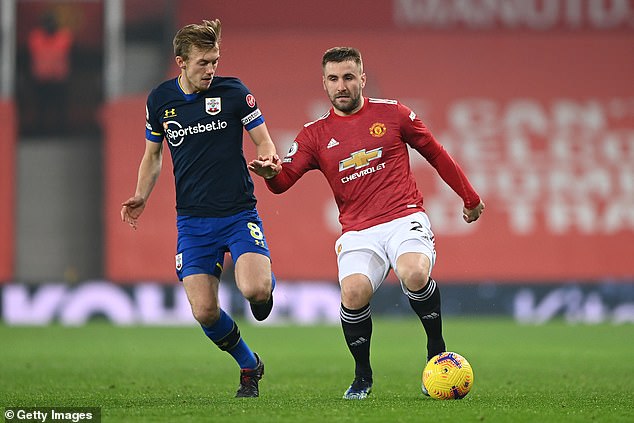 Named as Saints captain in June 2020, Ward-Prowse (left) is the definition of a one-club man

Ward-Prowse committed his long-term future to St Mary’s by signing a five-year deal last August, and his hunger to improve is relentless. Beneath the calm and collected exterior lies a genuinely driven person bursting to the brim with an attitude which has endeared him to the club’s fanbase.

The love between the two parties runs deep, despite Ward-Prowse’s upbringing in Portsmouth, the notorious arch-rivals for Ralph Hasenhuttl’s team. It takes a special type of person for this bitter feud to be set aside, to put it mildly.

The decision to hand Ward-Prowse command has paid off. It is a burden he relishes.

‘I’ve enjoyed the challenge, I’ve enjoyed the responsibility and all the things that come with it,’ he says. ‘I definitely feel like I’ve benefitted from the season and I’ll be stronger going forward.’ 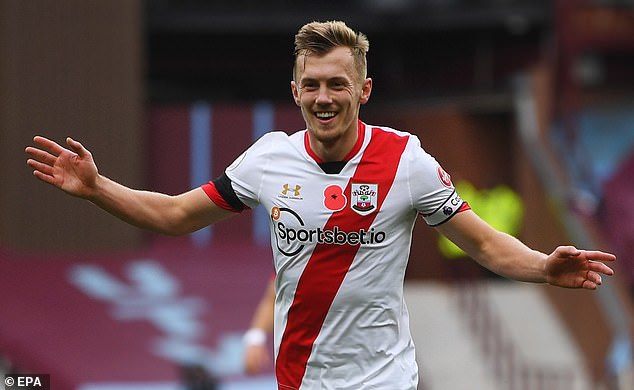 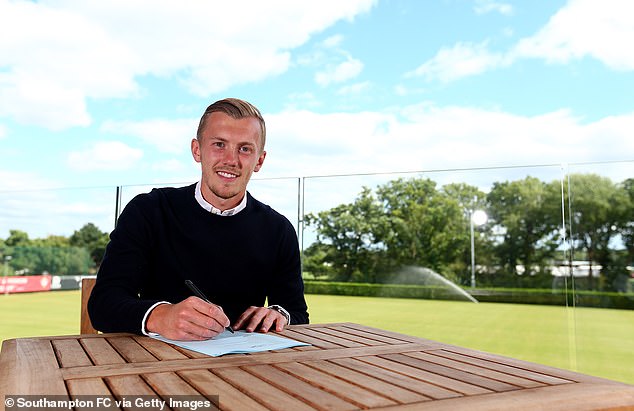 He insists that mentality is key and this is shown in every sinew of his own work, both on and off the field. It is no secret that Ward-Prowse is a shining example when it comes to the gruelling preparations that ensure players are fighting fit.

The dreaded bleep test? He has been labelled a machine at that. A strict diet? That’s just a standard part of his everyday routine. It may be the less glamorous side of football, but it is one in which the Staplewood graduate immerses himself fully.

And the results are staggering. Ward-Prowse hasn’t missed out on a match in over two years now, a remarkable run stretching back over 80 games. So, what are the secrets behind his success?

‘I think it’s just giving myself every possible chance to recover and be ready for the game,’ he explains. ‘When it comes to recovery day, I try and tick every box by getting some soft tissue work done. 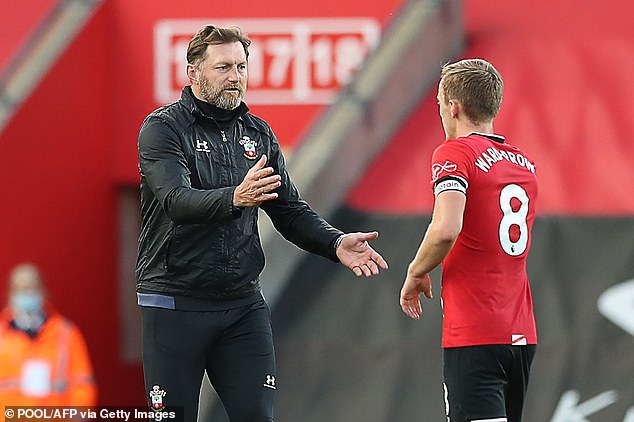 ‘The ice baths, the use of the pool recovery pumps, there’s so many options available to us now, which is great. I see it as putting everything into it to get everything that I can out of it.

‘If I can tick all of those boxes, I know that I’ve done everything right to be ready for the game. And I think that gives me a lot of confidence going into games, knowing that I’m fully physically prepared.’

Of course, the ultimate pay-off for all of Ward-Prowse’s admirable graft will be to end the season with Southampton on a high and then join up with England for this summer’s European Championships.

Safety at club level, and sights trained all the way to the top on the international stage. It is a good scenario for any footballer. It will be far from simple to achieve, however, and Ward-Prowse is more than happy to acknowledge this. 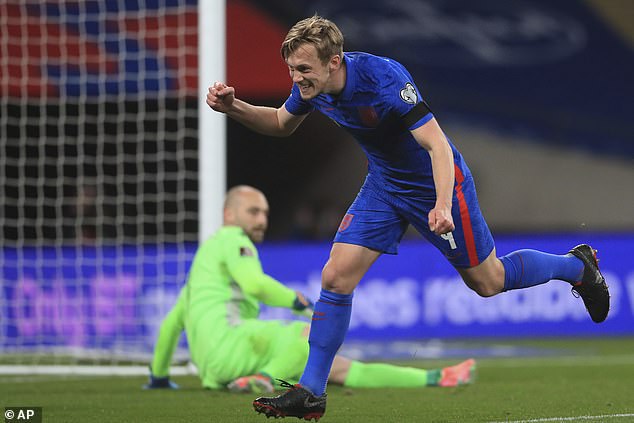 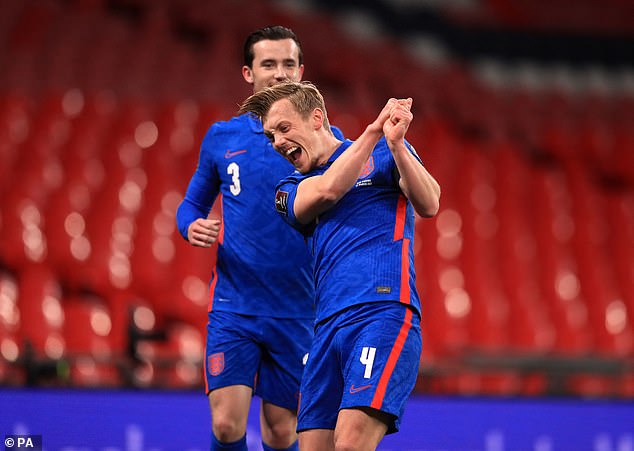 Having impressed last month for the Three Lions, Ward-Prowse is confident about his chances

Gareth Southgate is blessed with an abundance of riches ahead of the tournament and the midfield conundrum is one in which Ward-Prowse finds himself. He is in contention to make the final cut, without a shadow of a doubt, but is faced with some stern competition.

When questioned about his confidence over being picked, he is bullish. ‘I think a big part of that is by playing regularly and playing well for your club,’ he says. ‘That’s ultimately what gets you that recognition.

‘It is a fantastic pool of players that the manager’s got to pick from. It’s going to be a very hard decision for him. I’ve got to make sure that I do everything I can to make that decision even harder and put myself up for selection.’

He is certainly posing all the right questions and, rather handily, his undimmed passion for his profession is the perfect contrast to the dilemma the sport was teetering on the edge of. 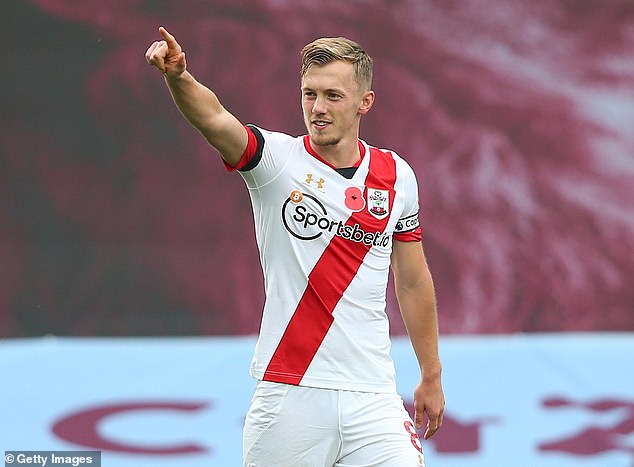 ‘I want to make sure that I can give myself every opportunity to be available and be ready to help the team. I’ve enjoyed playing every minute and hopefully it will continue.’

It’s a heart-warming sentiment, the will to do right by supporters and team-mates, and one the powerful figures who tried shredding up hundreds of years of history would do well to remember.

The Virgin Media Football Academy is a series of lesson plans, training videos and a special live-streamed lesson on 28 April with Southampton FC to get schoolchildren active.