James Milner is Klopp’s ‘Mr Dependable’ and still the man he loves to turn to… even at 35! Liverpool boss won’t hesitate to throw him in against old club Man City and task him with silencing £100m man Jack Grealish

Like a fine wine, getting better and better with age. This is usually how the ‘vintage’ James Milner is often described.

For good reason, too. The Yorkshireman has shown absolutely no signs of slowing down, despite now being in his 20th season of English football at the top level.

It is a quite remarkable career littered with trophies and accolades, and perhaps one which will never be matched. 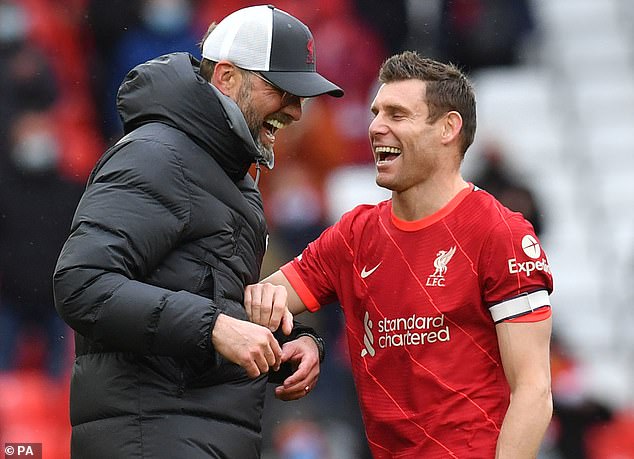 What makes Milner all the more impressive though is not the fact that he is still chipping away at Premier League football… but that he is doing it under one of the most physically demanding managers in the world, playing in one of Europe’s finest teams with strong title ambitions.

Milner is defying father time and playing a pivotal role in Liverpool’s pristine start to the season, which has seen only four points dropped due to two draws, with zero defeats thus far.

The Reds top the table and on Sunday, in front of what is set to be a bubbling Anfield stadium, lock horns with their greatest rival of recent years; Manchester City.

For Jurgen Klopp it is the opportunity to steal an early march on his nemesis Pep Guardiola. For Milner, it is a tale of familiarity and big expectation.

Milner has never shied away from stepping up for Liverpool when needed most, irrespective of position.

When Klopp’s decides he needs a utility man, Milner is always top of the billing.

It speaks volume of the player himself that Milner is always ready and willing, despite previously playing for a high-flying Man City side and being regarded as one of the most accomplished midfielders in Premier League history. 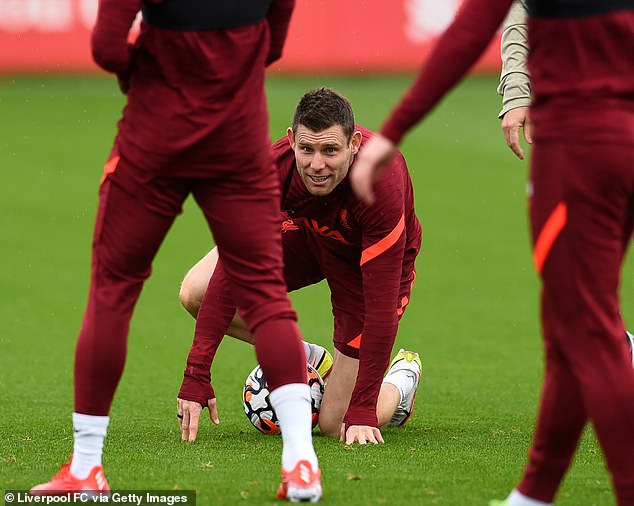 Klopp started calling upon Milner from the early days of his reign, and never looked back. When the Liverpool boss only had Alberto Moreno as his senior left back and needed more options, it was Milner he turned to for the full-back position.

Milner obliged, perhaps reluctantly. Regardless, he did a stellar job and became the go-to guy for the Reds.

It has got the Yorkshire man a huge stack of appearances in the red shirt, though nowhere near as many have come in the central midfield position as he would have liked.

Yet, at the age of 35, Milner has never made it known that he is disappointed. He has knuckled down and performed whatever task Liverpool needed doing, and in return he has become a Champions League and Premier League champion.

Man of the moment

Milner has found himself in and out of the Liverpool team over the past 12 months, even during last season when Klopp’s side found themselves ravaged by injuries.

When a midfielder was needed, Milner was there. When Andy Robertson needed cover at left back, likewise.

And now, during the current season, Milner has found himself called upon yet again.

This time it is right back that needs filling for the Reds, with Trent Alexander-Arnold in recent weeks struggling with illness and then a muscle injury.

Milner has clearly been impressing behind the scenes at Liverpool’s AXA training base, and is now deemed first choice deputy at right full-back despite Klopp have promising youngster Neco Williams at his disposal. 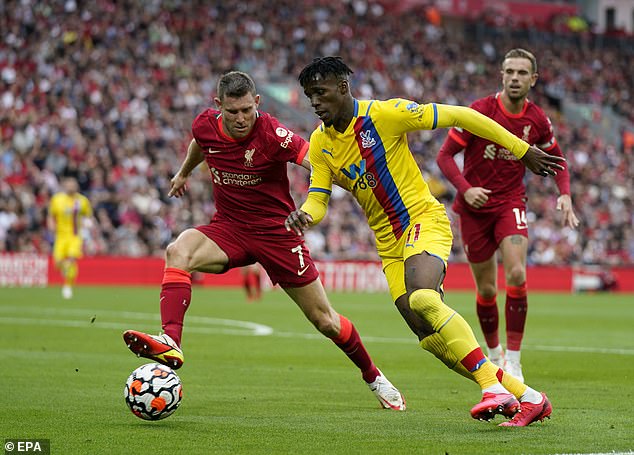 Of the last month, Milner has pitted his abilities against Wilfried Zaha of Crystal Palace and Luis Diaz of Porto.

Despite the two wide forwards being highly regarded as two of the most fearsome in Europe, Milner went about his business in the most professional manner.

The veteran star hardly broke a sweat as Liverpool registered a dominant 3-0 win over the Eagles at Anfield, before going on to blow Porto away 5-1 upon their own turf.

This bodes well for Milner heading into the City clash, but now the former Leeds man has a whole new category of player to deal with.

For as good as Dias and Zaha may be, neither play for one of European football’s showcase clubs, and probably won’t be doing any time soon, if at all.

At Anfield on Sunday Milner – if he is once again given the nod by Klopp – will have to nullify none other than the Premier League’s most expensive footballer.

City handed this title to Jack Grealish after forking out £100m to Aston Villa in the summer to prise him away, and the Midlands-born star has been impressing every week since his debut. 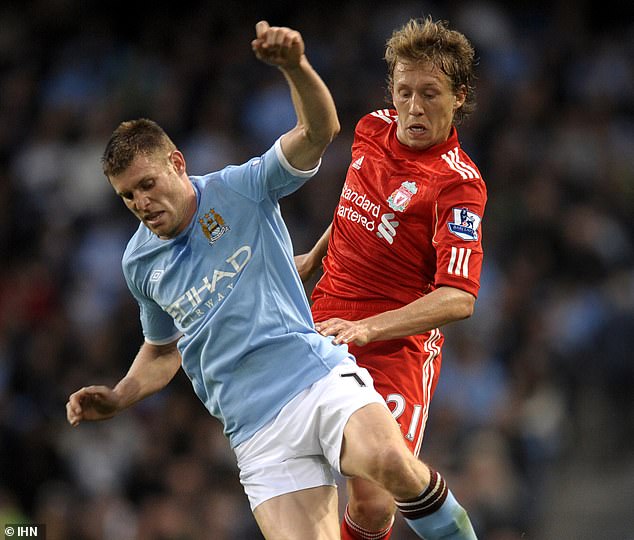 Grealish has been wreaking havoc both home and away as well as in the Champions League, as City made a strong start to the campaign.

Recent defeat to Tottenham highlighted some of City’s minor flaws and showed how Grealish could be pegged back by an intense opposition.

Liverpool will no doubt have paid attention to this, along with City’s recent European defeat to Paris Saint-Germain, in which Klopp acknowledged that City ‘dominated’ the match and yet still lost.

It’s a big ask for Milner, yet the old school Premier League legend has never shied away from a challenge. 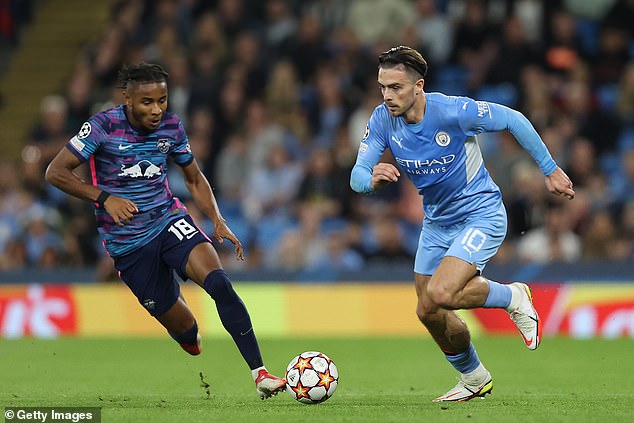 The 35-year-old will, without any doubt, go down as Liverpool’s greatest ever free agent signing.

Now, however, this could well be his biggest test to date – in what could be his final season for the club.

Milner’s contract is up in the summer and as yet there has been no talk of further extension.

It is early days in the season still, of course, but what better way to go out than masterminding a home victory against your club’s biggest rivals who also happen to be your former club.

Cometh the hour, cometh the man. Milner has done it time and time again…. now, at 35 years old, can he do it once more?