Stoke winger James McClean says he was visited by police the night before facing Fulham in 2012 after a social media user threatened to bring a gun to Craven Cottage.

In a wide-ranging exclusive interview with Sky Sports News, McClean opened up on a range of subjects including:

As revealed this week by his wife Erin the gun threat was only one example of the constant abuse directed at her husband, as she offered an eye-opening insight into family life.

McClean was in a London hotel in November 2012 with his Sunderland team-mates when the police arrived.

“The death threats were all over social media the night before,” McClean explains.

“The police came to the hotel and checked that I was safe in my room. It was a live game on Sky and Erin was watching and worrying about what could happen. 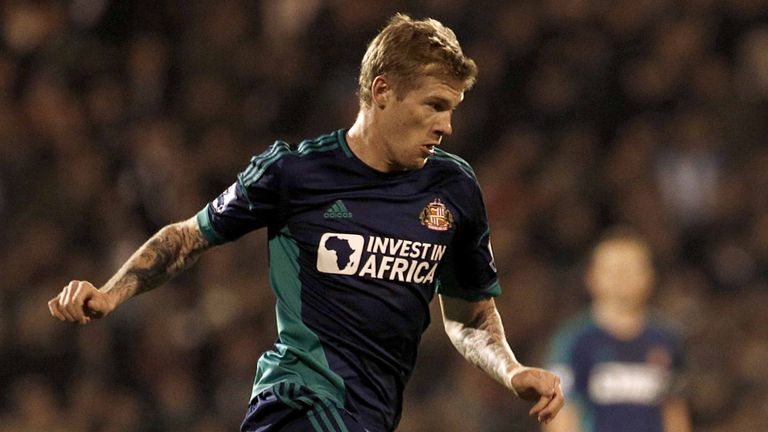 “I don’t think I was ever truly in danger but they are still death threats. Erin is a bag of nerves because she worries a lot more than I do. With three young kids it’s not something she should have to put up with.”

One of their children is now seven and they have often had to explain the booing of McClean at games as “they don’t want daddy’s team to win”. Booing is a far cry from the social media posts.

“The first few lines of what you’ve seen on my Instagram this week is something I get every day,” says the 31-year-old

“It’s easy to let that go, but then you see the other line about burning down the house with your kids inside. That is just a sick person.”

The online abuse has often spilled over into real-life encounters, including when he has been out with his family.

“I remember pulling up to traffic lights in Sunderland and someone wound down their window and spat at the car. The light turned green and they sped off. Erin was pregnant at the time with our first child.

“There are other times I’m out with the kids and there are remarks made. People don’t care if I’m with my kids. It’s a situation I shouldn’t have to be in when out shopping or going for food. It doesn’t happen all the time but there’s a risk it’s going to happen every time I go out.

The sectarian abuse that @stokecity winger, James McClean, received over the weekend on social media is totally unacceptable. No player should have to face abuse based on their race, religion or nationality. We stand with all players against discrimination. pic.twitter.com/RTxa3ZhLGo

“The media have such a huge part to play in it. The world we live in people believe what they read, whether it’s true or not.

“The media play a huge part in how they portray someone. It’s dangerous and they are not held accountable. No matter what I do, good or bad, they mention the poppy in every situation.”

In 2013, while playing at Wigan, he wrote an open letter to chairman Dave Whelan explaining that he had “complete respect” for those who died in both World Wars.

McClean’s decision not to wear the poppy is instead a show of support for his home city of Derry in Northern Ireland, the scene of the Bloody Sunday shootings in 1972. “People abuse me on the poppy situation but they don’t take the time to educate themselves on why. It’s just plain ignorance.

“There is this perception I hate everything English and British. Some of the best people I’ve met in football are British and English players and I have good relations with a lot of fans I’ve met. If I had a problem with England I wouldn’t be here. It’s bizarre that people can think that.

“I’ve got views on certain aspects that I don’t agree with or support but they’re my views. I don’t force them on anybody but it feels other views are forced on me. Just because I’m in this country doesn’t mean I forget who I am as a person or where I’ve come from.”

Last year McClean was fined by Stoke after posting a photo of him giving the kids a ‘history lesson’ during lockdown when wearing a balaclava.

“I get a lot of comments saying that I bring it on myself. I get the one about the balaclava but I would say to those people try putting yourself in my shoes with the abuse day after day for years.

“It was silly on my part. It was trying to be funny and there wasn’t a lot of thought about the hurt it might cause, but it was from eight years of constant abuse before that. 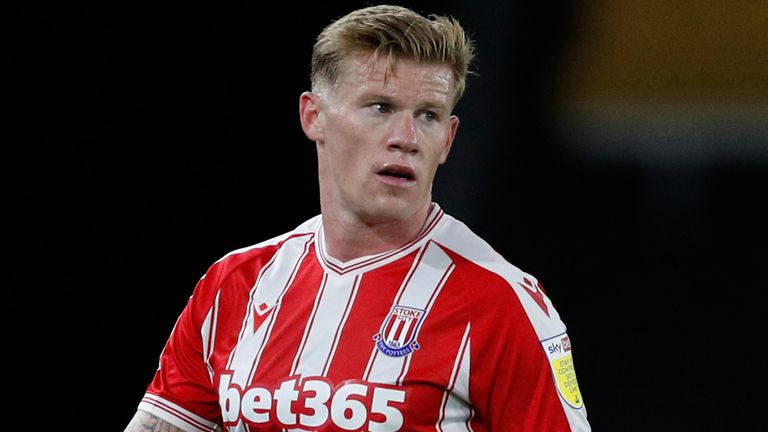 “You are only human and there will be times you snap, probably not in the right way. I get angry and frustrated because the authorities don’t say anything and that eats away at me. Sometimes it all boils up and the anger sets in. Ten minutes later I might think ‘you probably didn’t handle that in the best way’ but in the moment you just react. It annoys me that I give these people a kind of justification.”

It brings him on to the wider issue of anti-Irish abuse and the winger has had many messages of support from other Irish footballers who have put up with similar.

“So many people are getting abused for skin colour or their ethnic background. I don’t want to take anything away from those issues but I’ve received this for a long period of time and it doesn’t get highlighted. That’s where my frustration comes from.

“I’ve been guilty myself because I am quite thick skinned, and I do consider myself very resilient. A lot of things go over my head because it’s common, but that’s wrong. This isn’t a cry for sympathy, it’s a call for anti-Irish abuse to stop.

“It’s not just for sportsmen and women but Irish people in general. It’s no longer acceptable to be talked down to or called a paddy, a pi**y or a leprechaun.

“I have a son who is football mad and says he wants to play for Stoke when he grows up. I don’t want him to have to go through this. I want him to be proud of who he is, and it’s not just him and but any other young Irish person.” 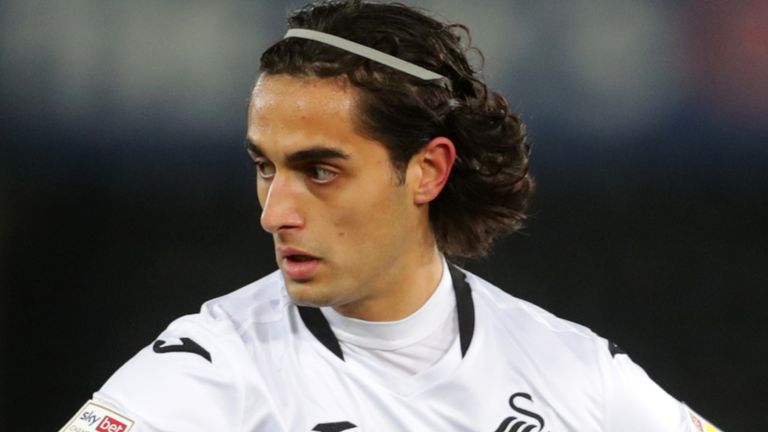 McClean has welcomed the recent efforts from social media companies to address the wider area of abuse but wasn’t impressed by Facebook after the person who sent racist abuse to Swansea’s Yan Dhanda was only “restricted from sending messaging for a set period of time”.

“Someone can abuse you and have their account temporarily suspended but they soon have it back. It’s double standards. That is what’s mind blowing. Everyone should be held accountable.

“I heard Anton Ferdinand say something last week about public figures being accountable for our actions. If we even retweet something that is said to us we’re held accountable. We get fined, we get banned and people lose their jobs. That’s not temporary.

“You need to have some form of ID to make an account. You should have to be verified with a passport or driving licence. Everyone has to know it’s you otherwise you can just keep making a new account. I do understand it’s difficult for social media platforms but they need to do more.”

Sky Sports is committed to making skysports.com and our channels on social media platforms a place for comment and debate that is free of abuse, hate and profanity.

If you see a reply to Sky Sports posts and/or content with an expression of hate on the basis of race, colour, gender, nationality, ethnicity, disability, religion, sexuality, age or class please copy the URL to the hateful post or screengrab it and email us here.