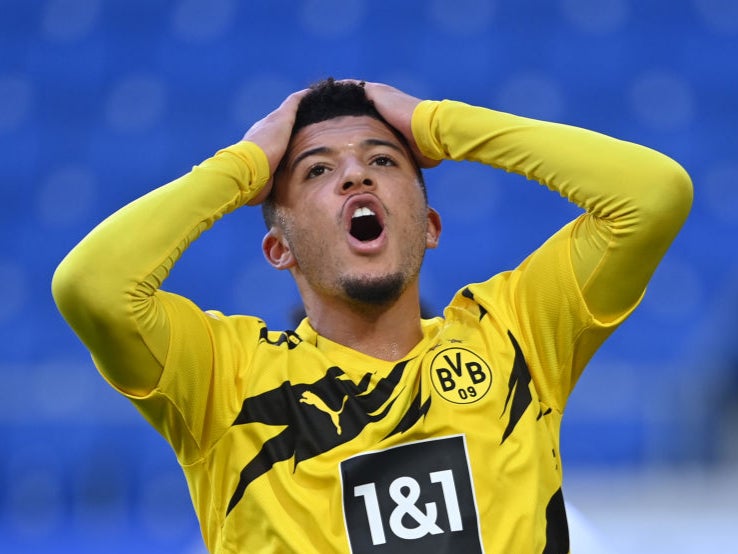 Jadon Sancho has struggled this season

“He has had better and more efficient games,” Zorc told Ruhr Nachrichten following the home defeat to Bayern.

“He’s lacking a bit of natural lightness at the moment. Of course we speak to him, but it’s not something you can rediscover just by talking.”

While Lucien Favre agreed with Zorc’s assessment, admitting Sancho is not yet in “top shape”.

Sancho will hope to begin recapturing his best form for Dortmund after the international break against Hertha Berlin.

A home Champions League game against Club Brugge follows, as Dortmund look to bounce back following their latest setback.

But first, Sancho will be part of England’s squad for internationals against the Republic of Ireland, Belgium and Iceland.