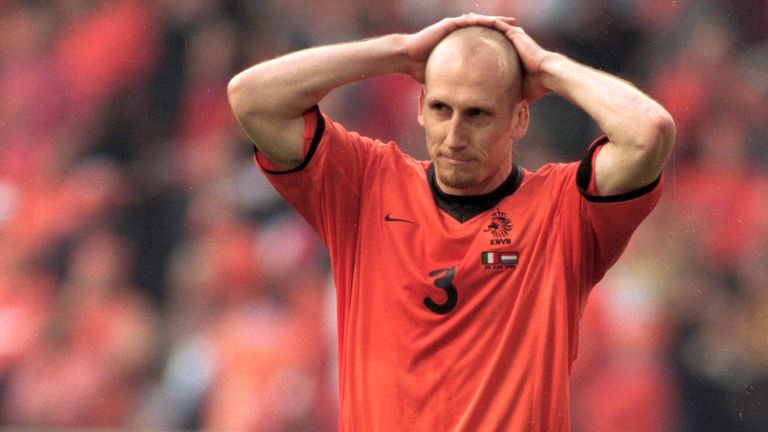 “I think everybody within the squad thought we could’ve done it. You need to keep your head cool but we missed the penalties otherwise we would’ve been there and could’ve won the tournament.”

August 29, 2000. That year the Euros were hosted in Belgium and the Netherlands, and France would go on to win their second consecutive international tournament after the World Cup in 1998.

But this date has nothing to do with that. In fact, it is the date of one of the most incredible semi-finals ever with Italy and the Netherlands. The game had everything.

Both squads were full of talent across the field. You had Fabio Cannavaro and Paolo Maldini facing off against Patrick Kluivert and Dennis Bergkamp – and oppositely – Alessandro Del Piero and Filippo Inzaghi up against Jaap Stam and Frank de Boer. 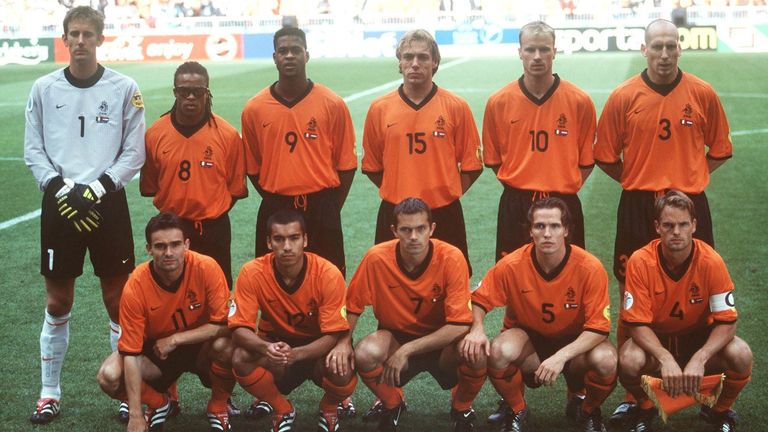 The game did not lack action to match the stellar cast as well. Italy were down to 10 men from the 34th minute with Gianluca Zambrotta being sent-off and the Dutch missing two penalties during normal time, Frank de Boer having his saved and Patrick Kluivert hitting the post with the second spot-kick.

Penalties it was to decide who would face France in the final and the Netherlands’ first two penalty takers were their centre-backs, De Boer once again.

Saved, again. Italy scored. Then it was Jaap Stam.

“Before that game, I wasn’t even on the list to take a penalty,” Stam explained to Sky Sports News.

“And then during the game, people get subbed, sometimes because of injury or players at the end of the game don’t feel fit and sometimes it’s too much tension because of the importance of the game. 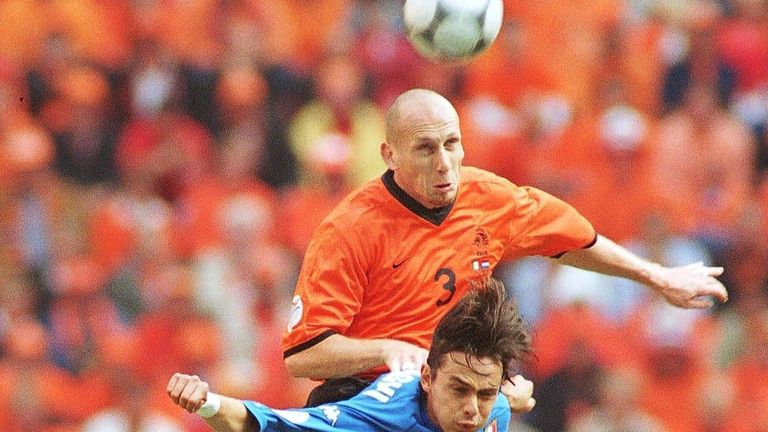 “I was a little bit nervy but I said ‘Yeah okay, I’ll do it,’ and in your head, you have the same idea as training, you take it with decent force and pace.

“But I hit it too much underneath the ball and it hit the crossbar – looks like it goes out the stadium, it was very disappointing at the time, unfortunately, I missed.” 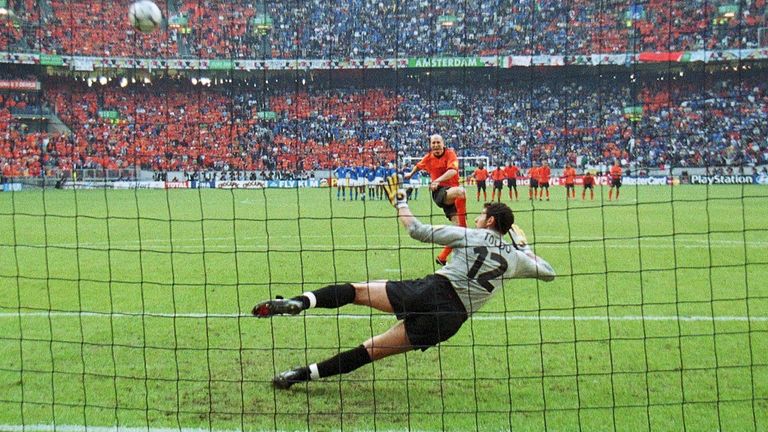 Italy won the shootout 3-1 and the Netherlands were knocked out on their home turf.

“I think everybody within the squad thought we could’ve done it. You need to keep your head cool but we missed the penalties otherwise we would’ve been there and could’ve won the tournament,” Stam said.

“The Dutch people expected us to win, if you look at the squad, we had a lot of quality within that team.

“By playing in your own country, it brings a little bit extra in terms of performing – but like everyone knows, we lost on penalties and it was really frustrating.”

As history recalls, France would go on to win the tournament with the ultimate irony being that the Netherlands beat them in their final group game 3-2. If the Dutch had beaten the Italians, they would have faced the French in the final.

“They (France) were happy they didn’t have to play against us again. We needed to beat the Italians but they were tough. The ability and quality in the team, for some reason we didn’t get everything out of it,” Stam said. “I went as far as I possibly could from Europe [after the tournament]. I went to America on a holiday but you’re confronted by so many people about it. They were all talking about my penalty.