Ivan Toney was delighted to come out on top in his battle with Joel Veltman during Brentford’s 2-0 win against Brighton on Friday night.

Toney scored in either half to prove the difference between the two teams, and had a number of encounters with Veltman throughout the match.

As the game wore on, Toney started to gain the upper hand in their duels, and he won a penalty in the second half when he was tripped by Veltman inside the area. The 26-year-old picked himself up to convert from the spot, and speaking after the game he went into detail about how his battle with Veltman had played out from his perspective. 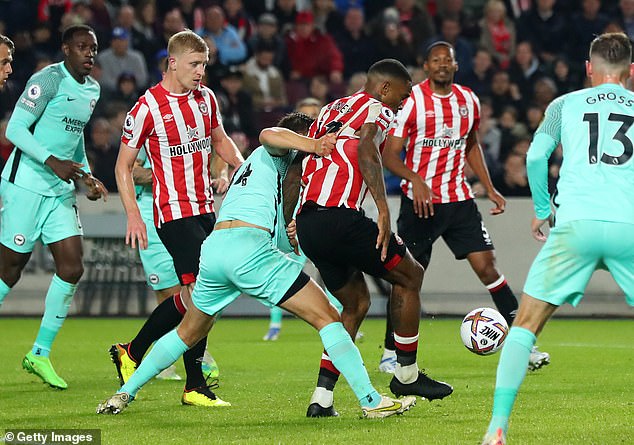 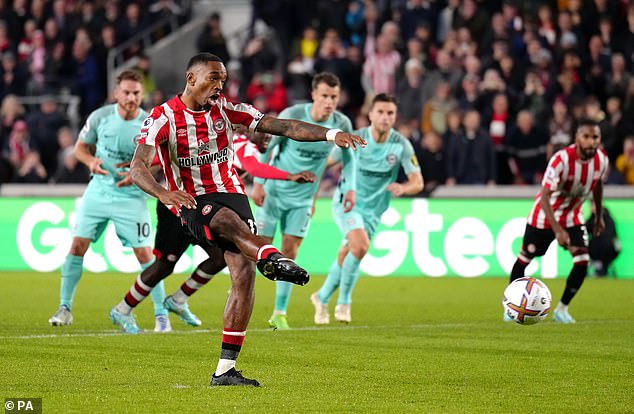 ‘We’re dangerous on set plays. I can see the long throw there, the flick on and when there’s bodies in the box, anything can happen. The defender’s kicked me there and I’ve gone down,’ he told Sky Sports as he talked through the penalty incident.

‘He [Veltman] tried getting in my head and I get in his head. I think I got the better of him today.’

Brentford were made to work for their first victory since early September, but Toney felt his side deserved to get back to winning ways.

‘I enjoy playing with these boys. We work off the ball and that’s what it’s all about. We fully deserve the three points,’ he added.

Veltman also spoke to Sky Sports, and the Dutchman did not entirely agree with Toney’s verdict on the final result. 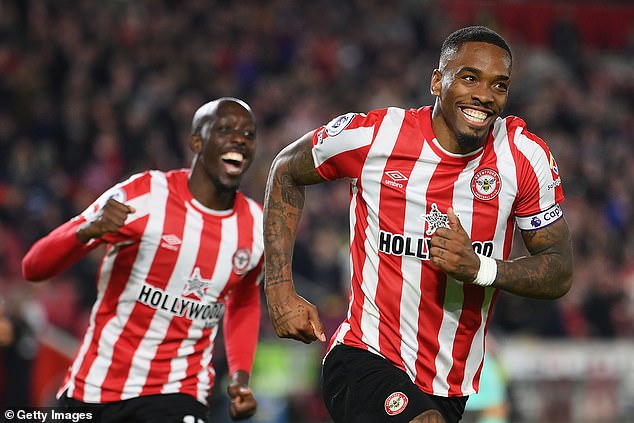 Toney and Veltman had an entertaining battle, and the Brentford striker was happy to ‘get the better’ of it

‘We didn’t play bad even though we lost 2-0. Their keeper had an amazing day, sometimes you have to accept that. They scored twice, that was the difference,’ he said.

‘We knew it would be a more [of a] fighting game than nice football here. We fought well. Our fighting spirit was there. We could do more with second balls.

‘A draw [would have been] fair enough.’

Brentford moved up to eighth and within a point of Brighton after their win, although the Roberto De Zerbi’s side do have a game in hand on the Bees.