ITV and BBC have agreed a deal with UEFA to share the rights to show Euro 2024 and Euro 2028 matches on free-to-air television.

Euro 2024 will be a 24-team tournament held in Germany while the Euro 2028 format and host nation is yet to be decided as of yet.

The two major broadcasters will split the games in both tournaments equally while both being allowed to show the finals. 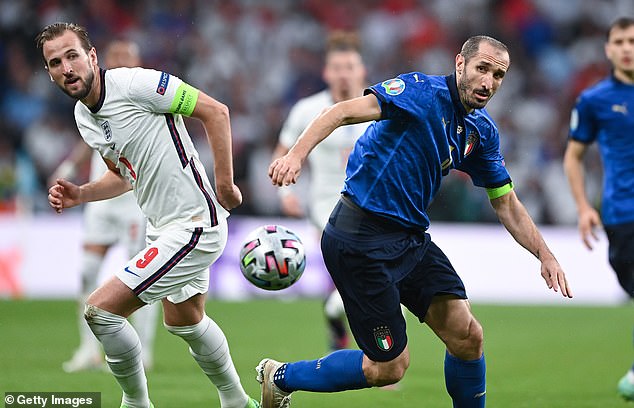 The deal means that the major tournament’s matches will remain on free-to-air TV for the foreseeable future following the success of recent tournaments including the delayed Euro 2020.

Niall Sloane, ITV Director of Sport, said: ‘This deal keeps the Euros available on free to air television for viewers for the coming years.

‘Having delivered the biggest ever UK single channel football audience of 27.6 million at last year’s Euros, for England’s semi-final victory over Denmark, we’re looking forward to bringing to the widest audiences the very best coverage of tournaments that have such broad appeal.’ 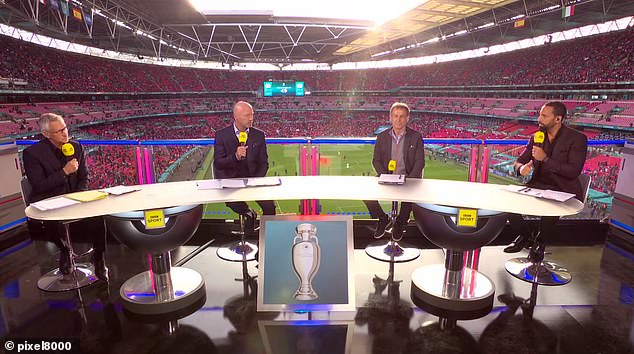 Barbara Slater, Director BBC Sport, added: ‘The BBC has proven time and again that we have the ability to bring the biggest sporting events to the widest audience.

‘The previous UEFA European Championships were a huge success so we’re delighted that we’ve completed this deal for the next two tournaments that we hope will provide even more memorable moments for viewers.’

The deal has been agreed on the back of successful Euro 2020 coverage from both broadcasters with an audience of almost 31 million tuning in across the UK to watch the final on both BBC and ITV as England lost to Italy in the final. 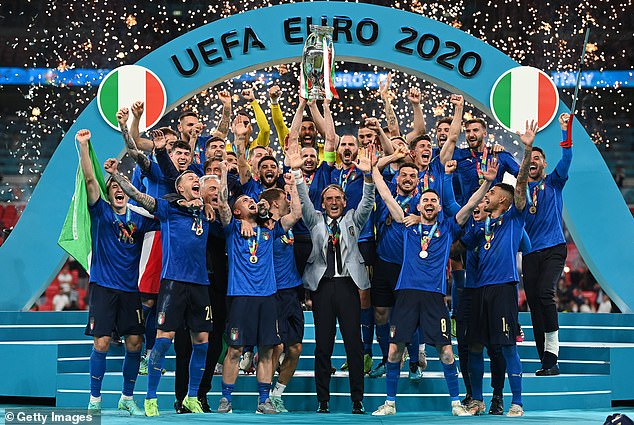 An audience of 31million tuned in to watch the Euro 2020 final, where England lost to Italy

Guy-Laurent Epstein, Marketing Director UEFA, said: ‘We are very pleased to continue our partnership with ITV and the BBC.

‘Each partner brings in-depth knowledge and expertise to the broadcasting of the UEFA European Football Championship and we look forward to the extensive and excellent coverage for the fans across the UK.’

Both broadcasters are currently preparing to show the 2022 World Cup in Qatar later this month.