The Italians have already started the mind games ahead of their Euro 2020 final with England on Sunday.

After watching Roberto Mancini’s side beat Spain on penalties on Tuesday, the Three Lions beat 2-1 Denmark in extra-time a day later. With the game 1-1 after 90 minutes, England were awarded a penalty in the first half of extra-time after Raheem Sterling was brought down by Joakim Maehle. 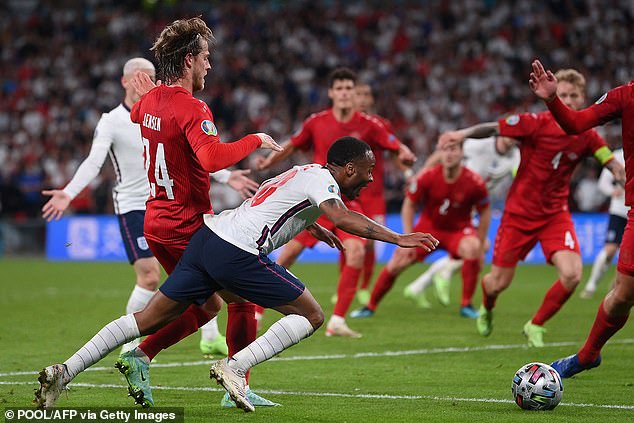 This is not the first time Italians have poked fun at England’s football anthem.

Several supporters were seen with signs which read: ‘It’s coming Rome!’ at their semi-final on Tuesday.

Another poster read: ‘It’s coming home but not in yours’.

Italy may have felt England’s penalty was soft but back in the quarter-final Ciro Immobile was mocked for his play-acting against Belgium. 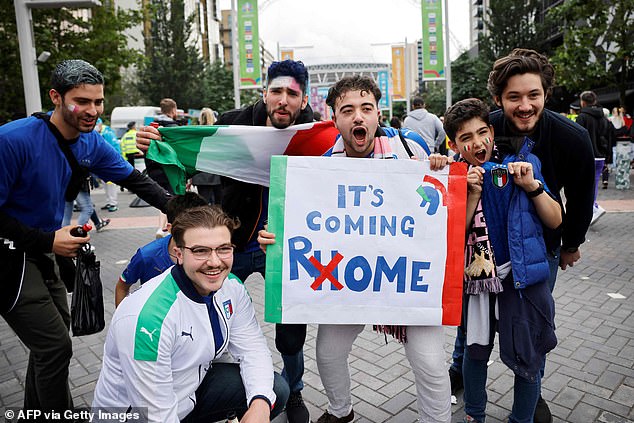 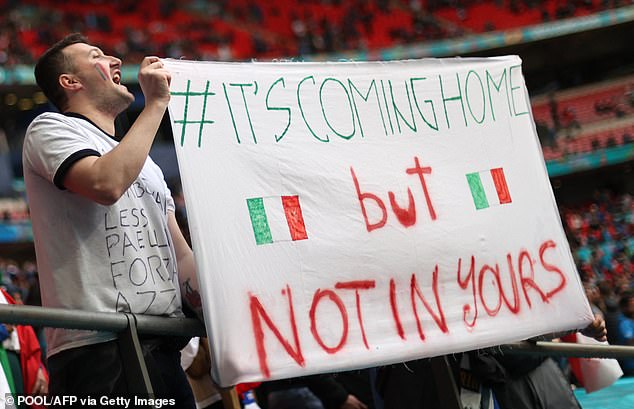 The Lazio striker went to ground in the box after a slight coming together with Jan Vertonghen.

Immobile began to writhe around the ground in pain in an apparent attempt to try and win a penalty for his side, who were still on the attack in Munich.

As Immobile was rolling around on the ground, Inter Milan midfielder Nicolo Barella got onto the ball and created some space before putting his side ahead with a great strike past Thibaut Courtois.

Barella’s effort sparked jubilant Italian celebrations – something that Immobile was very keen to be part of.

The lethal striker leapt to his feet and looked around as he jogged over to join his team-mates in the celebrations. 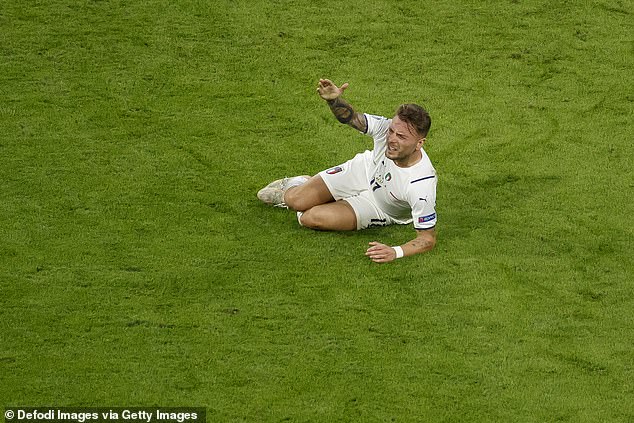