Inter Milan’s clash with Bologna descends into FARCE as Lautaro Martinez and Co are forced to turn up to away game, even though their opponents had been put into Covid quarantine by local health authority

Rising COVID-19 cases in the Bologna squad led the local health authority (ASL) to place the team into quarantine for 7-10 days from Wednesday, meaning they could not take part in their scheduled home clash with Inter, which was meant to kick off at 11:30 GMT on Thursday.

Yet with Serie A refusing to cancel matches, Inter were forced to turn up and train before the game, as normal, with officials even tasked with inspecting the pitch, despite there being no sign of any Bologna players. 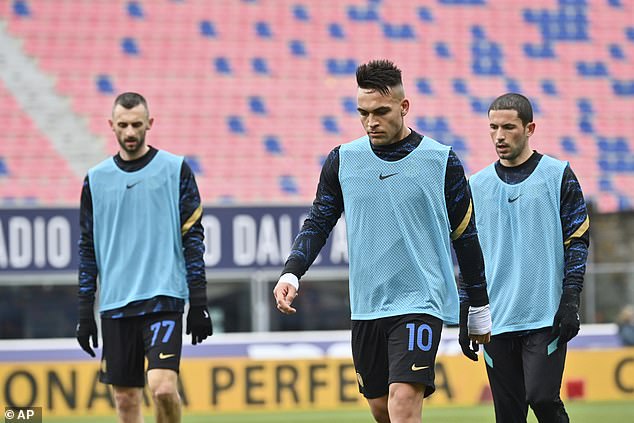 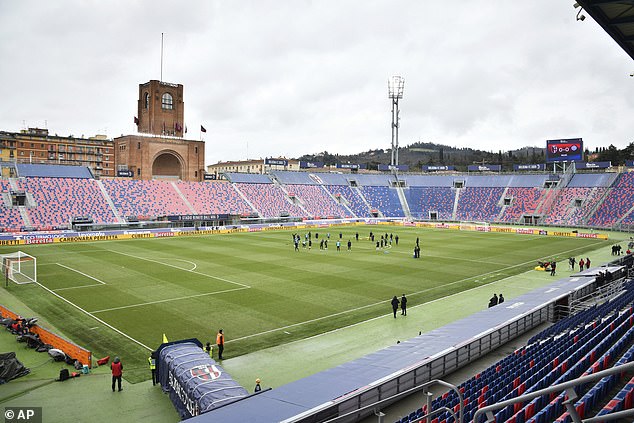 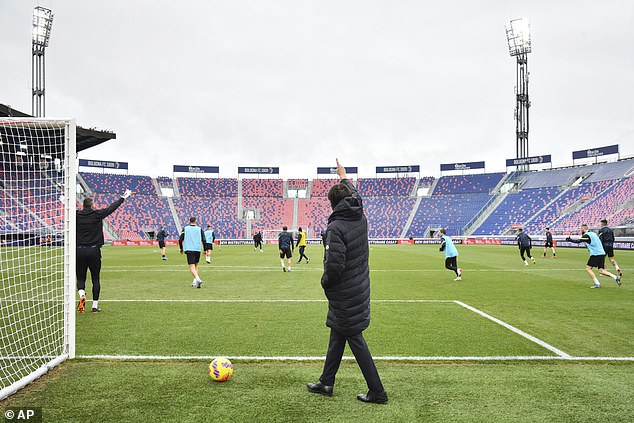 Serie A rules state that Inter are set to be awarded a 3-0 victory pending any appeal by Bologna.

Yet Inter director Beppe Marotta, who was in attendance in Bologna, says the system is not working.

‘The situation is chaotic,’ Marotta told Sky Sport Italia. ‘Games have been postponed by local health authorities who decided independently.

‘Bologna were ready to play and they suffered the situation from ASL which have taken this decision to protect everyone’s health, but clarity is missing. I would limit the ASL’s power otherwise, we’ll always face similar situations in the future.’

Following another Serie A meeting on Thursday, the league released a statement saying a new protocol was to be put in place stipulating that teams must fulfil their fixtures if they have 13 fit players born before Dec. 31, 2003.

Clubs can pick players from their first team and youth side, who tested negative at least 24 hours before the game.

Failure to turn up for a match will result in a 3-0 victory for the team who does attend and the club who does not show up is deducted one point.

When asked what the protocol is when a team has 13 fit players yet is forced to quarantine by a local health authority, the league said the protocol was clear: a team with 13 players who tested negative must play or forfeit the match.

Juventus were initially awarded a 3-0 win after similar scenes last season against Napoli.

Napoli, however, successfully appealed the decision to the Italian Olympic Committee (CONI) Guarantee Board and the match was played on a different date. 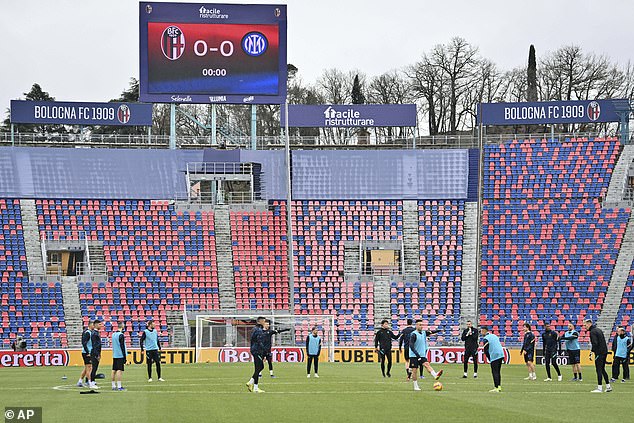 More of the same confusion is expected to unfold later on Thursday.

Bottom side Salernitana, who have nine players that tested positive, are due face Venezia, but their local health authority forced the squad into a five-day quarantine. Udinese and Torino have also been placed in isolation and blocked from travelling to Fiorentina and Atalanta respectively.

Valentina Vezzali, Italy’s sport undersecretary, said on Thursday she wants to create a control room that enables ‘uniform behaviour of the local health authorities through a national coordination, so that we can get out of this state of uncertainty.