Liverpool midfielder James Milner is a reluctant full-back but manager Jurgen Klopp hopes he will look back on the experience with pride.

Any time there is an injury to a key position the veteran, who turns 36 in January, is wheeled out as a dependable deputy.

For the last two matches he has been filling a Trent Alexander-Arnold-sized hole at right-back while the England international is sidelined with a groin injury. 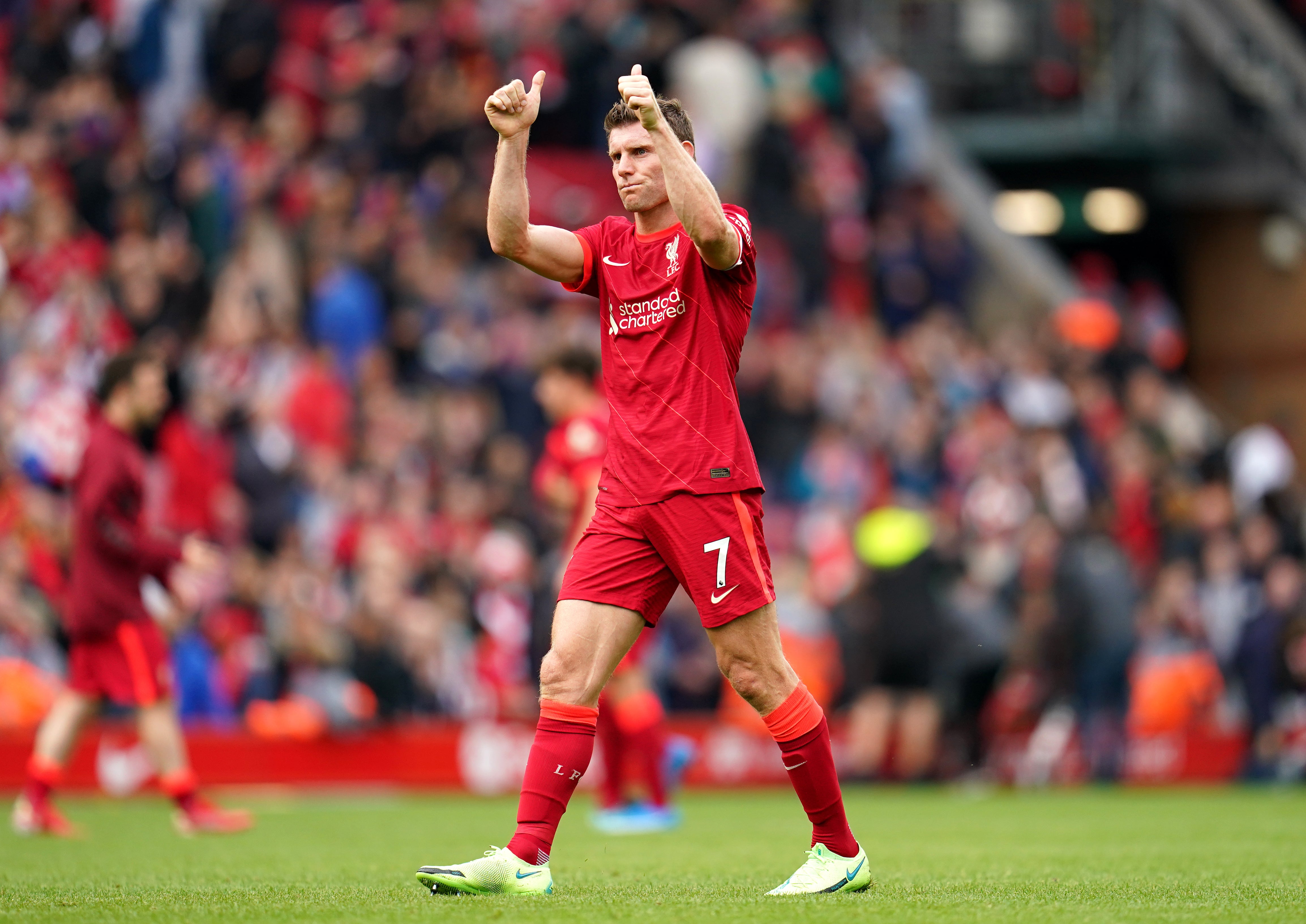 Milner has also had to do a similar job on the other side when Andy Robertson has been unavailable but he is, understandably as a right-footer, more comfortable on the right – although he would rather not be there at all.

Part of Milner’s decision-making process in leaving City at the end of his contract to join Liverpool in 2015 was that he was promised by then manager Brendan Rodgers he would be given a central midfield berth rather than be shunted around the team.

While he has made the majority of his 254 appearances for the club in his preferred role, he remains the man called on in an emergency.

“He doesn’t like the position but he plays it exceptionally well because he is a smart footballer and he likes to be involved,” said Klopp.

“That is why he always thought he had to play in the middle of the park but the way we play the right-back is quite influential and has a few possession opportunities to be influential in the game.

“So for the moment I think he thinks it is OK to play there.”

In addition to his versatility on the pitch Milner, with his huge experience of 566 Premier League appearances in a 20-year career, plays a significant part off it.

“He is an important part of the squad, not only if he plays but in the dressing room he is an incredibly influential player,” added Klopp.

“It is nice he can have these both things; being a real engine in a dressing room and on the pitch as well.

“I am really happy he has the opportunity to play these games and put in these performances because it shows his spectrum.

“He can do pretty much everything, play every position, and at one point after his career – hopefully in a few years – he will appreciate the experience.”

Despite his age Milner remains one of the fittest and most reliable players in Klopp’s squad and if, as expected, he plays his third match in eight days he is likely to be up against City’s £100million summer signing Jack Grealish.

The veteran has already successfully shackled Crystal Palace’s Wilfried Zaha and Porto’s Primeira Division leading scorer Luis Diaz and his manager said whomever he faces he should not be concerned as he will have help from his team-mates.

“Football is not a game any more where you should have these one v one challenges for a long time,” said Klopp.

“There are moments, seconds, but actually whoever plays there should be protected by at least two players in a fightback situation, that’s the centre-half, midfielder and a winger in an ideal world. 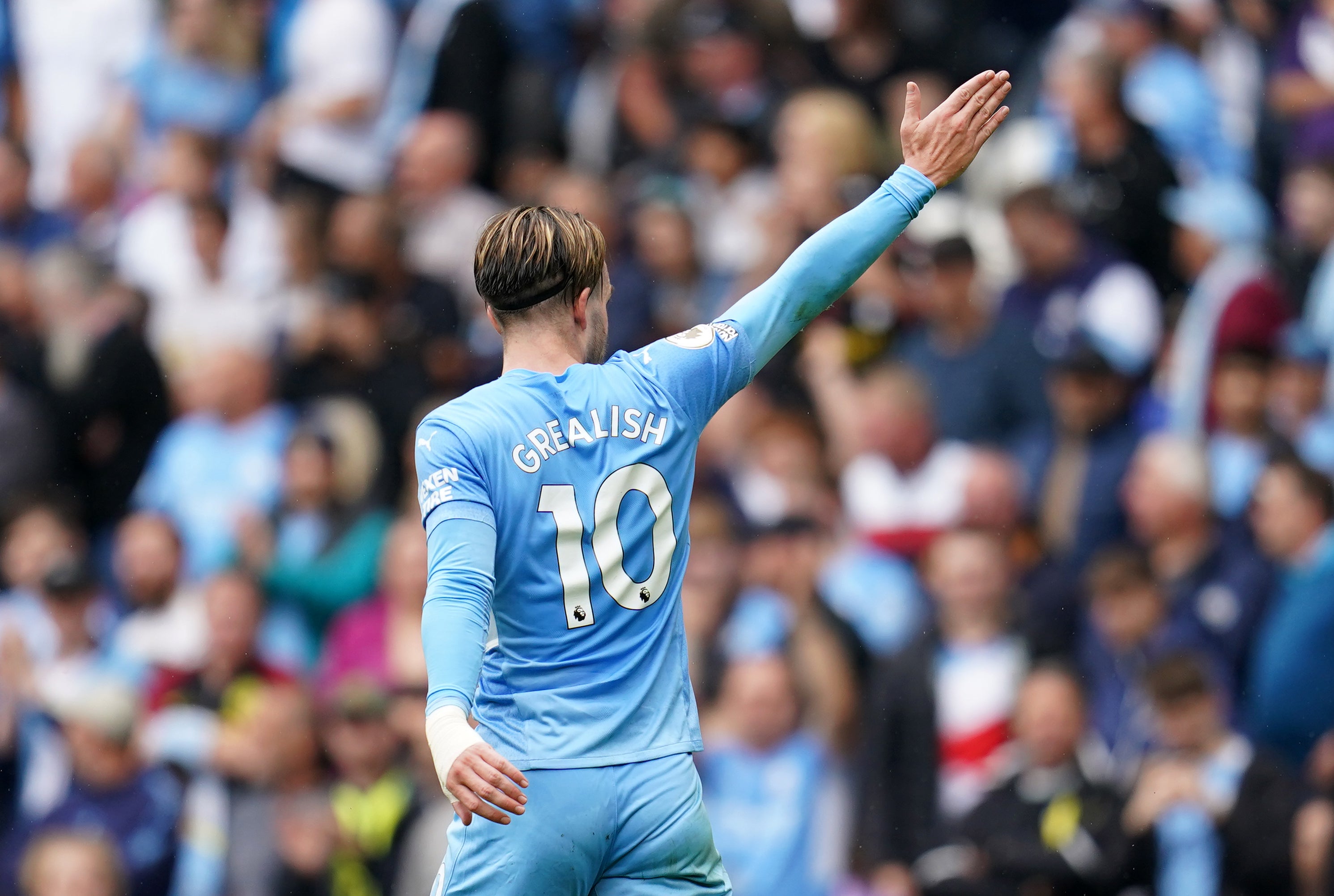 “Whoever plays there should not be afraid he will be alone for a long time against really good players.

“I don’t know who will play for City in this moment and I don’t think it makes too much sense to think about it. We have to defend as a unit.

“There will be moments when individual quality will shine on both sides and in the end hopefully it will be good enough for us.”