An impressive Gareth Bale statistic has emerged that might make Tottenham seriously consider securing the winger for a third spell next season. The 31-year-old will return to parent club Real Madrid this summer after performing well on loan at Spurs.

Bale ended a seven-year hiatus by rejoining the north Londoners on a temporary deal in September last year.

The Wales international had scored 55 goals in 203 appearances for Spurs after joining from Southampton as an 18-year-old in 2007. A £77million move to Real followed where he won four Champions Leagues and two La Liga titles.

His deteriorated relationship with Los Blancos head coach Zinedine Zidane meant that he was made surplus for requirements last summer.

Bale played in only 16 Spanish top-flight matches in 2019-20 and scored just twice. Both came in a 2-2 draw against Villarreal, a game in which he was later sent off. 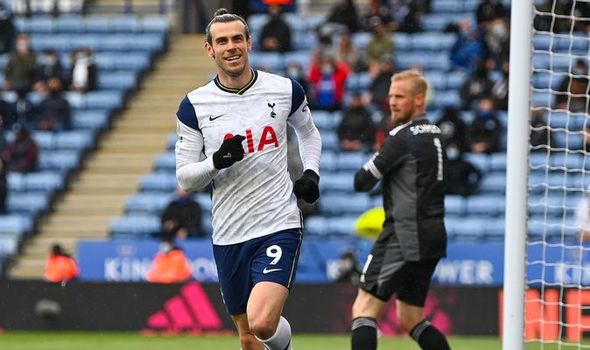 Former Real boss Jose Mourinho struck a deal to take Bale back to Tottenham in the summer transfer window but limited his playing time after a succession of injuries.

Bale made just six Premier League starts before the Portuguese head coach was sacked in April.

Interim coach Ryan Mason used Bale from the start of his first four top-flight games before using the winger as a substitute in Spurs’ final two games.

A brace after coming off the bench against Leicester City on Saturday helped his side to a 4-2 victory and ensured they finished seventh.

And Bale was sensationally directly involved in two-thirds of the goals scored by Spurs when he was on the pitch.

He either scored or assisted 14 of the 21 goals scored while he was actively playing, according to data released by Fantasy Premier League.

It is the highest goal involvement of any player to play more than 500 minutes for their club. Bale played in 1012 minutes. 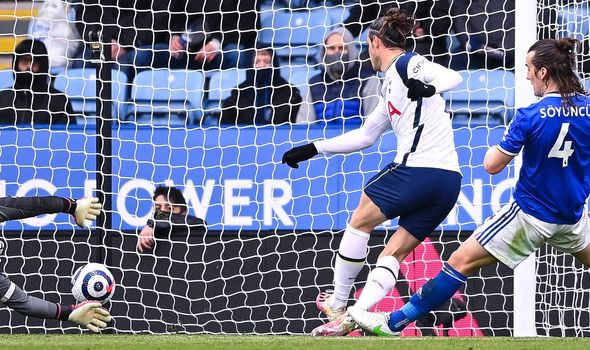 Bale’s future beyond the summer is unclear. He will return to Madrid after featuring for Wales at Euro 2020.

Rumours of Zidane leaving might reopen the door for the attacker to feature for the La Liga runners up.

“I’m not going to speak about individuals when it comes to this summer and next season.

“We need to appoint a manager first but in terms of Gareth, yes he produced moments of brilliance.

“I’ve said all along that Gareth won’t lose this. You don’t overnight lose that ability to produce moments when you’re that good.

“I thought he came on and changed the game. Some of the touches and the balls he played, he showed immense quality and I expect nothing less from Gareth.”
Source: Read Full Article