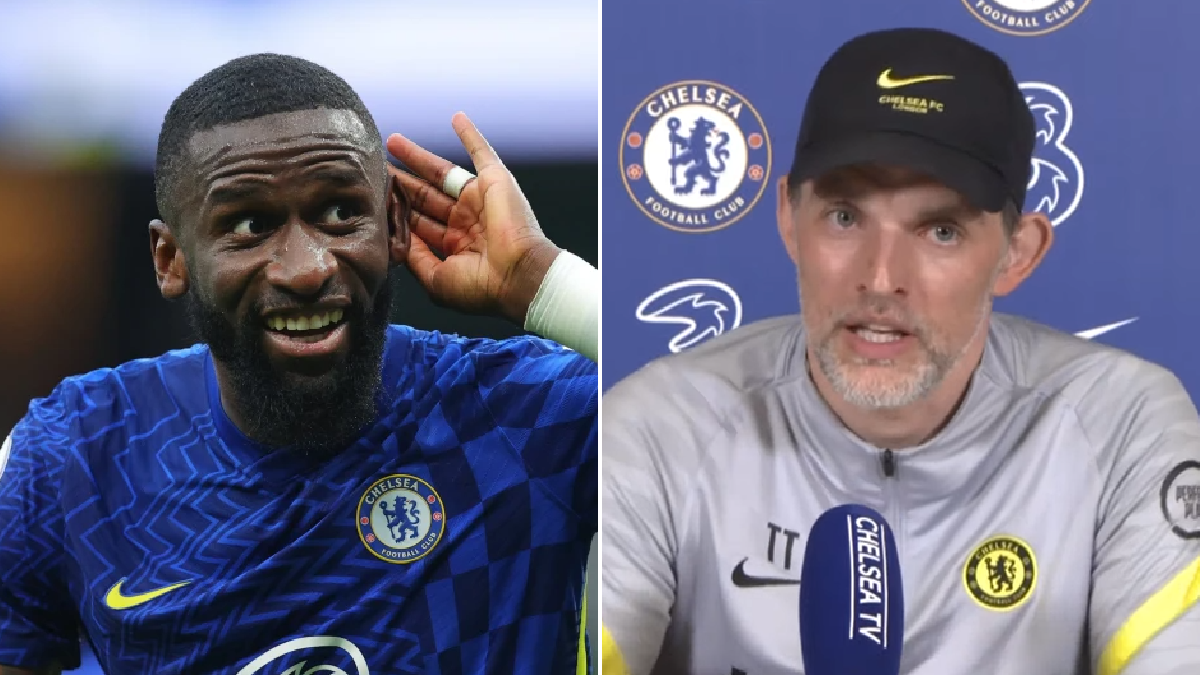 Thomas Tuchel has suggested he made a mistake in confirming that Antonio Rudiger will leave Chelsea and says the club need him to keep performing at ‘100 per cent’ to ensure they finish the season on a high.

Reports emerged at the end of last week that Rudiger had decided not to renew his contract with the west London club and would leave when his deal expires at the end of the season, with Real Madrid his most likely destination.

Tuchel confirmed the reports following Chelsea’s win over West Ham on Sunday, speaking extensively and glowingly about his countryman’s performances and influence on the team.

But with six games left to play and just a five-point buffer to fourth-placed Arsenal – who have played a game more – Chelsea are still fighting to secure third place in the Premier League and also have an FA Cup final against Liverpool to look forward to.

Rudiger’s situation has created something of a distraction – and perhaps even question marks over how committed he will be – and Tuchel has underlined the importance of the 29-year-old remaining focused on Chelsea’s objectives.

Speaking at his pre-match press conference ahead of facing Manchester United on Thursday, Tuchel said: ‘It was a pleasure every single day with Toni and I’m a bit concerned that we talked a bit too much in the past about it, because we still have not reached all our goals that we have for this season.

‘There are still things to achieve, big things, and he is still a big part of this club and we demand still 100% of him and this is where the focus is.

‘And then from pre-season next season, like I’ve said, life will go on whether we like it or not, whether we are happy about it or not.

‘And then from pre-season next season we will give our very best and I will be fully involved with all my heart and all my knowledge, for sure.’

Asked if he is confident he will still have a competitive Chelsea team next season even without Rudiger, Tuchel added: ‘Yes, and in the end that’s my job.

‘At the end, we will dig in and we will try to squeeze out everything from the squad that we have.

‘And hopefully, and I know myself, I will fall in love with the squad that I have then and try to push the squad to the limit.’