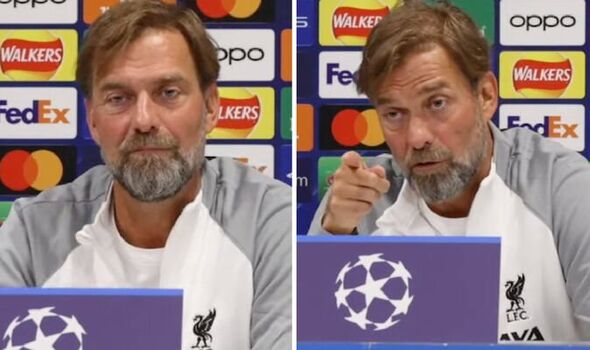 Jurgen Klopp lost his cool with photographers that were present at his press conference before Liverpool’s Champions League tie against Ajax on Tuesday. The German boss became frustrated with one particular snapper as the noise coming from the cameras drowned out the voice of a reporter asking him a question.

Klopp struggled to hear a male reporter at the back of the news conference and asked him to repeat his question before it became apparent that the background noise from cameras taking pictures was interfering with his ability to hear.

At first, the Reds boss made a polite request for the photographers present to refrain from taking pictures so that he could hear properly. But Klopp became suddenly annoyed when one snapper refused to obey his orders as they continued to capture shots of him.

Visibly more irritable at this stage, Klopp said in his pre-match press conference: “If you could just, for a second, stop making pictures, then I can understand the question.” 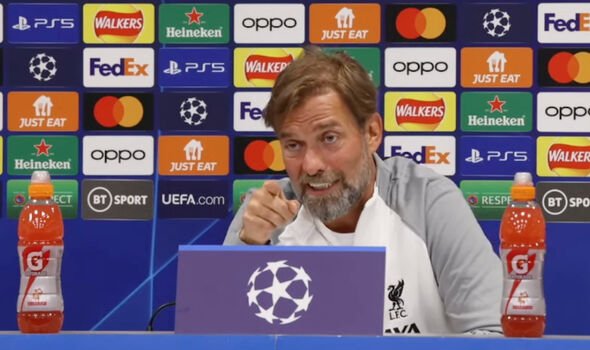 Klopp then made a point in gesturing to a specific photographer in the crowd, adding: “You with the camera, behind… ahh! Sorry again. Just for one second.”

Another camera operator then dared to take a picture, much to Klopp’s annoyance, and he stopped himself again, pleading once more for them to stop so he could hear the question: “Please. Five seconds break with the pictures, then I understand the question.”

At this point, the noise quietened down and the reporter managed to ask Klopp what he felt about the news regarding Queen Elizabeth II’s death on September 8. The Queen, the longest-reining monarch in history, was 96 when she passed away at Balmoral Castle. 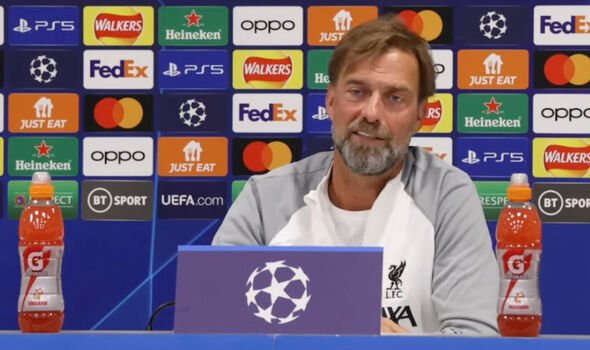 Her passing triggered a worldwide reaction of mourning, with sport across the world paying their respect with a minute’s silence. There is a similar tribute planned at Anfield tomorrow night during their match against Ajax on Tuesday and Klopp said he would join in to “show respect”.

“I was really busy but still got [the news]. I’m 55 years old and it’s the only thing I ever knew, the Queen of England,” he said. “As far as I know, and I don’t know her, you can see she was a really warm, nice and loved lady, and that’s all I need to know.

“That was my personal experience not too long ago, but it’s not about what I think but what people who are much closer or felt much closer to her. I respect her and that’s why I will show my respect tomorrow night with the minute’s silence if it goes through.”