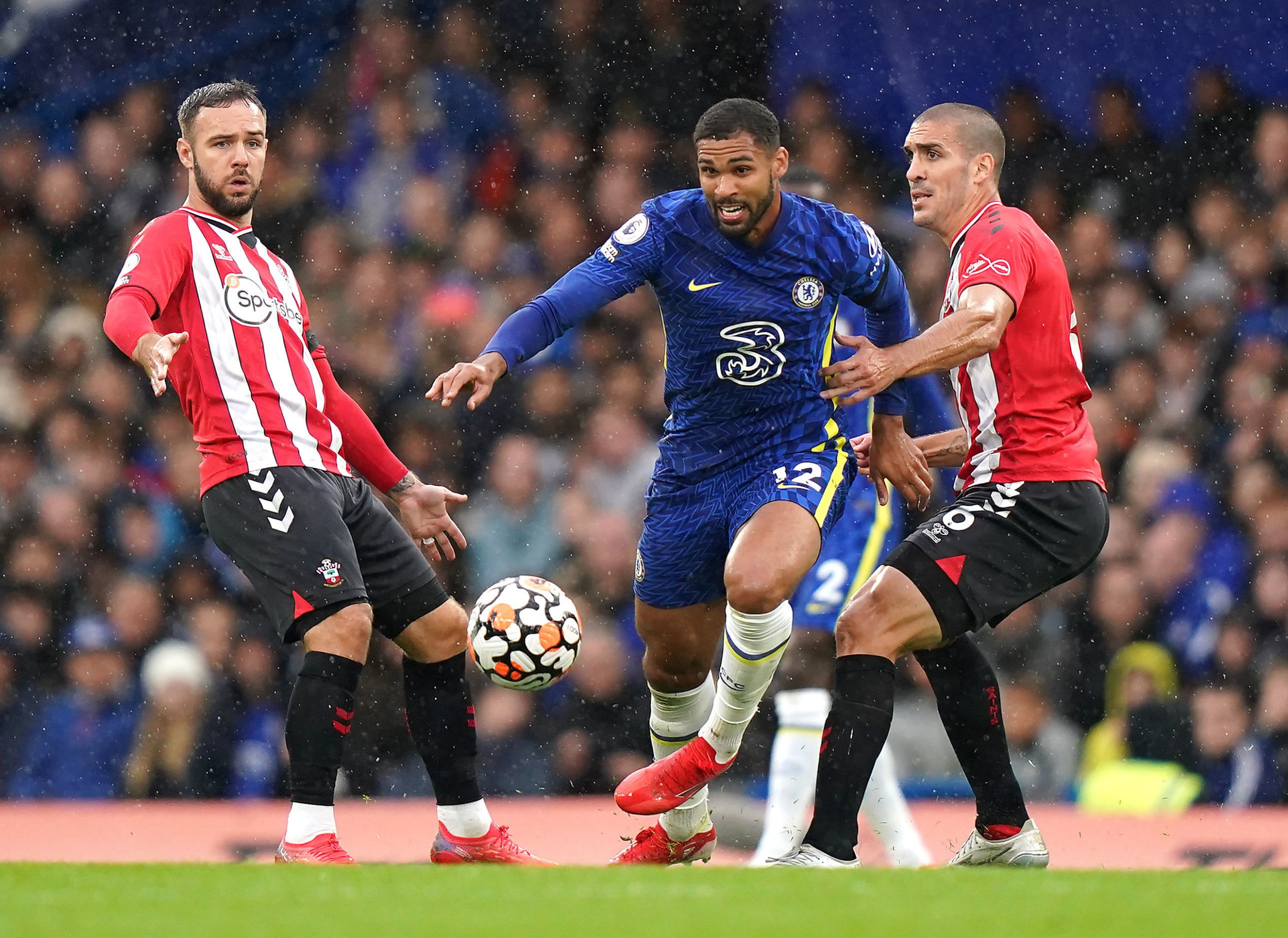 Loftus-Cheek started alongside Mateo Kovacic at the heart of Chelsea’s midfield as Tuchel’s men sealed a 3-1 victory at Stamford Bridge.

The 25-year-old has made just one Premier League appearance as a late substitute this season before Saturday but delivered an impressive display against Southampton.

And Wright feels the midfielder has the ability to challenge for a regular role in Chelsea’s midfield.

‘What was good about Ruben Loftus-Cheek is that after the injury he had was going to Fulham,’ Wright said on BBC’s Match of the Day.

‘I didn’t think we’d ever see him go back to this kind of form.

‘The display today was magnificent. People say about Ruben Loftus-Cheek about his energy and it looked like he was playing in himself.

‘But today, in his own box, in midfield, everything. One of the things he’s going to have to do to stay in this Chelsea team, especially as someone who played in a pivot as a [midfield] two, is score more goals.

‘The power, the skill, he’s got everything. People say he hasn’t got the energy, look at him now, this is scary.

‘Looking at a Ruben Loftus-Cheek who looks to me like he’s got the fire in his belly back. He’s dangerous.’