IAN LADYMAN: Gareth Southgate says he does not know what more he can do to answer long-standing criticism over his team’s style of play… but the credit he earned for taking England to the Euros final has run out

The last time England faced Italy, Gareth Southgate’s popularity was such he was asked beforehand who he would choose to play him in a film about his life. On Friday, less than a year later, he was asked why his team’s football was not more exciting.

This is the life of the England football manager. In Southgate’s orbit, taking England to their first major final in more than half a century only brought with it so much credit and it has run out.

On Friday he sat in a room at St George’s Park to talk about this evening’s Nations League game. There was some reflection on last summer’s Euros final. He was asked, for example, if he still takes pride in his runners-up medal and he replied that, yes, he did. 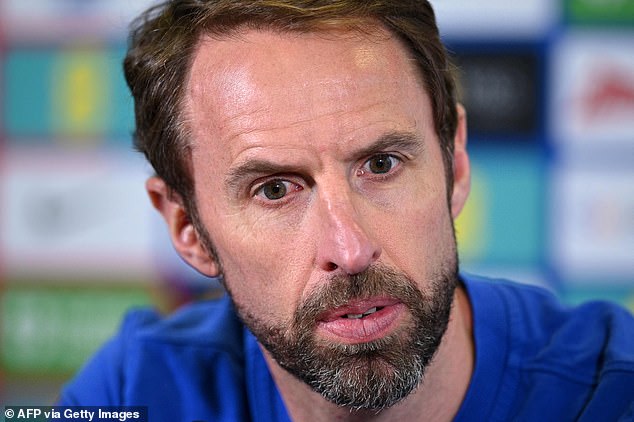 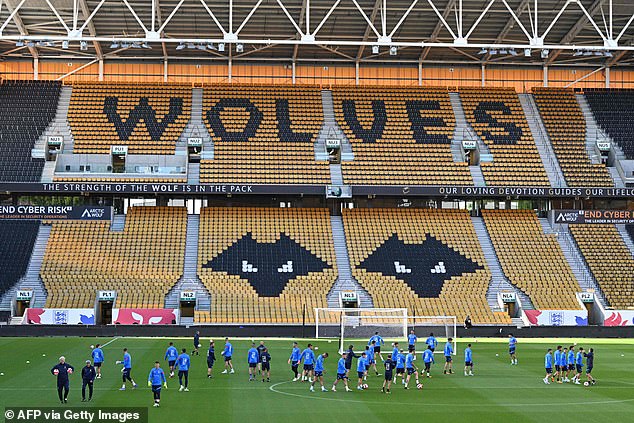 Largely, though, Southgate was invited to revisit a topic that one senses is wearingly familiar to him, namely his team’s style of play.

These are all valid observations and Southgate understands that. He also knows that last summer’s efforts, coupled with the run to the last four of the 2018 World Cup, have turned expectations into what now feel like obligations ahead of Qatar in November.

Equally, he has a clear view of how his team should move forwards. He will not, he stressed, be swayed by experts on Twitter (even ones with England caps in their bios), the radio or from the bar of the Dog and Duck.

And maybe, just maybe, we should be thankful for that. Southgate may or may not turn out to be on the right path with this team but at least he justifies why he has chosen it.

‘People are going to disagree with selection,’ said Southgate. ‘That noise over the last two or three years does seem extremely loud and I had to ride that through the Euros. I can see that’s where it is again. That’s what I have got to deal with. 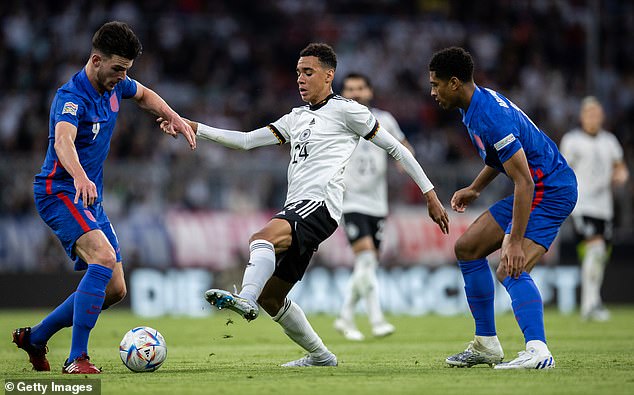 ‘I don’t read (the coverage) but I sense where the room is with it. Lots of managers have the same, that is the landscape.

‘But the balance of the team to get to a semi-final and final has been pretty good. Previously, maybe having the balance of that hasn’t been where it might have been. But look…I’ve got to manage in the way I see fit.’

Southgate is once more under pressure to start Jack Grealish, even though the player’s impact as a substitute in the creditable draw in Germany on Tuesday perhaps suggests that is the role to which he is best suited.

He is also still criticised for his apparent reluctance to start Trent Alexander-Arnold more often and for his fondness for two holding midfielders — Declan Rice and Kalvin Phillips — rather than one. 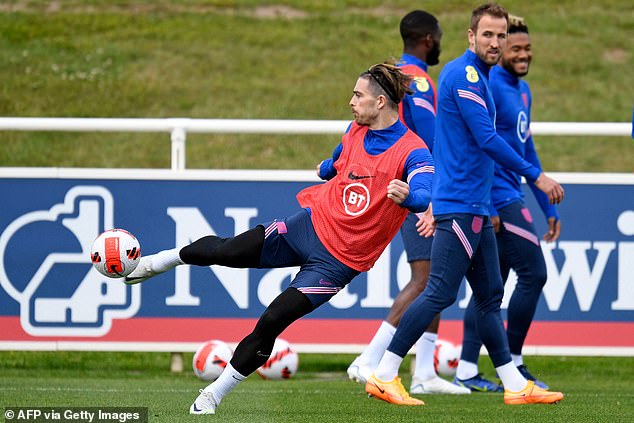 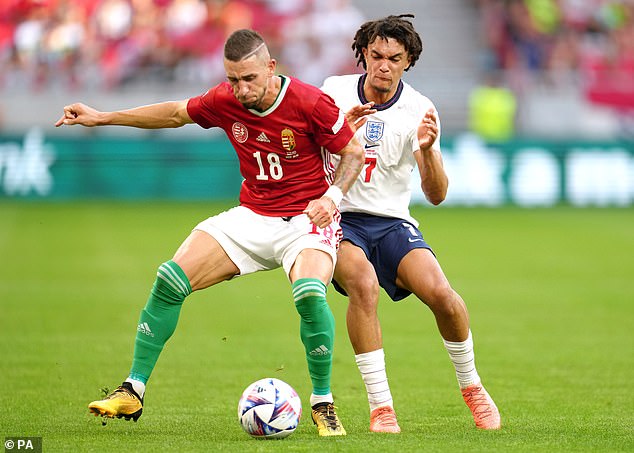 A Southgate strength in the face of all this is an ability and indeed a willingness to explain himself. Some managers will not and others cannot.

On Friday, for example, he outlined that in order to get Grealish into his team in Munich, he would have had to sacrifice Mason Mount. The Chelsea midfielder, he went on, did much to nullify the threat of Germany’s best player, Joshua Kimmich. So when he went on to say that ‘Mount’s contribution was crucial to us getting the result and Jack’s contribution was crucial to us getting a result’, it was perfectly easy to understand.

Southgate’s willingness to engage on these subjects should not be under-valued because it serves as an insight into his ability to connect collegiately with his players. This, after all, is really what matters and his players do tend to pull for him. 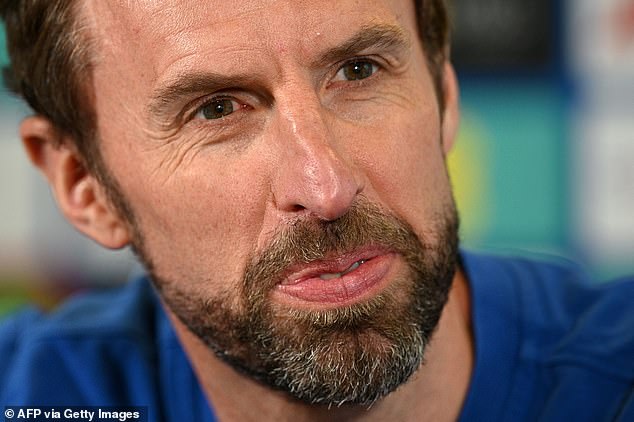 On Friday Southgate said that when he travels the country watching his players, the reception from the public also remains positive. ‘I do get some pats on the back,’ he smiled.

England have some improving to do to go deep in the World Cup. Their results against the really good teams need to be consistently better and tonight would be a good one to win.

Italy, of course, have followed their Euros success by failing to qualify for the World Cup. Roberto Mancini has suffered for that disaster but retains his nation’s trust. It could be argued Southgate deserves a similar courtesy.

‘I hear about conservatism but we were the highest scorers in Europe last year,’ he said. ‘So I don’t quite know what more you can do.’ The film, it seems, will have to wait.