Home » Soccer » ‘I was what Roy wanted but McCarthy said no’: Mick Clegg on Keane, Ireland and training Cristiano Ronaldo

Roy Keane is talking with Mick McCarthy before the 2002 World Cup, and one of them is being gallingly intransigent. It isn’t, this time, the player.

Keane had gone to McCarthy a few weeks before the tournament and asked if could he bring Manchester United’s power development trainer, Mick Clegg, to Japan. The midfielder had struck up a strong working relationship with Clegg, having credited him with honing his own impossibly high fitness, as well as the very mindset of the United team. Keane felt Clegg’s approach was so distinctive that he could help develop Ireland into a “small SAS unit” ready to “strike fear”, the sort of approach that is generally hugely effective in cup competitions.

“I want you to come and train myself and some of the players I’ve talked to,” Keane told Clegg. “We want your work with us because we feel it would be really good for the team to have somebody like you, as a motivator, too. We’re a small unit, but we can come out and really surprise people. I want you with me. I need you with me.” 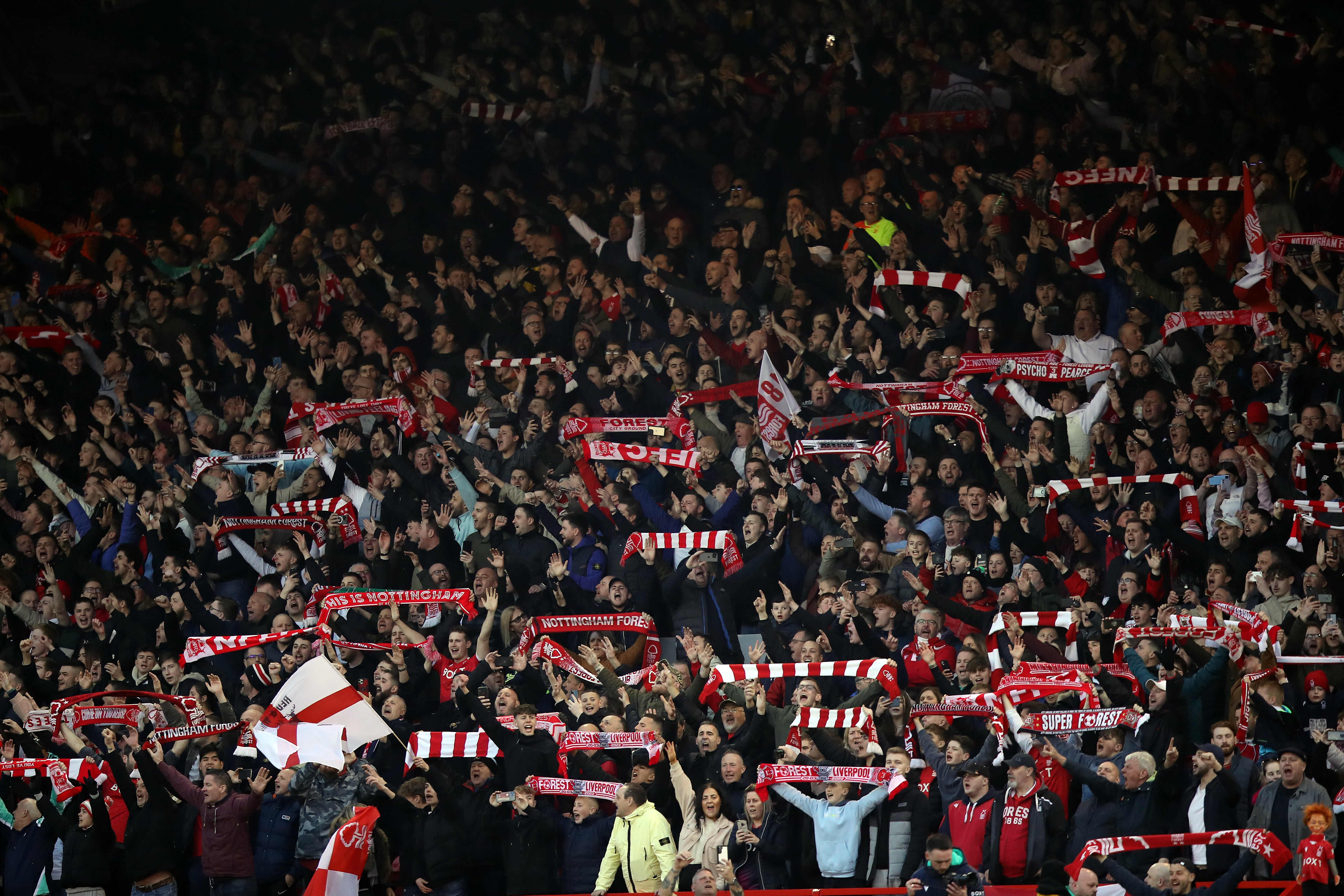 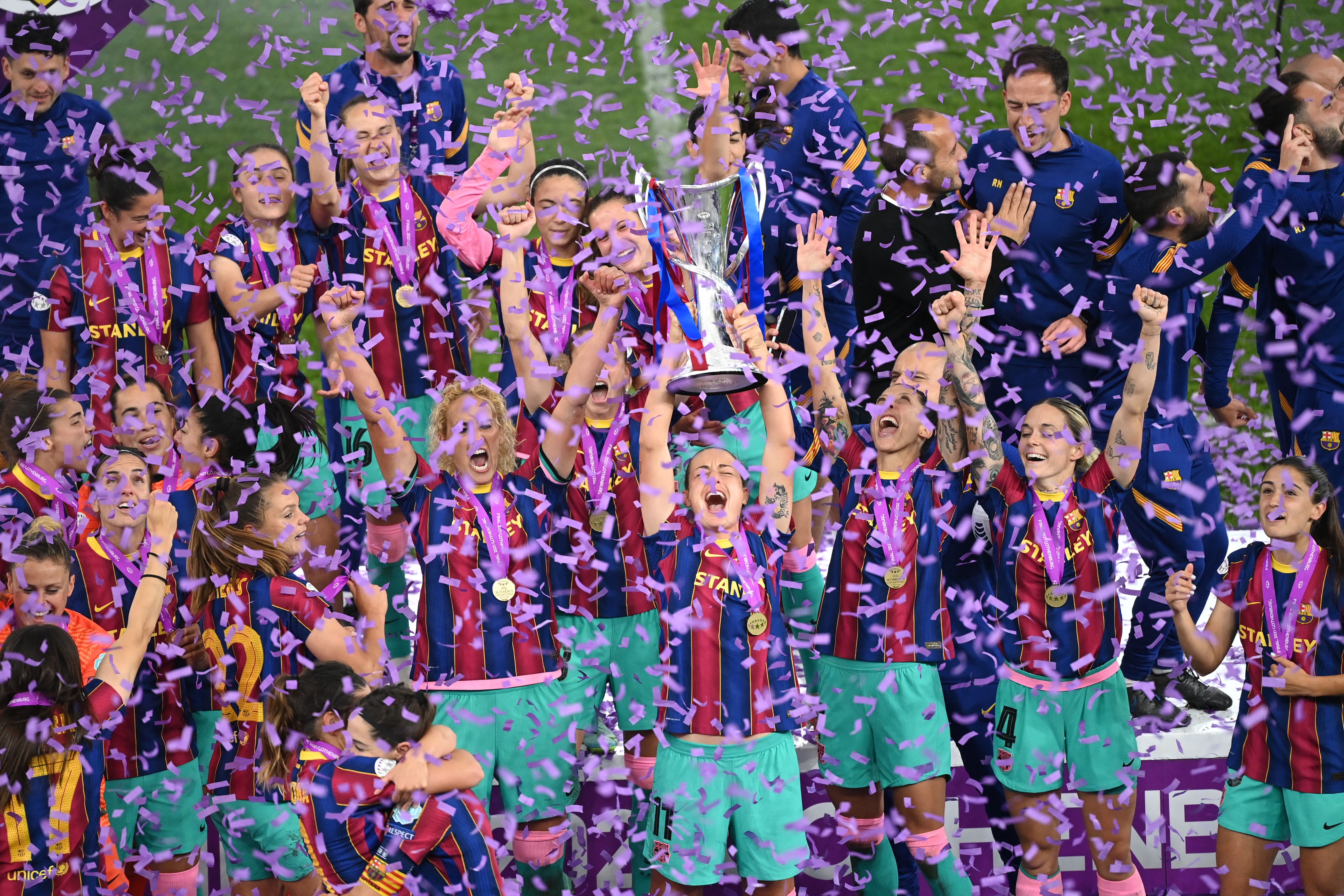 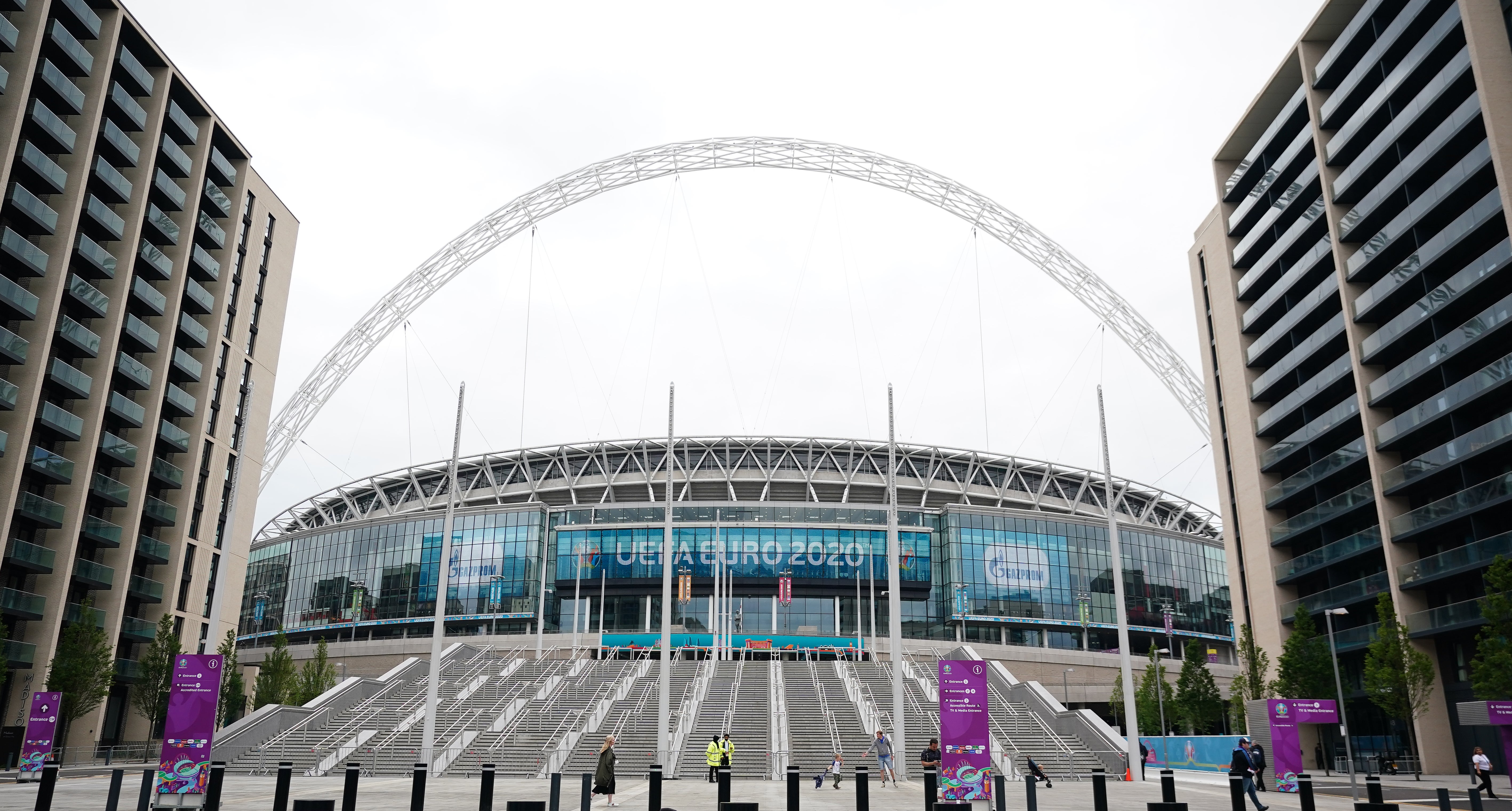 And that was that. Keane, in the words of Clegg now, was “seething”.

It is a remarkable new detail in the notorious story of the captain’s expulsion from the Irish squad, told in Clegg’s new book. It obviously didn’t spark the long-standing acrimony between Keane and McCarthy but may well have set the mode of thinking that ultimately saw the captain question everything around that World Cup, to the point of wanting to go home.

It certainly articulated the simple difference in outlook between the set-ups of Manchester United and Ireland, before you even get to more complicated issues like resources.

Clegg had initially been employed by United, and had come to work with Keane, through Sir Alex Ferguson’s willingness to try anything that would give his team any kind of edge. He ended up running the United gym for 11 years, working heavily with Cristiano Ronaldo during the time he transformed as a player.

Clegg’s two sons, Stephen and Michael, had been youth players at the club with the latter ultimately going on to play in the first team – including the Champions League quarter-final against Monaco in 1997-98. Injury curtailed Clegg’s career, but Keane had noted how he maximised his talents through his physical application, and later took him to Sunderland as a physio. This was an approach inspired by his father, Mick, an enthusiastic and entertaining character who talks with real passion about his work. It is easy to see why Ferguson became engaged. United’s former physio Rob Swire felt the senior Clegg could be perfect for working with Keane, particularly as he began to manage increasing injuries.

“I was working with the youth team when Rob brought me in,” Clegg tells The Independent over a Zoom call, his office filled with pictures of human physiology behind him. “He knew I had knowledge about specific performance exercises for certain things. I was doing power development, so he saw me doing the boxing, plyometrics. That’s why he asked me to work with Roy.

“I don’t tend to work with people until I’ve actually spoken to them about what it is they think I do, what they want from training, because there are so many areas untouched that people have never worked on before that can give them massive performance capability. Roy had never done any weights, but he had done boxing, so we introduced both.”

The period coincided with Keane going from a player with one of the highest body fat percentages in the Premier League to the lowest. It was probably peak Keane, when he was just pure midfield power. This was how he could rampage all around the pitch in Ireland’s decisive 1-0 victory over the Netherlands in September 2001. 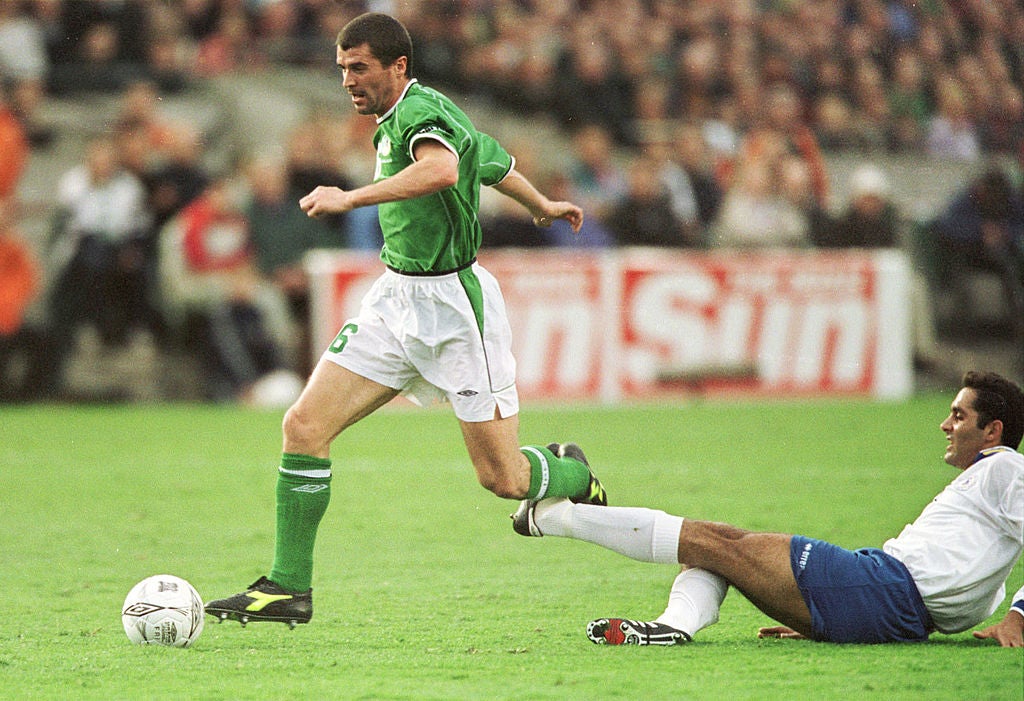 “He was absolutely brilliant,” Clegg says. “When you see people change, you also see a change in their mentality. That’s what happened with Roy. You could almost say he re-invented himself as a player. I know his body fat level was 5.5% at its best, which is very, very low, but perfect for a midfield player. He was very power-based, attack, attack, which is why he loved doing the boxing. It all helped hone him, made him more sharp and aggressive. He was really good to work with.”

It also, naturally, made the team work more.

“Roy influenced everybody, because Roy maintained control, and kept people in order. You have to have somebody like that in a changing room, certainly at that time. When the players went into the gym, they knew Roy was very pro what I did.

“He really made it easy for me to work in the gym. All the players wanted to do it because – on a level of playing and training – Roy was the man. Everyone’s bought into it, because Roy said it was good. So it all passed down to your Beckhams, your Butts, you’re Jaap Stams. Ruud van Nistelrooy was magnificent, the most marvellous mind ever when it comes to understanding who he is, what he is and what he could do. Nemanja Vidic was a marvel to train. I was honoured. Roy wanted me on the pre-season tour. The gym became a centre. It was a marvellous time.

“They were combining speed training, sprint training, agility training with the skill. That’s what I encouraged. You do it all together because we’re actually trying to train the brain, so it all connects. If you isolate different training, it doesn’t fit as well.

“It’s really about understanding the brain, as that connects everything. I studied at Montreux University to really understand brain cognition, and the layering of emotion, all the different aspects. You also need the individual psychology of people that use things in different ways, so you’re able to layer one thing on top of another to build up a pattern of how these things work.

“What you need is everything working together, so it grows together. That’s when a player grows.”

One of the players that grew the most was Ronaldo – but Clegg does not feel it happened in the way commonly perceived. 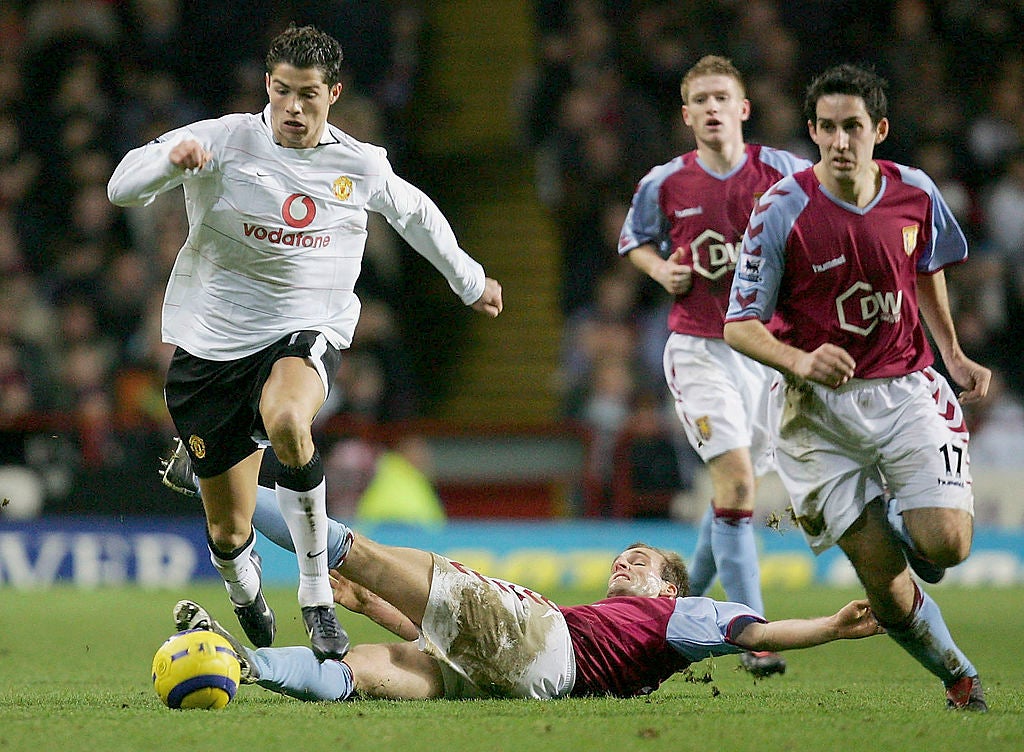 ‘It was about working to get perfection’: Clegg witnessed Ronaldo’s transformation at United

“I never saw a scrawny kid,” says Clegg, who worked through Ronaldo’s entire first spell at United from 2003 to 2009. “That kid had a fantastic physique, a fantastic ability to move. All he needed was time. People sometimes ask for ‘Cristiano’s routine’, his chest routine or whatever, but what are they talking about? It’s five and a half years. It was five and a half years of the hardest work I’ve ever seen from any athlete ever.

“It was never scrawny, what he wanted to do was get the right amount of the strength, the power, the skill, the cognitive processes, and all these things then come together. But it’s also about confidence.”

Clegg offers an interesting insight into how Ronaldo went from a player perceived as “wasteful” to one who became the most productive in the game. It wasn’t always wastefulness. It was practice.

“You can see how it came together for him. Some players practice something and then take it into a game, and if it doesn’t work, they’ll never use it again. Cristiano practices something, then he’ll take it into training games, then take it into a game against teams at the bottom of the league, and he would hone his skills there. He wouldn’t use it in the big games against Chelsea or whoever until he was confident with it. And he never, ever lost confidence he could make whatever he’s working on work. That’s why he got so many people shouting at him. He’s this, he’s that – no. He was working on an apprenticeship. It was about working to get perfection.”

This was the mindset at United throughout that time, that so struck Keane.

“The interesting thing about Ferguson is his ability to try and understand modern methodology,” Clegg says. “He’s big into wars and military history. He recognises, during war time, if they bring in a new type of machine or weapon how effective it is. He didn’t do much coaching himself but always had an influence on the sessions. He looked during training to see what he needed for the battlefront. So he’s bringing the new things to create the best opportunities. He was very creative. He would listen to people, especially players, because players know what they want. Alex Ferguson embraced all these new ideas. He brought Gail Stephenson in because she was an eye specialist. ‘Come on, let’s have a look, you’ve said all these things, now prove it.’ And she proved it. It proved to him that he must be open-minded to get the right stuff into the club.

“Fergie looked at me, looked at my lads, and said ‘that’ll do me, crack on.’” 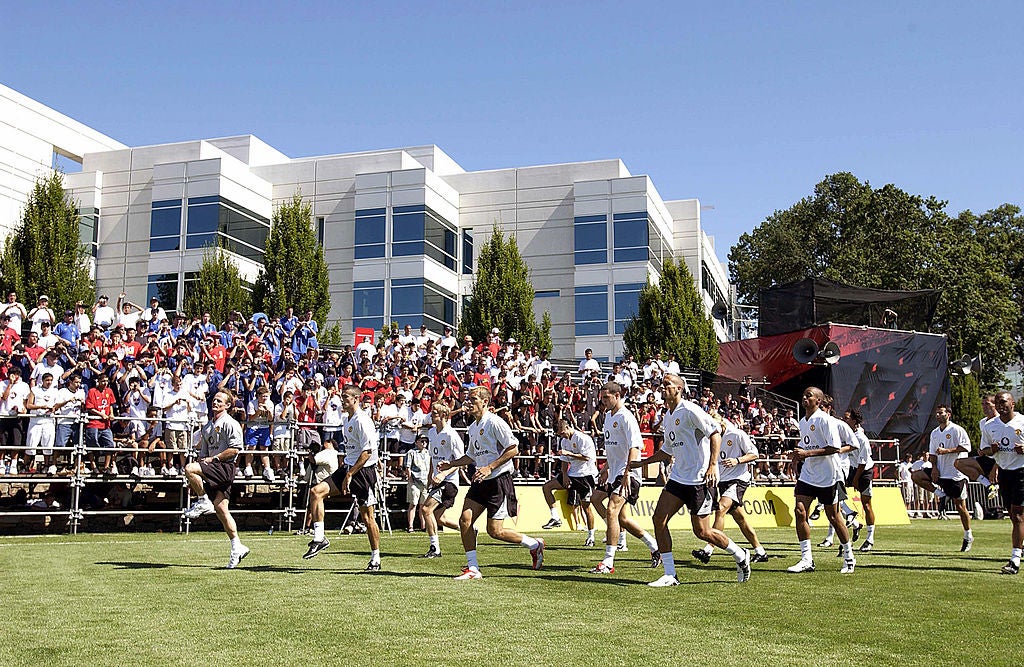 The difference between that and McCarthy made it all the more galling for Keane. The decision about Clegg crystallised so many of his complaints. It was one reason why Keane went to that World Cup so disgruntled, so disillusioned with the preparation.

He felt Clegg could make a real difference, only to realise that mindset was not shared.

“Roy says to me one day ‘what are you doing in the summer?’ I was going to go to Bognor Regis or something, but he says ‘listen, don’t book anything yet, I’ll tell you in a few days’. He comes back to me saying ‘I want you to come to Japan’.

“I couldn’t believe it. Now, at the time, if England had come to me I’d have said no, compared with Roy Keane. You’re not going for the team. You’re going for the leader of the team. He really had specifics in his mind of what he wanted to achieve. He goes ‘I’m going to bring this guy in, I know everybody will love him, he’s got a good personality, very energetic.’ They used to call me the fittest man in the world, and said I influenced them just by my training. I was 45!”

“So that’s what Roy wanted. This power. This strength. This motivation.

“And McCarthy says no.”

“This was maybe six weeks before they went. I was gutted. It was a massive chance.

“That’s why Roy was so annoyed. In Ferguson, he’d been privy to the greatness of a mind that puts everything together.

“He would not be happy to go to the World Cup and think ‘well, we might get through to the next stage’. He was giving everything. I know there’s a lot being said about Roy, but Roy Keane is one hell of a guy.”

Clegg has maintained a good relationship with him, to the point Keane used to go to his gym to keep fit.

They don’t need to talk about what might have been with Ireland. They enjoyed enough success with United.

It is a new frustration, though, on an old story.