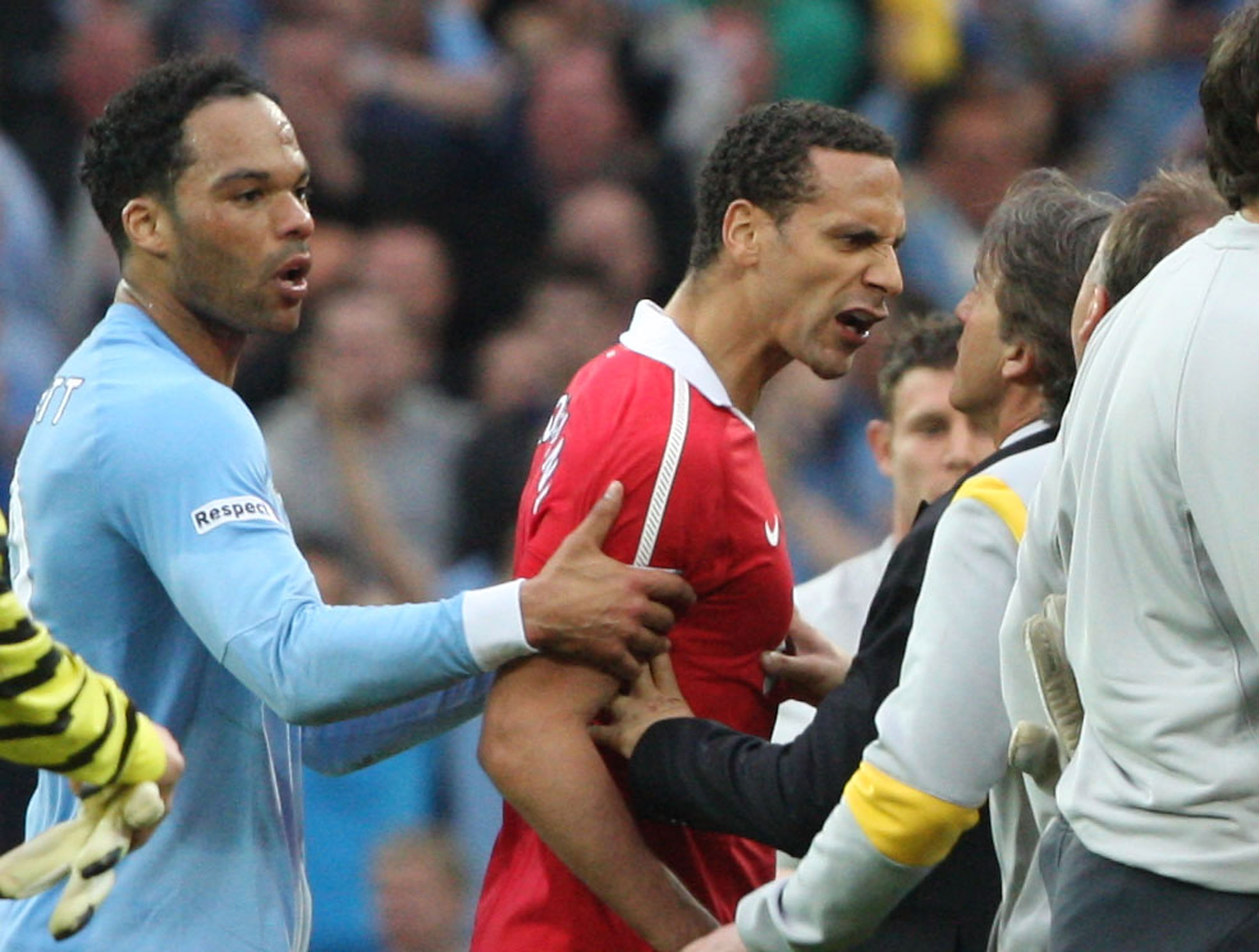 Manchester United legend Rio Ferdinand has revealed how Mario Balotelli once made him so angry he had to be restrained by team-mates.

United played Manchester City in an FA Cup semi-final in 2011 as Yaya Toure’s goal proved to be decisive in a 1-0 win for the eventual champions.

Unsurprisingly tensions were high with plenty at stake in the Manchester derby and Ferdinand was angered by Balotelli’s actions at full-time.

The Italian striker reportedly gestured towards the United fans at Wembley and this irked the former England defender who had to be held back by team-mates, including Edwin van der Sar.

‘That semi-final, that was the moment when I thought “OK they (City) are here to stay,”‘ Ferdinand said on his YouTube channel in a discussion with Vincent Kompany.

‘That was when Balotelli, remember what happened after the game? I wanted to kill him that day.

‘I get on with him but at that moment in time…he was celebrating and giving gestures to our fans.

‘And I was like that is disrespectful and I was going nuts.

‘He was a mad talent, what happened with his career?’

Balotelli won the FA Cup and the Premier League during his three-year stay at City before joining AC Milan in 2013.

He returned for a brief spell at Liverpool before playing in France and Italy having struggled to live up to expectations at several clubs.

‘He was a great person, but Mario is Mario,’ former teammate Kompany said.

‘With that you see everything he has, he had crazy talent but eventually players came through with talent, desire and work rate.

‘Years take a toll on you, there are only so many years you can standstill.’

Balotelli now plays his football for Turkish club Adana Demirspor and has scored five goals in 10 league appearances this season.