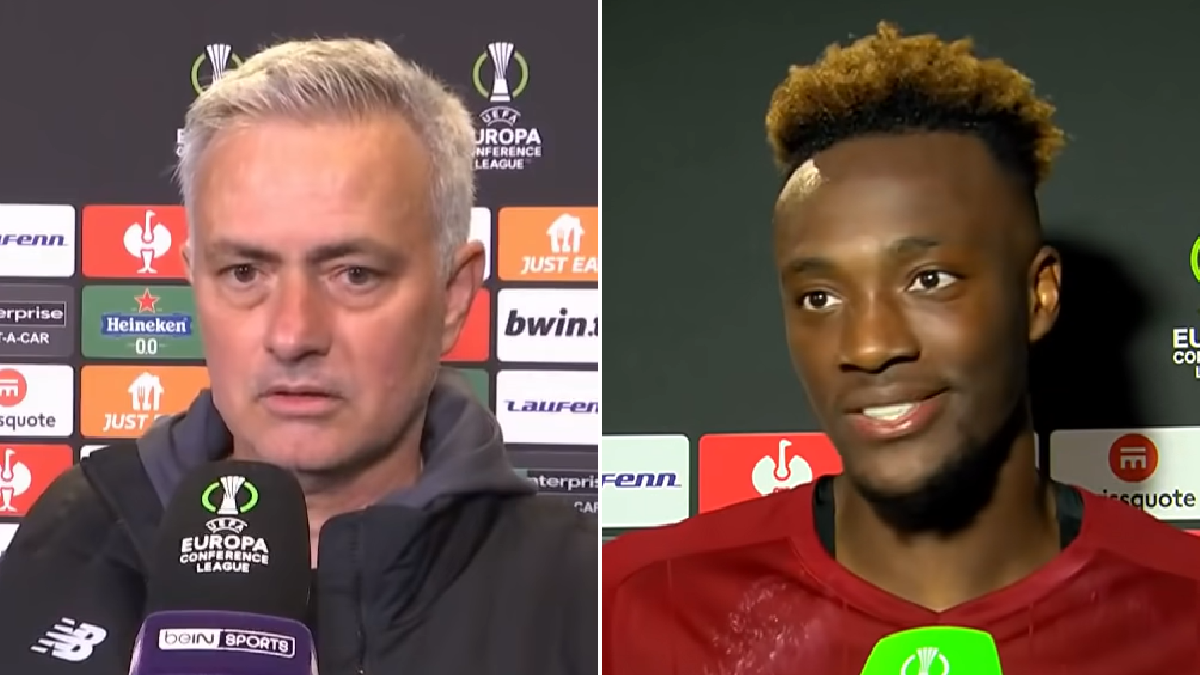 The England international has enjoyed a new lease of life since swapping the Premier League for Serie A in the summer and enhanced his burgeoning reputation with the decisive goal which booked Roma’s place in the final against Feyenoord later this month.

The 24-year-old has now scored 27 goals for club and country over the course of a campaign which saw him break a record held by legendary Argentine striker Gabriel Batistuta.

Despite the undeniable progress Abraham has made under his tutelage, Mourinho insists Abraham can still get better and will continue to shun opportunities to talk up his potential.

‘Tammy knows, I refuse to speak highly of him. Because he can do better and he knows that! He is a great player with potential to be even greater.

‘I refuse to praise him! He needs to work this hard in every game, not just when we are up against Lazio or fighting for a European Final!’

Abraham’s 11th minute header ultimately proved the difference between the two teams on the night and secured a 2-1 aggregate win over Brendan Rodgers’ side.

‘My job is to be active around the box,’ a modest Abraham told BT Sport. ‘That’s the kind of striker I am.

‘Whenever I sniff an opportunity I try to take my chance. I’m not the best at heading but today was a pretty good one.

‘It was a bit of a surprise, but it doesn’t matter who is marking me, if I sniff a chance I have to go for it.’

A shattered Abraham, who was taken off during the closing stages, added: ‘I tried and my team tried. You had to give your all. We left everything out there.

‘In the last couple of minutes I couldn’t breathe. He told me to keep going and we did that.’