‘I can’t believe it’: England hero Beth Mead never ‘even dreamt’ of scoring a hat-trick as her heroics helped the Lionesses saunter into the last eight with a stunning 8-0 win over Norway

Beth Mead was quick to put the team first on an ‘unbelievable night’ but admitted it was beyond anything she had dreamed of to score a hat-trick as England thump Norway 8-0.

‘I don’t think I even dreamt of this, but I’m just so happy I can get the goals again to help the team. Unbelievable night. I can’t believe it.’

The Arsenal striker, who has scored four goals in England’s first two games, however, was quick to play down talk of the Golden Boot. 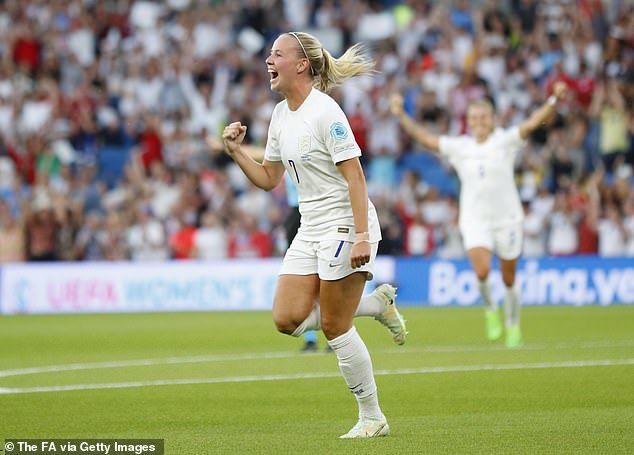 She said: ‘To be fair, I haven’t even thought about it. I just want to get goals for my team and help us win.’

Ellen White was almost lost for words when asked to rank the performance against others in her England career.

She told BBC Sport: ‘Wow! Incredible. I don’t even know how to describe it. You could probably see in our faces in that first half that it was just unreal, the noise, the atmosphere, scoring six goals.

‘It was incredible, and then obviously moving into the second half, another two goals and a clean sheet – it’s just crazy.

‘It’s amazing to score for England. It’s a real honour for me. I’m surrounded by phenomenally talented players. I feel so lucky.

‘Beth Mead is unbelievable. She’s such a lovely person. She’s English so we’re very happy. I’m super proud of the squad and hopefully everyone watching is proud of this England team as well.

‘Obviously 8-0 is a big statement, but we’re staying cool and collected. We’re focused on our own task but delighted to come away with an 8-0 win, a clean sheet and three points.

‘The noise and the atmosphere is absolutely insane. We’re so thankful for that support. Hopefully we can continue to grow as a team but I hope everyone’s proud of us. 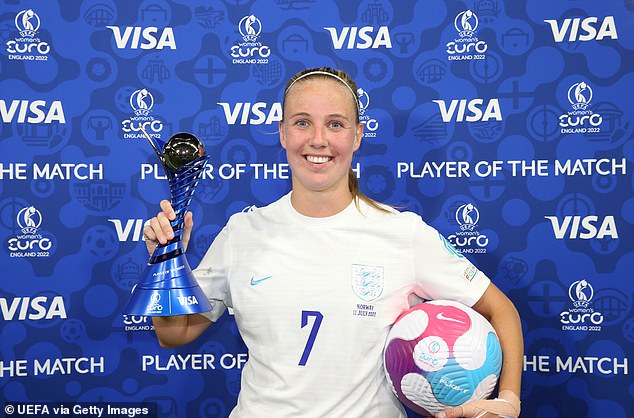 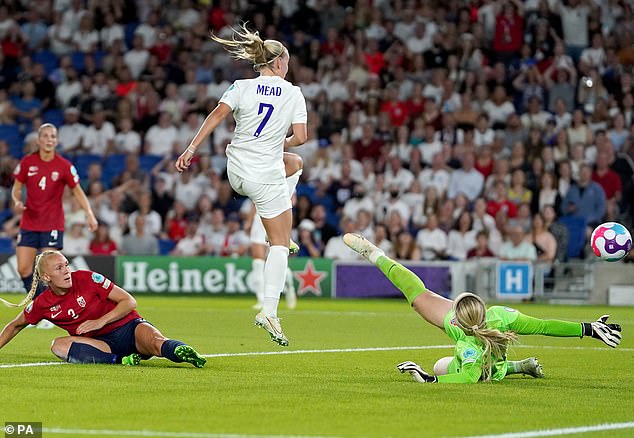 ‘It’s not going to be easy to sleep. We’ll enjoy it tonight then look forward to facing Northern Ireland.’

And White, who scored her 52nd England goal in the first half, claimed that she did not have one eye on Wayne Rooney’s all-time goalscoring record of 53 for England, which she now has every chance of matching in the coming games.

‘It’s not something I’m thinking about. It’s an honour for me, so anywhere I can help this team, I’m happy to do it.’ 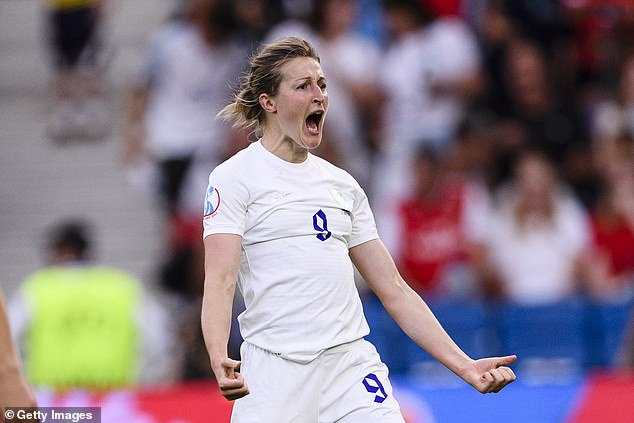