Report and highlights from the Sky Bet Championship clash between Hull City and Bournemouth at the MKM Stadium as Scott Parker’s Cherries were held to a goalless draw by the Tigers on Saturday afternoon. 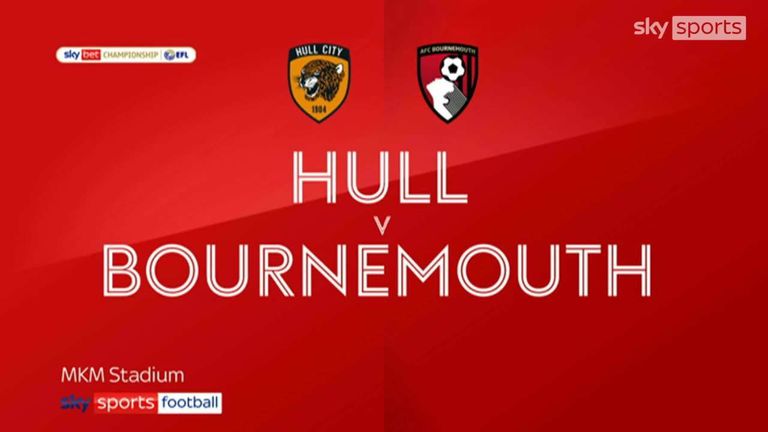 Hull ended a run of three consecutive Championship defeats with a goalless draw against Bournemouth at the KCOM Stadium.

The home side showed real improvement in their performance against a side that will no doubt be pushing for promotion come the end of the season, and they were indebted to goalkeeper Matt Ingram for making two first-class saves in the opening period.

Both sides had chances to win the game, but Scott Parker will probably welcome the point more than Grant McCann after Greg Docherty rattled the crossbar in the second half before Ingram’s moment of madness almost gifted Dominic Solanke a clear chance, but he recovered to atone for his error. 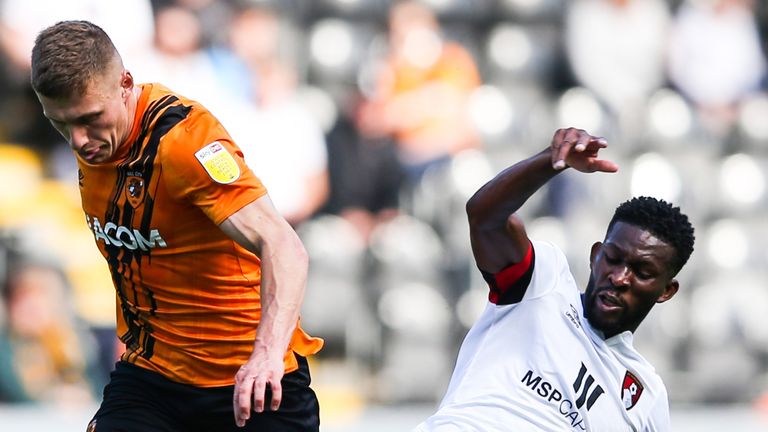 Hull started well and could have been ahead in the opening two minutes through Keane Lewis-Potter. His effort deflected just over, but it wouldn’t have counted with the linesman’s flag belatedly being raised.

The Tigers looked comfortable in the opening stages of the match, but in the 15th minute a misplaced pass from Ryan Longman forced Callum Elder to put the ball behind for a corner.

From the resulting set-piece, Solanke headed goalwards only for Ingram to deny the Bournemouth striker from point-blank range to keep the score goalless.

Solanke was proving to be a handful and shrugged Jacob Greaves off easily to strike for goal, but Ingram again stood firm before Tom Huddlestone hooked the ball clear with 33 minutes gone.

Hull’s best chance came just before half-time. Elder put Docherty through, but his cross was cleared well by Jordan Zemura with Tyler Smith lurking just behind on his debut for the Tigers.

Lewis-Potter gave Jack Stacey a headache down the left side and won a free-kick in stoppage time, but Bournemouth cleared their lines with the score 0-0 at half-time.

Bournemouth started the second half brighter, but it was Hull who nearly went ahead early in the second period. Lewie Coyle’s cross was met by Docherty, but his header hit the bar and bounced to safety.

Not long after, Ingram nearly cost his team a goal with an under hit pass out from the back but recovered well to save from Solanke.

Both sides tried to carve out opportunities, but it was the home side who went close a few minutes from time. Randell Williams’ effort from the edge of the area following a counter-attack just flashed past the far post.

With time running out, it seemed inevitable that the game would finish goalless – and so it proved to be, with Lewis-Potter unable to get on the end of Huddlestone’s free-kick just before the final whistle blew.