Liverpool have wasted no time in conducting their transfer business this summer as they seek to knock Manchester City off their Premier League perch next season. The Reds responded to Sadio Mane’s departure by concluding a mega-money deal for Darwin Nunez and he’s one of two new signings expected to play a key role in Jurgen Klopp’s side in the upcoming campaign.

Upon learning of Mane’s desire to join Bayern Munich this summer, Liverpool moved quickly to secure the services of one of Europe’s most sought-after strikers in Uruguayan hotshot Nunez from Benfica. Mane departed shortly after the forward’s arrival, and he’s been followed out off the Anfield door by a number of fringe players, while the Reds wrapped up deals to sign talented teenagers Fabio Carvalho and Calvin Ramsey.

Having missed out on former Monaco man Aurelien Tchouameni to Real Madrid, Klopp is thought to have postponed plans to acquire a dynamic midfielder until next summer. Despite no further incomings anticipated in the remainder of the current window, Klopp will likely hand two of those new faces their debuts against Fulham when his Liverpool side head to Carven Cottage for their Premier League opener on Saturday 6 August.

With the Reds boss having refreshed his ranks, Express Sport take a closer look at Liverpool’s likely line-up against the Cottagers – in a match last season’s Premier League runners-up can only afford to take maximum points from. 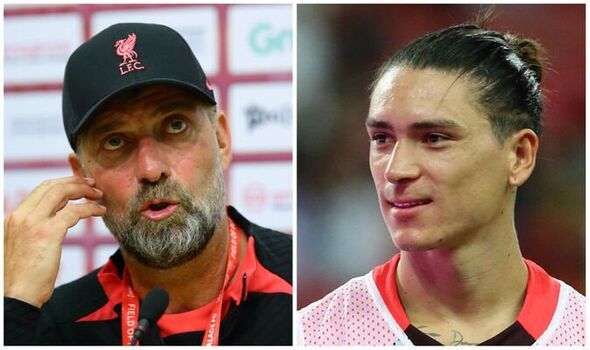 One of the first names on the teamsheet, Alisson has proved himself for Liverpool time and time again. The Brazilian stopper continued to assert himself as an imperious presence between the Reds’ sticks last season and scooped the Premier League Golden Glove award for the second time in his career.

The 29-year-old, who shared the award with Manchester City’s Ederson, recorded a whopping 20 clean sheets in 36 appearances last term. While others may find their positions under threat following the arrival of three new faces this summer, Alisson was never going to see his come under threat.

It was no wonder Liverpool challenged for trophies on all four fronts last season given the vast quality Klopp was able to deploy in front of Alisson. The Reds conceded just 26 goals in 38 Premier League matches last term – the joint fewest along with champions City.

Heading into the new campaign, the marauding pair of Trent Alexander-Arnold and Andy Robertson are expected to continue to offer an attacking threat down both flanks, while Virgil van Dijk looks back to his dominant best, if last term is anything to go by, following a serious injury in the season before. The only position up for dispute within Liverpool’s backline is the one next to the Dutchman, however, don’t be surprised to see the more experienced Joel Matip start ahead of Ibrahima Konate on the opening day at Craven Cottage against a newly-promoted Fulham side who will enter the campaign with plenty of confidence having just torn up the Championship. 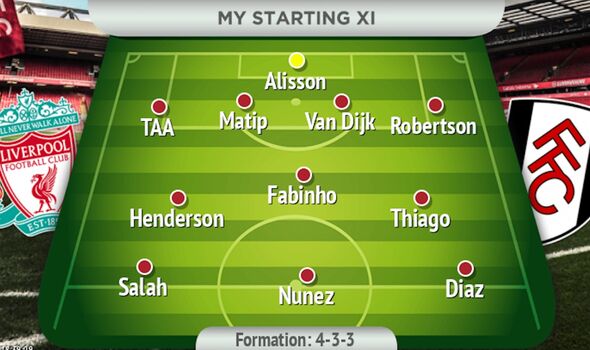 With Liverpool having missed out on Tchouameni and Klopp having shelved plans to sign a new star midfielder until next summer, the centre of the park will likely take on a familiar look against Fulham for the Reds’ Premier League opener. Skipper Jordan Henderson is expected to line up alongside the ever-reliable Fabinho and midfield metronome Thiago, who dazzled at the heart of Klopp’s side towards the end of last season in particular.

Despite no new starters expected, there’s certainly options from the bench. And with the five-substitution rule coming into effect in the Premier League next campaign, expect Klopp to ring the changes at Craven Cottage in order to keep his team fresh, and hand an eagerly-anticipated debut to Carvalho – against the club where he has made his name.

Earlier this week, Klopp lauded the 19-year-old’s versatility and admitted the Portugal Under-21 international is capable of excelling in a number of different roles. He admitted: “He can play so many different positions for us, the way we play. At the minute he’s not really set on one position – it’s the wing, it’s the eight, it’s the 10, it’s the false nine if he grows a few more muscles.” 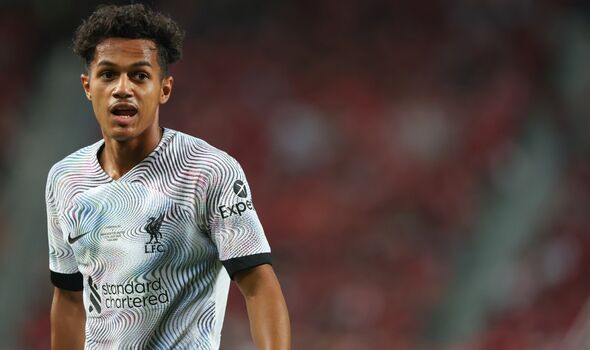 While the opening game of the season will provide Liverpool’s faithful with a hint of sadness as it highlights the loss of fan favourite Mane, there will also be excitement in the air as Nunez makes his competitive debut. The 23-year-old lit up European football last term as he struck 34 goals in 41 appearances for Benfica.

The free-scoring forward will lead the line for the Reds against Marco Silva’s men and likely find himself flanked by January arrival Luis Diaz and Liverpool legend Mohamed Salah – who will no doubt have turned his attentions to chasing the club’s all-time goalscoring record having put his future to bed by committing to a longer term contract.

There will be pressure on Nunez to deliver given his hefty price tag, which could rise to a club-record £85m, and given the hitman is filling the shoes of Mane, who contributed a mightily-impressive 23 goals to the Reds’ cause last campaign. Liverpool’s new No.27 will be well aware that Diogo Jota and Roberto Firmino will be waiting in the wings should he fail to make his mark in the Premier League and get off to a flyer against Fulham.