Holland forward Vivianne Miedema has tested positive for Covid-19 and has gone into isolation ahead of their second European Championship group game against Portugal, the Dutch team announced on Tuesday.

Miedema led Holland to the title after scoring four goals in the 2017 edition, including a double in the final. The 25-year-old has scored 94 goals in 112 internationals.

‘Vivianne Miedema has unfortunately tested positive for Covid-19 and will therefore go into isolation in the coming days,’ the Dutch team announced on Tuesday. 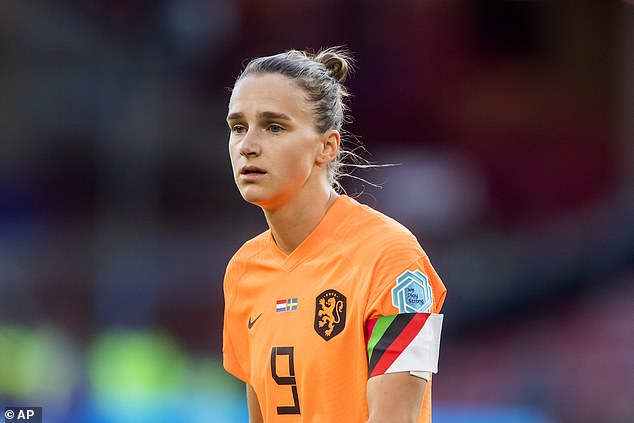 ‘When she no longer has symptoms and tests negative, she can rejoin the team.’

Miedema, who plays for Arsenal, scored 14 goals in 22 appearances last season as the north London club finished second in the Women’s Super League, where she is the league’s all-time top scorer with 74 goals.

Holland drew 1-1 with Sweden in their Group C opener and next play Portugal on Wednesday night.