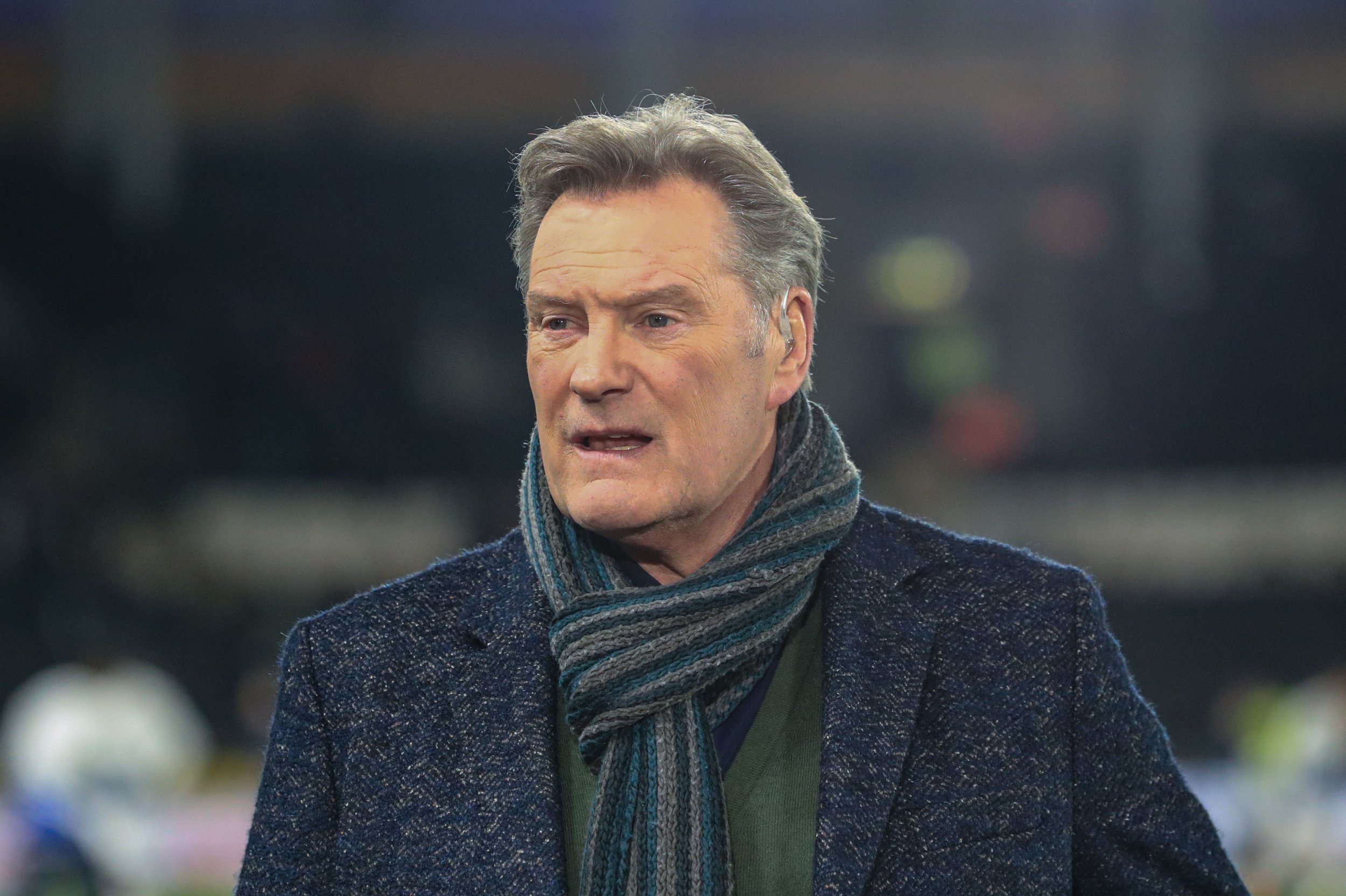 A great player and former England manager, Glenn Hoddle is in no doubt about how he ended up on this path. It was, he believes, his destiny.

‘Football chose me, I didn’t choose football. Simple as that. I was just obsessed with football, went to bed with a red ball,’ the Tottenham legend tells Metro.co.uk. ‘I still love it, it’s a labour of love whatever I do.

At the age of 63, the English footballing great, a classy midfielder in his playing days, is reflecting on a life in the game and also the current stars he loves to watch in his role with BT Sport.

Asked if anyone reminds him of himself, he picks out Manchester City’s Phil Foden, the breakout English star in a team of great passers and technical wizards.

‘I love watching City, Foden and Kevin De Bruyne. Foden excites me. He will really be a top player and in six years’ time he’ll be at his peak. And De Bruyne is a beautiful player, he sees pictures on the pitch others don’t see,’ Hoddle replies, with City at home to Crystal Palace in the Premier League tomorrow afternoon.

Hoddle’s managerial career came to a premature end 15 years ago, when he was just 48. Wolves were his last club and he had also been in charge at Swindon, Chelsea, Southampton, Tottenham and, of course, the national team.

Hoddle watched the sacking of Xisco Munoz at Watford recently with sadness and sees the perils of modern management. Steve Bruce has also left Newcastle while the pressure is on Ole Gunnar Solskjaer and even Nuno Espirito Santo, whose Tottenham and Manchester United teams meet this weekend.

‘They don’t get enough time, that is a fashion that’s gone out the window — time,’ he says. ‘But you’ve got to have some, you really have. It’s ridiculous.’

Hoddle has not been short of offers to make a return to the dugout but has remained in his BT role, behind the mic. Could he ever be tempted back now?

‘In football you never say never. I don’t know if there is a management job or some other type of job in a club for me. I wouldn’t close the door on it,’ he admits. We are talking at the BT studios in east London where, three years ago this week, Hoddle suffered a cardiac arrest on set, being taken to hospital for emergency heart surgery.

A colleague, Simon Daniels, was CPR-trained and saved his life. It is an incredible episode in his life, recounted in a documentary about Hoddle to be shown on BT Sport in December.

He recalls people’s reaction in the wake of his heart attack. ‘There was a weird bit where they were talking as if I was gone,’ he admits. ‘My family had to deal with that. People were talking like that. It was like, “I’m still here”.’

In the film, Hoddle returns to the exact spot where he was taken ill.

‘I’m glad I did it. It helped me in the end but it was probably the toughest part, coming back,’ he confesses.

Did it change his outlook on life? Hoddle says: ‘Of course. I do believe in the after-life anyway. I believe we go on, that’s my faith.’

Which brings us on to ‘that’ interview. In January 1999, just six months after his England team lost on penalties to Argentina at the World Cup in France, Hoddle made remarks in an interview which were ultimately to cost him his job.

It provoked huge public outcry with even then-prime minister Tony Blair getting involved. Hoddle resisted calls to resign but was sacked by the Football Association, two-and-a-half years into the job.

He was reported to have suggested people born with disabilities were being punished for the sins of a former life.

But he maintains: ‘It’s not what I said so if I had said it, it would have been a different scenario. But it’s not what I said and it’s never been my belief, so it’s just frustrating on the football front because I had a squad who could have gone on and done a lot of good things.’

It was not the only controversy Hoddle sparked during his time as manager of England. His use of faith healer Eileen Drewery to treat players was ridiculed at the time and later by some of his squad.

The man himself argues: ‘People thought I met Eileen a week before… I met her when I was 17. I saw her as an extension to the medical staff but people back then with closed minds were never going to see that.’

Again, Hoddle wants to defend his views, which were derided at the time.

‘Why would you not use a tool that worked? It’s been there for thousands of years. We have our heads in the sand if we think healing hasn’t been a part of philosophies from all around the world and we’re opening up now in the west, we understand a bit more about it but for me it had a positive effect from the age of 17,’ he adds.

In fact, Hoddle believes he would have been in the wrong not to ask Drewery to work with players that were open to using her services.

A cultured midfielder for Tottenham and Monaco who, despite winning 53 caps for his country, was arguably never really trusted by the footballing establishment as a player, Hoddle points out that standing out for the way he thought about things was nothing new to him.

‘I might have been different as a player, different in the way I thought tactically and technically and maybe different, very much so, to what was the norm in this country,’ Hoddle adds. ‘But that (using a faith healer) was something I felt I would have let the country down, and the players down on, if I hadn’t given them the option.’

Hoddle prefers to dwell on the highs, with some of the fondest memories being of his time in Wiltshire.

He joined Swindon as player-manager in 1991, aged just 33, and led the unfashionable Robins into the Premier League in 1993, earning plaudits for building a free-flowing team in which, even in his mid-30s and playing as a sweeper, the former Spurs legend was the star turn.

‘I was thrown in at the deep end,’ he says. ‘I loved my time there but it was a case of learning on the job and it was invaluable experience. Brave? Well, brave or stupid!

‘It was tough mentally and physically but I had a good time there, we played some wonderful football.

‘We played three at the back years ago and it makes me laugh when people talk about it now as if it’s reinventing the wheel.’

So, after a lifetime in the game, any regrets? As is often the case, the answer is not straightforward.

‘All of us, if we look back, there are regrets, mistakes,’ he insists.

‘But we don’t focus enough on the positives. As a manager, you focus on your defeats more than your wins.

‘It’s not all bad. As a player I used to think about that. I never thought I’d be a manager but I knew it was about focusing on the good things.’

Hoddle is learning to do that and he claims he stands by his decisions, for better or worse. What exactly is his legacy? ‘I stuck to my guns — I could easily have changed the way I thought about the game in this country but I stuck to my guns,’ he adds.

There will never be another Glenn Hoddle, that’s for sure.

BT Sport will premiere Glenn Hoddle: Extra Time, the next documentary in the award-winning BT Sport Films series, on December 8 at 10pm on BT Sport 1

How to get your Metro newspaper fix

Metro newspaper is still available for you to pick up every weekday morning or you can download our app for all your favourite news, features, puzzles… and the exclusive evening edition!