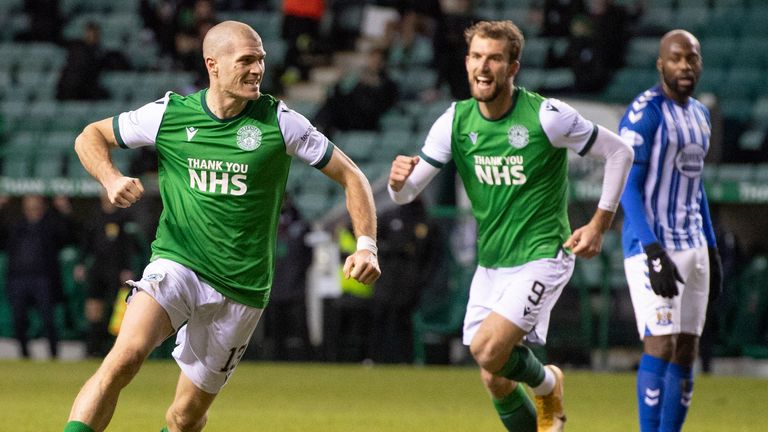 Hibernian leapfrogged Aberdeen into third spot in the Scottish Premiership after halting their four-match winless run with a hard-fought 2-0 triumph over Kilmarnock.

A dire first half of football was forgotten minutes after the restart when the hosts opened the scoring courtesy of an Alan Power own goal, albeit the increasingly impressive Josh Doig deserved the credit for a fine burst forward and delivery.

Killie, who have now lost six of their last nine games, struck the post through Nicke Kabamba as they sought to respond.

But Hibs ensured all three points would remain in Leith courtesy of a stunning strike from the unlikeliest of sources, with Alex Gogic netting his first goal since joining the club last summer. Kilmarnock arrived in Edinburgh without key duo Rory McKenzie and Kirk Broadfoot, who missed out through injury. Chris Burke also dropped to the bench, with Clevid Dikamona, Aaron Tshibola and Mitch Pinnock coming into the side.

Hibs boss Jack Ross, meanwhile, made a huge call by starting new signing Jackson Irvine despite the Australia international last kicking a ball in competitive action more than 10 months ago for Hull.

Hibs dominated the possession in the opening exchanges, taking just 90 seconds to sting the palms of visiting goalkeeper Danny Rogers courtesy of a Paul McGinn drive. 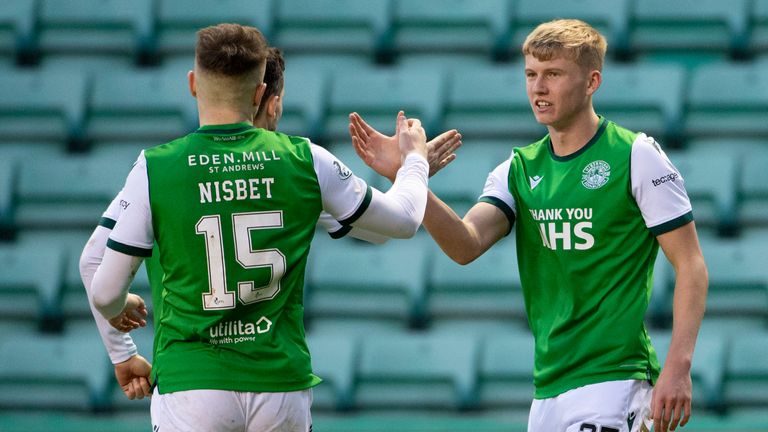 That would prove to be the sole shot on target in a woeful opening 45 minutes, with both teams struggling to find their flow on a poor Easter Road surface.

Mercifully, the second period was an immediate improvement and Rogers was forced into a fine save to deny Gogic after the combative midfielder rose highest to meet a Melker Hallberg corner.

That was a temporary reprieve for Alex Dyer’s men as Hibs broke the deadlock after 51 minutes. Doig was the creator, dashing down the left flank and delivering a whipped cross which resulted in Power diverting the ball into his own net. 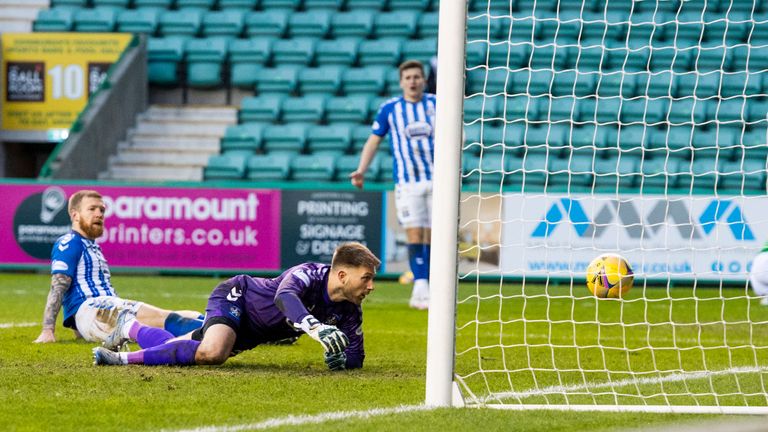 The introduction of Burke and Kabamba sparked the visitors into life and the latter rattled the base of Matt Macey’s left-hand post as Killie chased parity.

Rogers made his third good save of the afternoon when he blocked Martin Boyle’s point-blank header.

However, the Irish goalkeeper could do nothing about Hibs’ second goal, with the unlikely figure of Gogic collecting a Christian Doidge knock-down inside the box and lashing a stunning drive into the roof of the net.