Liverpool are heading into their Champions League clash with RB Leipzig on a bad run of form having lost their last three Premier League games.

Their loss to Leicester sparked several rumours on social media including Jurgen Klopp was going to leave the champions, and that there had been a fracas involving the defender and goalkeeper. 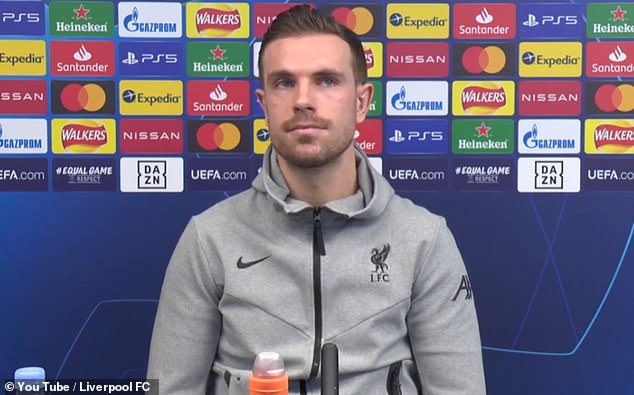 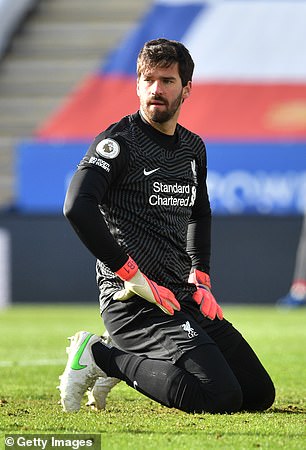 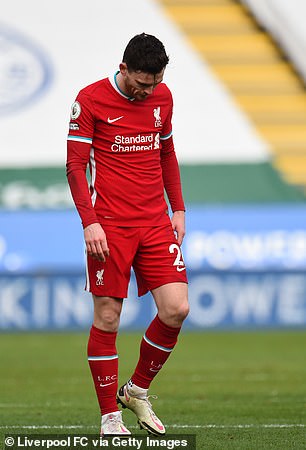 After making two mistakes against Manchester City, Alisson made a further mistake against Leicester when he and debutant team-mate Ozan Kabak collided which then put the Foxes 2-1 ahead as Liverpool yet again imploded.

Ahead of Tuesday’s clash in Budapest against Leipzig, Henderson said of the rumours surrounding his manager and team-mates: ‘I don’t think I even need to comment on something like that.

‘Someone’s sitting behind a keyboard making rumours about the managers or the players in the dressing room, it doesn’t really need me to say anything about it.

‘(They’re) Not true, though I quite liked the rumour where Robbo and Ali were having a fight about something that made us chuckle a bit, but apart from that didn’t give it much thought.’

During the press conference, Henderson was also asked about the impact of Thiago since he joined the club from Bayern Munich.

The Spanish midfielder had an interrupted start to life at the Premier League champions, due to a positive Covid-19 test and an injury sustained against Everton.

He has been a regular in the squad over the past month in a time where Liverpool have struggled on-the-field.

Thiago has had criticism thrown at him from the media and former players suggesting that he doesn’t suit Liverpool’s style of play.

Henderson who was seen having a heated discussion with Thiago during Liverpool’s victory over Leicester, said that the Spaniard though has been a brilliant addition to the squad.

He said:  ‘Thiago’s been brilliant since he’s come in. Everyone knows how good a player he is. He’s been great even off the field he’s a really good person.

‘He leads by example and you learn a lot off him. So I think he’s been a fantastic addition to the squad.

‘He’ll probably know Leipzig better than anyone so he’ll probably be telling one or two things to help us with that.

‘He’s settled in very well like I knew he would and hopefully he’ll keep on improving each time he plays for us and get used to the way we play as a team.’

Their defeat to Leicester means they now sit 13 points behind off leaders Manchester City who also have a game in hand. 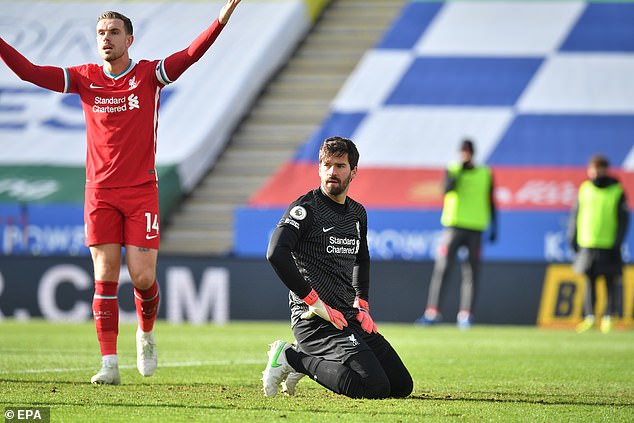 Liverpool boss Klopp conceded the title after their defeat which was their sixth of the season.

The Champions League now looks to be the only likely trophy that Liverpool can compete for this season.

Henderson said it’s down to the players to get out of their current rut and that the Champions League offers them a new opportunity.

He said: ‘It’s difficult when we’ve set the standards we have for  a long period of time, to then the lose number of games we have in a short space of time is not normal for us so it’s something we have to adapt to very quickly.

‘I feel as though lads give everything every time that we play and we need to get our heads down to get out of situation we’re in.

‘Once we do come out of it and hopefully that’s sooner than later we’ll be a lot stronger as a team for it.

‘Strength comes from adversity at times and you stick together as a team, and if we do it we’ll be even stronger come the end.’ 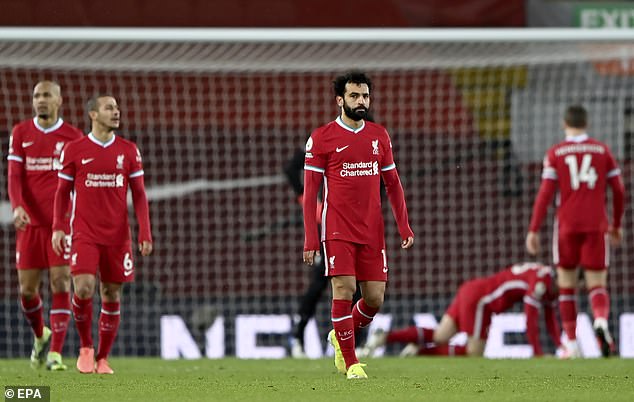