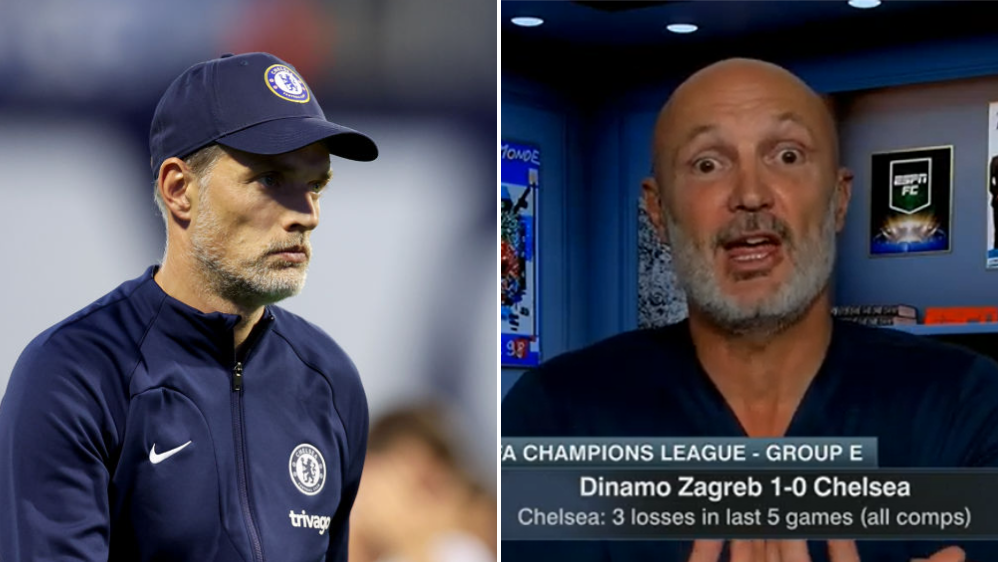 Frank Leboeuf ripped into ‘boring’ Chelsea after their ‘appalling’ defeat to Dinamo Zagreb and claimed Mason Mount ‘disappeared’ during the Champions League fixture.

Chelsea, who were crowned European champions in 2021, began their 2022-23 Champions League campaign with a 1-0 loss to Croatian champions Zagreb.

The Blues, who have dropped points in half of their Premier League matches so far this season, started well but were rocked by Mislav Orsic’s 13th-minute opener.

Chelsea rarely looked like equalising after Zagreb took the lead, although deadline-day signing Pierre-Emerick Aubameyang had a goal ruled out for offside on his Blues debut, while Reece James struck the post late on.

A clearly frustrated Leboeuf said on ESPN: ‘It was boring for 90 minutes. Actually, it was boring for 80 minutes and then suddenly Chelsea said, “wow, we’re running out of time, we better rush now”.

‘What happened for the first 80 minutes? What happened in their heads? Is the tactic to make the most passes in the game and not to care about the result?

‘I was so upset watching that because for me it’s a waste of time. We know they were going to keep the ball, go left to right, right to left, maybe somehow someone will do something special.

‘But football is not like that. Chelsea sign Aubameyang and he has a chance. Because he doesn’t want to be selfish, he doesn’t shoot. Clearly as a striker he needs to shoot. Of course I’m not blaming him for the loss.

‘But we’re expecting so much more from the talent on that field.’

Leboeuf, who spent five years at Chelsea, was particularly disappointed by England international Mount, adding: ‘I want to talk about Mason because we never talk about him because he’s the little boy from Chelsea.

‘But he disappeared! I’m sorry, Mason disappeared. I want to know where he is. He’s fantastic, a great player but his involvement in the game was not enough.

‘That was an appalling performance against a very average team.’

Chelsea’s underwhelming display did not come as too much of a surprise given the club’s indifferent start to the Premier League campaign.

The Blues have failed to win three of their opening six league games and were fortunate to beat London rivals West Ham last weekend.

‘They don’t want to take any risks, they want to do the minimum to survive and that’s totally not what we expect from them. We expect them to face up and take some risks. They don’t seem able to do that right now.

‘I don’t know what they can change because it’s totally in their heads right now. I’m a former Chelsea player but I’m concerned. I love that club but I have to say the truth.’