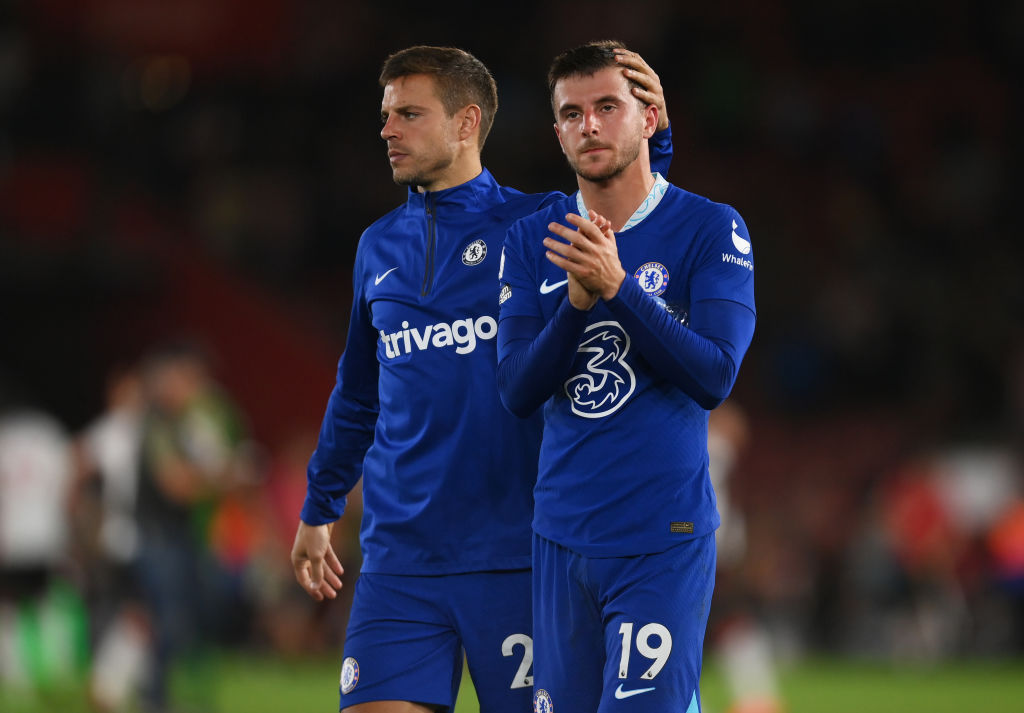 Former Chelsea midfielder Craig Burley has blasted Kai Havertz and three of his team-mates after the club’s ‘unacceptable’ Premier League defeat to Southampton.

Chelsea’s mixed start to the new season continued at St Mary’s on Tuesday night as Ralph Hasenhuttl’s young side came from behind to win 2-1.

The visitors started brightly and took the lead through £50m summer signing Raheem Sterling, who now has three goals in his last two games.

But Southampton were ahead just 22 minutes later thanks to goals from Romeo Lavia and Adam Armstrong, with Chelsea showing little after the break as they attempted to fight back.

Burley told ESPN: ‘They were poor and it wasn’t surprising. Yes, they beat Leicester at the weekend but again, away from home, they’re poor.

‘They took the lead against a team a lot of people are tipping for relegation. None of Southampton’s players would get near the Chelsea team.

‘It’s another unacceptable performance. It’s unacceptable. I know they’ve got one or two out [injured] but so what? It just wasn’t good enough. And it’s not an anomaly.

‘Look at the performance at Leeds. They scrapped a win at Everton. I’m sorry, we’re trying to find excuses here but it’s not good enough.’

Burley, who made more than 100 appearances for Chelsea in the 1990s, picked out Havertz, Mason Mount, Christian Pulisic and Hakim Ziyech for criticism.

The 50-year-old fears Havertz is going the same way as Timo Werner, who he claims ‘couldn’t cut it in the Premier League’ before he returned to the Bundesliga.

He added: ‘Listen, with Kai Havertz, I’ve said it before… it’s all very well playing well in the Champions League, scoring in the final, that’s great for him, but there’s 50 games in a season.

‘Timo Werner’s gone back and scored a hat-trick in Germany, that tells you all you need to know. He couldn’t cut it in England and Havertz is the same.

‘Mount’s not playing well. They’ll all been crying about Pulisic after that. It’s up to these players to do it.

‘Ziyech, he’s lightweight. When he came in under [former manager Frank] Lampard we were all worried because he looked injury-prone and weak.

‘These players are all worth millions. The manager needs to sort it out.’

Chelsea have now dropped points in three of their first six games of the new season and sit eighth in the Premier League, five points behind leaders Arsenal.

The thoughts of our head coach following #SouChe. ð¥

Blues boss Thomas Tuchel said: ‘It is too easy to put us off balance, to beat us, to confuse us. It is too easy. It happened against Leeds. We need to understand why and find solutions.

‘We lose concentration, we lose our plan and lose consistency, it is too easy to beat us.

‘We need to have answers, we need to step up and play a level higher if needed. We struggled to do this.’

Chelsea will be desperate to produce a better performance on Saturday when they face London rivals West Ham.