Kai Havertz will wear a pair of personally-designed, limited edition boots against Arsenal and auction them off as part of his campaign to raise funds to help those affected by the fatal floods in western Germany.

Chelsea’s Champions League final hero has family who still live in the North Rhine-Westphalia district and spent time as he grew up in some of the areas that were worst hit by last month’s floods which were caused by torrential rain.

At least 58 people died and almost 4000 flood victims lost their homes and were forced to move into emergency accommodation. 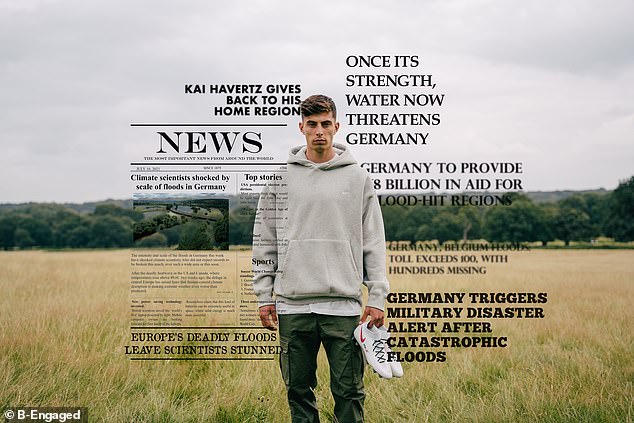 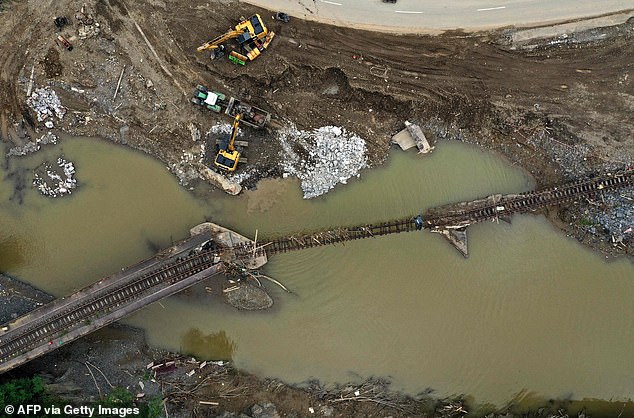 Havertz has sent a number of gifts to his homeland to support help those in need, including €200,000 in cash.

And he hopes to generate further money to support Red Cross Germany from the Nike boots he has designed himself in the colours of the North Rhine –Westphalia flag, green white and red. Ninety-nine other pairs will be sold to raise money for charity.

Attacking midfielder Havertz’s shirt from Sunday’s clash will also be up for grabs with the auction running from Sunday August 22 to Friday August 27 via Charity Stars while donations can be made on the Red Cross’s donation page.

Havertz said: ‘I’m in a hugely privileged situation and I hope by starting this campaign supporting the Red Cross Germany I can inspire others to give what they can to help. 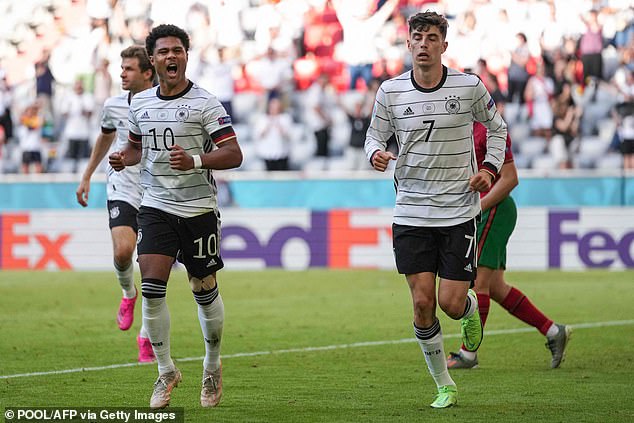 ‘My limited edition boots are a sign of solidarity with those suffering, to show that I stand with my community and I am thinking of them.

‘I was so shocked when I first saw the images, it’s difficult to comprehend what the people must be going through right now, but I knew I had to do something.

‘By donating money, we can help Red Cross Germany with their relief and assistance efforts on the ground to make sure it gets to people that need it most.

‘I want to say thank you to 11TeamSports for their help with logistics and for pledging all money from sales to the campaign.’