Two-goal hero Harry Kane was welcomed back to Tottenham with the pomp of a returning hero after his desire to join Manchester City… no malice, no menace – gone is the venom and sparks of before

The stands began to rumble as soon as Harry Kane’s face appeared on the big screen.

The noise quickly snowballed and, by the time the stadium announcer reached for his mic, Kane’s name and number had been drowned out by a deafening, defiant roar.

Who said football’s relationship with loyalty was long since doomed? Whoever thought a botched attempt to jump ship might put a few noses out of joint? Turns out all’s well that ends well. 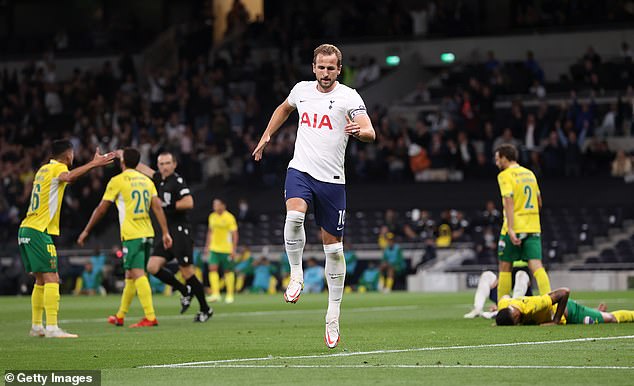 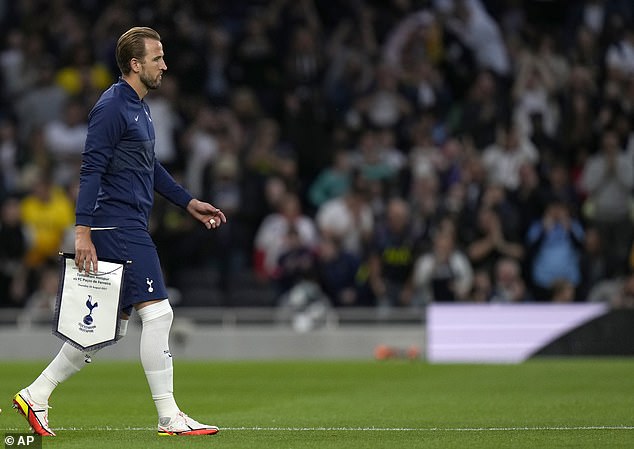 The striker, chased by Manchester City all summer, captained his side for their European tie

On Thursday night, a day after Tottenham’s talisman accepted defeat in his escape mission to Manchester City, he was welcomed home with the pomp of a returning hero.

Still one of their own, still the darling in these parts. Still their best hope of reclaiming glories, too.

Perhaps that explains these fans’ forgiveness. Kane has vowed to give his all to Tottenham and this was a decent way to soothe any lingering frustrations.

Within 20 seconds last night he was in on goal. That chance went begging but he was up and running shortly after. By half time the stand-in skipper had put them ahead in the tie. 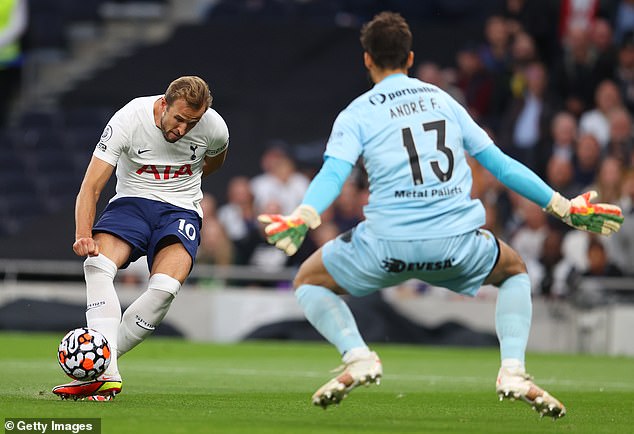 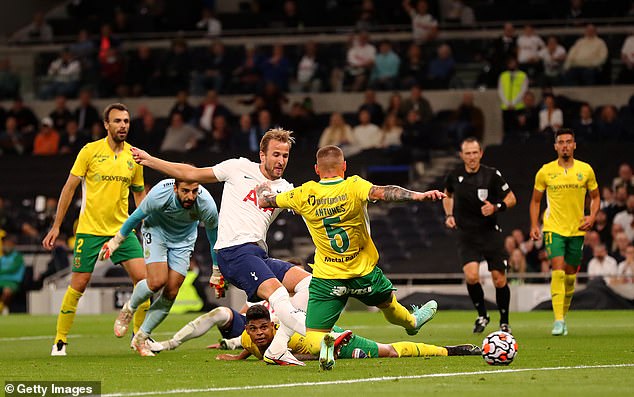 Both goals prompted that familiar routine: a kiss of the knuckle, a jump and punch of the air. What saga? Kane even had time to clap another rendition of this crowd’s favourite ballad.

Family reunions won’t come much tamer than this. No matter the wandering eyes of Spurs’ prodigal son.

True, the visit of Pacos de Ferreira was never likely to quicken many pulses. But, more crucial still, the crowd here proved easy to please – more pantomime than Premier League. 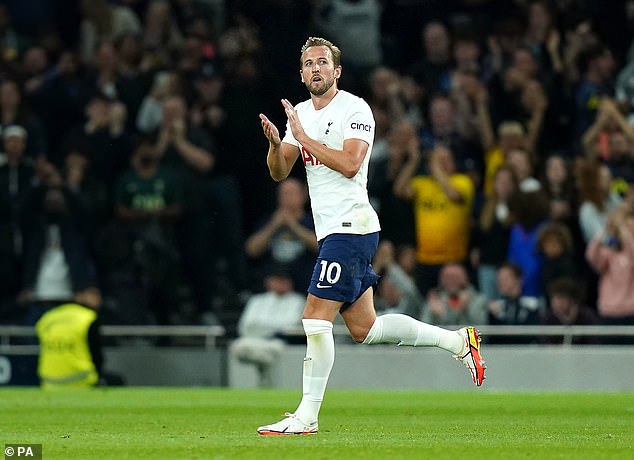 No malice, no menace. Instead, for one night only, this place morphed into a 360-degree family stand.

Gone was the venom and sparks of earlier this month, when Kane sat out victory over City and the home crowd asked him: ‘Are you watching?’

Before kick-off last night, they should have posed another question: are you listening, Harry? 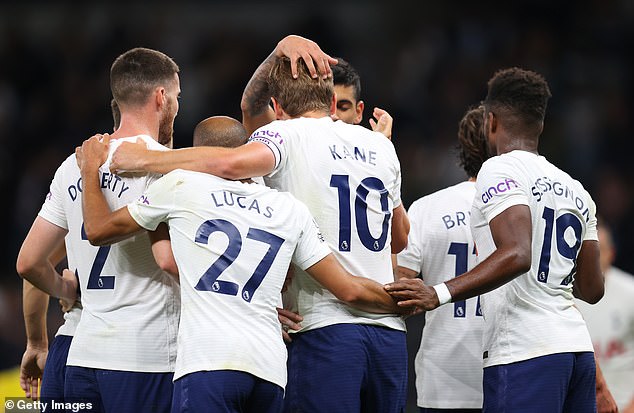 To the cheers that told the early birds that Kane would make his first start of the season. To the applause that flittered up the South Stand as he led Spurs out for their warm-up.

And to the pitchside MC who at one point suggested these players could secure their place in Spurs’ folklore with victory in the Europa Conference LeagueTM. Stuff of dreams, isn’t it? Who would look elsewhere?

Such prized silverware is still within reach thanks to Kane. No wonder, with 19 minutes left, this stadium rose to salute his final bow.