Harry Kane reportedly turned down a new Tottenham contract, which would have seen him receive a significant pay rise, when he returned for pre-season earlier this month.

Kane wanted to leave north London to join Manchester City this summer but Spurs rejected their bid and the striker confirmed on Wednesday he would be staying at the club.

There had been reports that Kane would enter talks over a new contract but wanted the club to make him the Premier League’s biggest earner with a salary of £400,000-a-week. 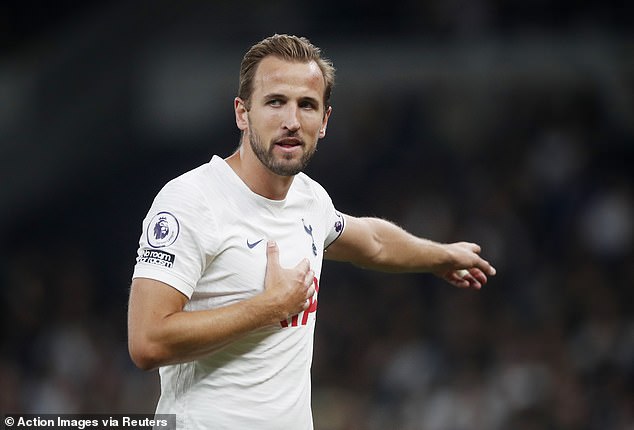 But The Athletic claim the forward turned down a bumper new deal after sitting down with Daniel Levy and Fabio Paratici when he returned from his summer holiday on August 7 and there is said to be little appetite from Kane’s camp to sign an extension.

The new contract would have seen the England captain earn a significant pay rise but the offer was reportedly time-limited and no longer on the table. 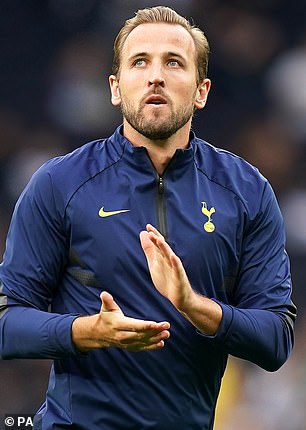 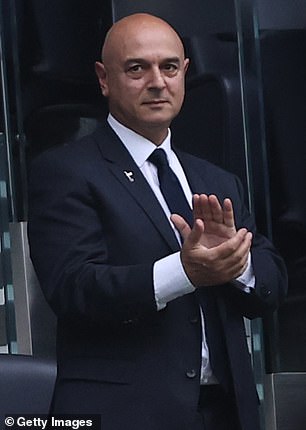 Kane is thought to have been given a pay rise when Spurs refused to sell him last summer, with the striker’s current deal said to be worth £300,000-a-week.

Kane has two years left on his current deal and has not committed to staying at Spurs beyond the end of this season.

The striker tweeted on Wednesday:  ‘It was incredible to see the reception from the Spurs fans on Sunday and to read some of the messages of support I’ve had in the last few weeks.

‘I will be staying at Tottenham this summer and will be 100% focused on helping the team achieve success.’

The 28-year-old returned to action in Spurs’ 1-0 victory over Wolves before scoring twice in the UEFA Conference League clash with  Pacos de Ferreira on Thursday, his first goals since the transfer saga ended.

Nuno Espirito Santo insisted Kane is 100 per cent committed to Tottenham and said he had nothing to prove.

‘I see Harry every day since he joined us. He doesn’t have to prove to anyone. He’s committed. You can see. All the situations that happens is part of the past, let’s look and move forward,’ Nuno said after the game.

‘I see him in the training sessions. I saw him today at the end of the game… he is one more that will help us.’

The striker was given a standing ovation by Tottenham fans and, as revealed by Sportsmail last week, sources close to Kane insisted he will continue to give everything to Spurs, despite feeling that the club have not matched his ambitions. 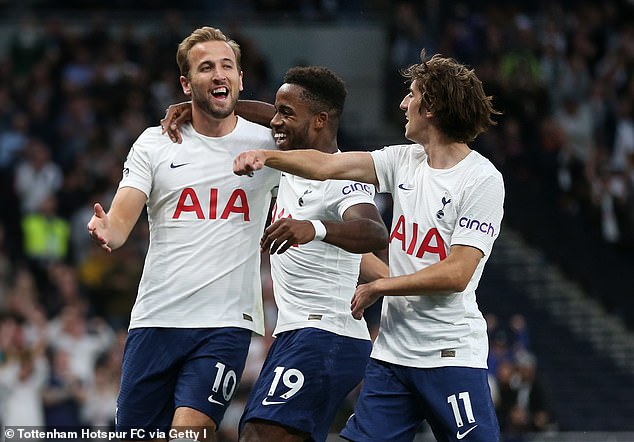 Kane’s camp claim it was agreed he would be permitted to leave if Spurs didn’t win a trophy or qualify for the Champions League last season.

Manchester City are now linked with signing Cristiano Ronaldo, with his agent Jorge Mendes in talks with the club over a move.

City were offered Ronaldo last week but a move only became possible after their pursuit of Harry Kane collapsed.

They have not committed themselves to a move for Ronaldo, who will be 37 in February, and it is understood there is no agreement yet with either Juventus or the player.

HOW THE KANE SAGA UNFOLDED

Harry Kane reiterates to chairman Daniel Levy that he wants to leave Spurs in summer after failing to finish top four or win a trophy.

The 28-year-old appears to wave goodbye to the Spurs fans after their final home game of the season, a 2-1 defeat by Aston Villa.

Kane’s interview with Gary Neville, recorded a few days earlier, is streamed on YouTube. He tells Neville he needed ‘a good, honest conversation with the chairman’ about his future.

After a poor start to Euro 2020, England captain Kane denies being distracted by reports that Manchester City, his preferred destination, have made a £100m offer to sign him.

Kane is said to have told guests at his brother’s wedding that he was set to join Pep Guardiola’s side.

He fails to report back for pre-season training at Spurs.

Kane says on Twitter that he ‘would never’ refuse to return to training and that his absence was ‘as planned’. City boss Guardiola tells reporters he wants to sign the striker. Levy values his star man at £150m.

Kane returns to Tottenham but has to quarantine from his team-mates after his summer holiday in the Bahamas.

Spurs boss Nuno Espirito Santo insists Kane is still in contention for the first game of the season against his suitors City.

Kane returns to training on his own and holds talks with Nuno for the first time.

Spurs beat City in the opening game of the season with Kane not included in the squad. After the match, Nuno says he expects him to stay at the club.

Kane trains with his Tottenham team-mates for the first time but accuses Levy of breaking promises in not allowing him to leave.

Kane makes his first appearance of the season for Spurs, coming on as a substitute during their 1-0 Premier League win at Wolves.

Tottenham believe they are winning the battle to keep Kane as it emerged Manchester City’s opening offer for the striker was worth only a guaranteed £75m.

Manchester City are ready to make one final push for Kane with the Premier League champions undeterred by Spurs’ resolute stance.

Kane confirms he will be staying at Tottenham by tweeting he is ‘100 per cent focused on helping the team achieve success’.