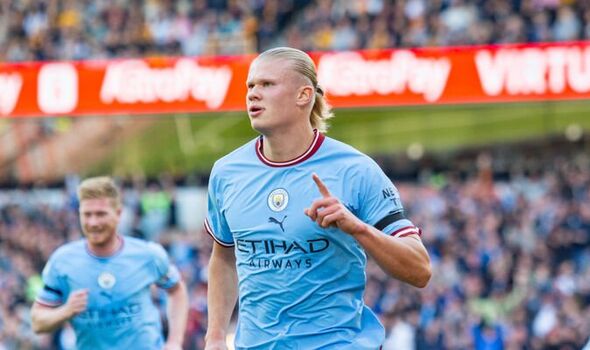 Erling Haaland has been backed to break new ground in the Premier League this season by becoming the first player in the league’s 30-year history to score a double hat-trick in one game. The Manchester City talisman’s unstoppable form has seen him receive praise from colleagues and pundits alike, with Darren Ambrose boldly predicting that he will score an incredible six goals in one match.

The £51million signing from Borussia Dortmund endured some heavy criticism over his debut performance in the 3-1 Community Shield defeat at the hands of Liverpool. But it appeared to be nothing more than shaking off rustiness from pre-season as he soon silenced his doubters.

The 22-year-old has defied questions over his ability to slot into Manchester City’s playing style to take the Premier League by storm, scoring 11 goals in his first seven matches. Haaland has also only spent 575 minutes on the pitch, meaning he is currently averaging a goal every 52 minutes in the league this season.

He scored back-to-back hat-tricks against Crystal Palace and Nottingham Forest, becoming only the sixth player to manage the feat. The only match he has failed to find the net was the 4-0 hammering of Bournemouth, and even then the Norway international set up one of his team-mates and was credited with an assist. 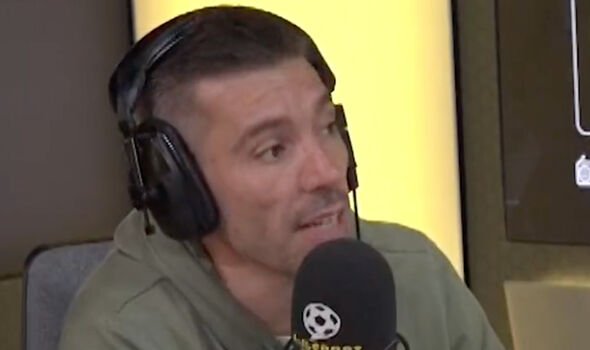 Only five players in Premier League history have scored five goals in a single game, with Jermain Defoe, Alan Shearer, Dimitar Berbatov, Andy Cole and Sergio Aguero all writing their names in the history books. No player has managed to usurp the quintet’s goal tally in a single match yet though.

But former Charlton man Ambrose, now a radio pundit, thinks Haaland’s thirst for goals could take him beyond the legendary strikers and break the all-time record.

“He [Haaland] scores a hat-trick and then when comes off, he’s unhappy that he hasn’t scored four or five,” Ambrose said on talkSPORT. “And I’m telling you now, I think we could be seeing the first player in Premier League history to score a double hat-trick in one game. Six goals!” 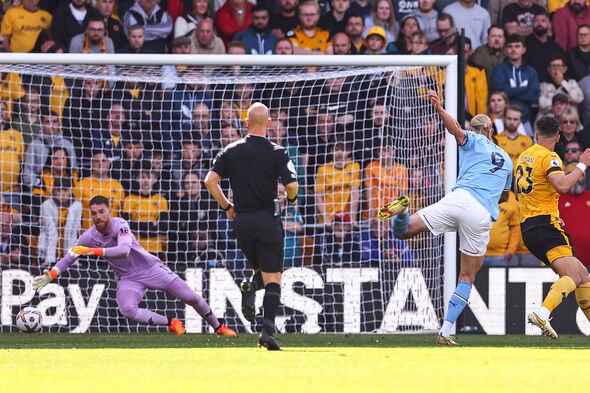 While few would be expecting the towering forward to produce the historic moment at all, let alone in the derby, it would go down as one of the most sensational moments in history if he hit the Red Devils for six.

But the striker revealed what his “dream” would be after being quizzed on whether he was involved enough in the build-up play, having scored against former club Dortmund. He told beIN SPORTS: “My dream is to touch the ball five times and score five goals! That’s my biggest dream.”