Home » Soccer » Greenwood, Saka and Bellingham named in U20 World Team of the Year

REVEALED: Man United’s Mason Greenwood leads the line while Arsenal’s Bukayo Saka gets in midfield with Dortmund star Jude Bellingham and Kopa Trophy winner Pedri for the U20 World Team of the Year

Mason Greenwood and Bukayo Saka have seen their performances in 2021 recognised by being named in the Under-20 World Team of the Year.

Determined by The International Federation of Football History and Statistics (IFFHS), Greenwood and Saka are the only Premier League stars to make the select XI.

The award is in its second instalment after it was introduced in 2020 and players gain positions based on statistical data across a range of categories chosen by IFFHS. 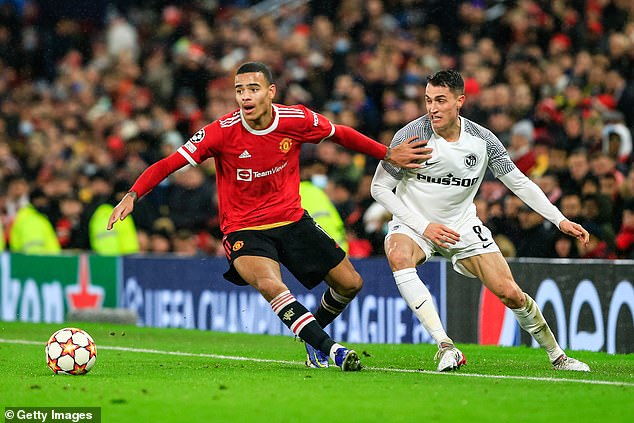 IFFS, founded in 1984 in Leipzig, Germany, has a system which gives 20 points to first place in any category, 19 points to second and so on and so forth.

The 11 players in the U20 World Team of the Year have all excelled across the last 12 months.

Only two players from the inaugural 2020 team have retained their places with Real Madrid’s Eduardo Camavinga, then of Rennes, and his now Madrid team-mate Rodrygo getting in for a second time.

As well as Greenwood, 20, and Saka, 20, there is another player of English interest, as Borussia Dortmund starlet Jude Bellingham earned a spot in a four-man midfield along with Saka. 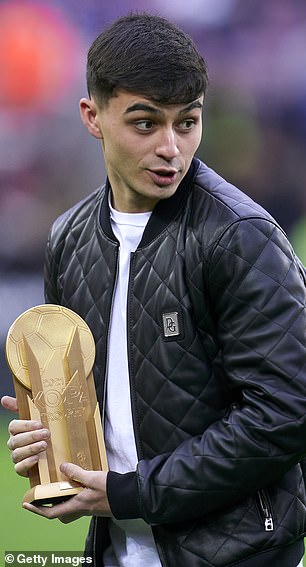 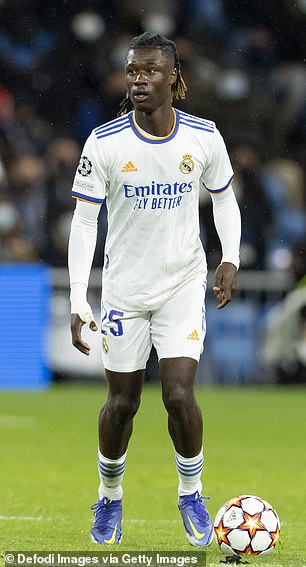 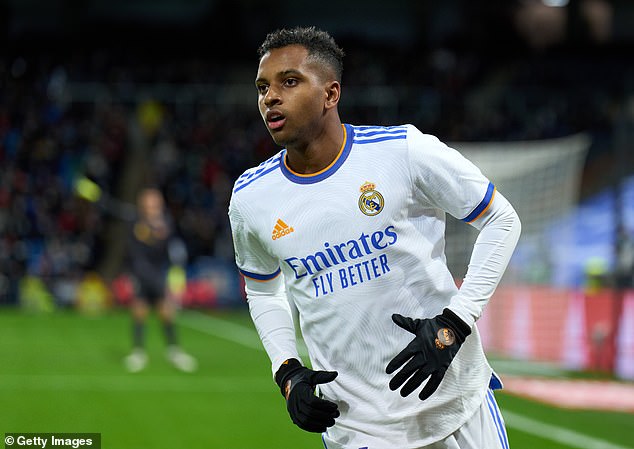 Like Camavinga, Rodrygo was also in the 2020 team and he keeps his place 12 months on

Bellingham, 18, has been a revelation in Germany since swapping Birmingham City for Dortmund in 2020 and his form has impressed so much he has won senior caps with England in the past year.

Joining Bellingham and Saka in the midfield is Camavinga and 2021 Kopa Trophy winner Pedri.

Pedri edged out Greenwood, Saka and Bellingham to the prize in Paris last month to become the latest Golden Boy of European football.

The 18-year-old midfielder played over 50 times in his first season for the LaLiga giants last term, before going on to be a key player for the Spanish national team at the European Championships and Olympic Games over the summer.

Pedri became the first Barcelona player to win the award since Lionel Messi picked up the prize in 2005 and joins the likes of Kylian Mbappe and Erling Haaland in claiming the honour in recent years. 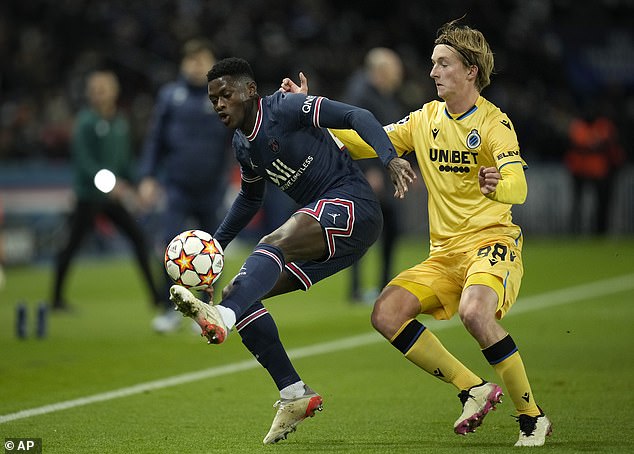 Along with Rodrygo and Greenwood in attack is Bayern Munich starlet Jamal Musiala.

The 18-year-old, who scored Bayern’s third in their latest Champions League win over Barcelona, has settled in impressively to life at the Allianz Arena and is seen as one of the stars of the future along with his long-time friend Bellingham.

IFFHS selected a 3-4-3 formation and defensively one player comes from LaLiga while the other two are over in France playing in Ligue 1.

In goal is Shakhtar Donetsk’s Anatoliy Trubin, who has impressed scouts in Europe despite the Ukrainian side’s struggles in this season’s Champions League. 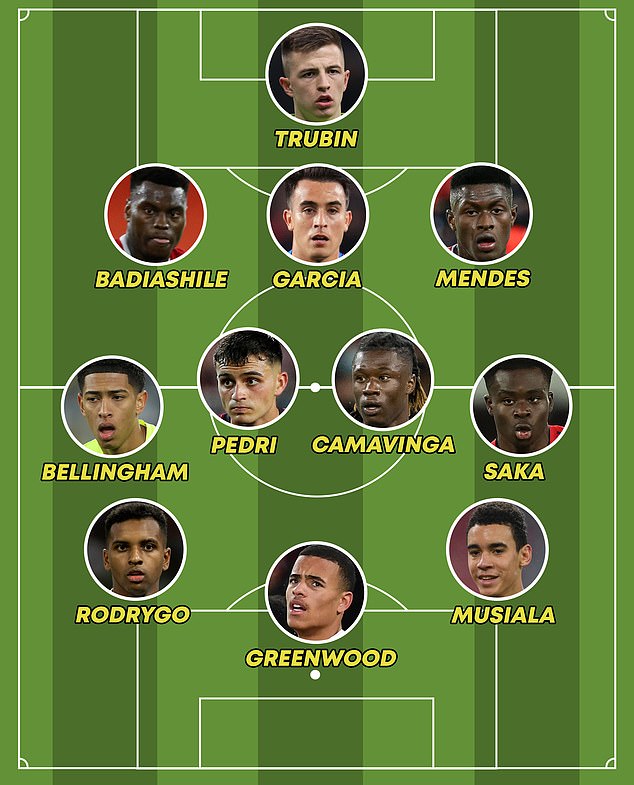