Jack Grealish is primed to take the Euros by storm after transforming himself from off-field troublemaker to world-class playmaker.

Warranted or not, Grealish was long perceived as a wayward roundball genius, whose brilliance on the pitch was overshadowed by self-inflicted problems off it.

Which is probably why, according to Daley, it took until last September – and an injury crisis – for Three Lions boss Gareth Southgate to finally take a chance on the Villa skipper. What an inspired gamble that has proved.

Grealish was not only an automatic pick for England’s Euro squad last week – despite three months out with a shin injury – he is a serious contender to start next Sunday’s Group D opener against Croatia.

That is some turnaround and Daley is full of admiration for the reformed Midlands man.

The legendary Villain, capped seven times by England in the early 90s, declared: “What Jack’s done is truly amazing.

“Villa fans already knew he was good enough for this England side – yet early last season the big debate was if he should even be in the squad. 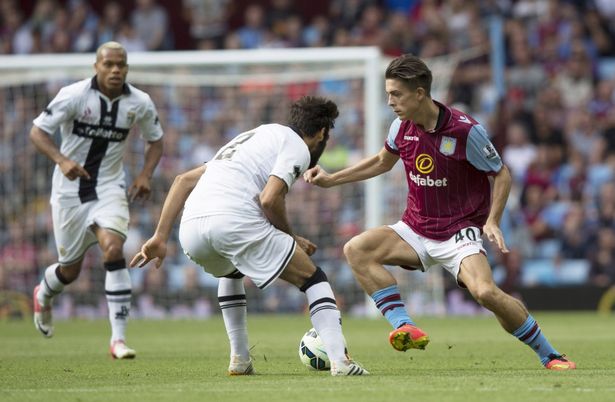 “Jack was seen as a guy always in trouble. Of course, he's made mistakes but he was young. He’s only 25 now.

“I’ve known him for quite a while. He’s a top lad, a great character, totally committed to Villa and his football.

“Now England are benefiting and seeing this player who creates and scores goals, who makes great runs with the ball.

“But they also have someone willing to work hard and desperate to help the group.

“He’s matured massively – and that’s why Southgate has been won over. “

One issue within Southgate’s set-up is a lack of experience. Injury worries to Manchester United skipper Harry Maguire and Liverpool counterpart Jordan Henderson are compounding that situation.

Yet Daley argues his beloved club hold the answer – or rather two – in Grealish and Villa team-mate Tyrone Mings. And he also insists central defender Mings is a capable replacement should Maguire fail to win his fitness race.

“Jack’s shown for the last four years he’s a natural-born leader by the way he plays for Villa,” Daley, 53, went on.

“The treatment he gets every week from defenders, getting whacked, he does that for the team. His individual skill is obvious but so much of his other work goes unnoticed.

“It’s the same with Tyrone. He’s a captain at the back for Villa. He never stops talking, shouting, organising.

“I keep hearing England won’t have enough leaders without Maguire and Henderson. Well, they definitely have two in Jack and Tyrone.

“Tyrone used to have a mistake in him most weeks but not anymore. He’s almost always in the right place these days and then there’s his left peg…incredible.

“He doesn’t just boot long balls, he picks out brilliant, raking passes. I've no worries about him."